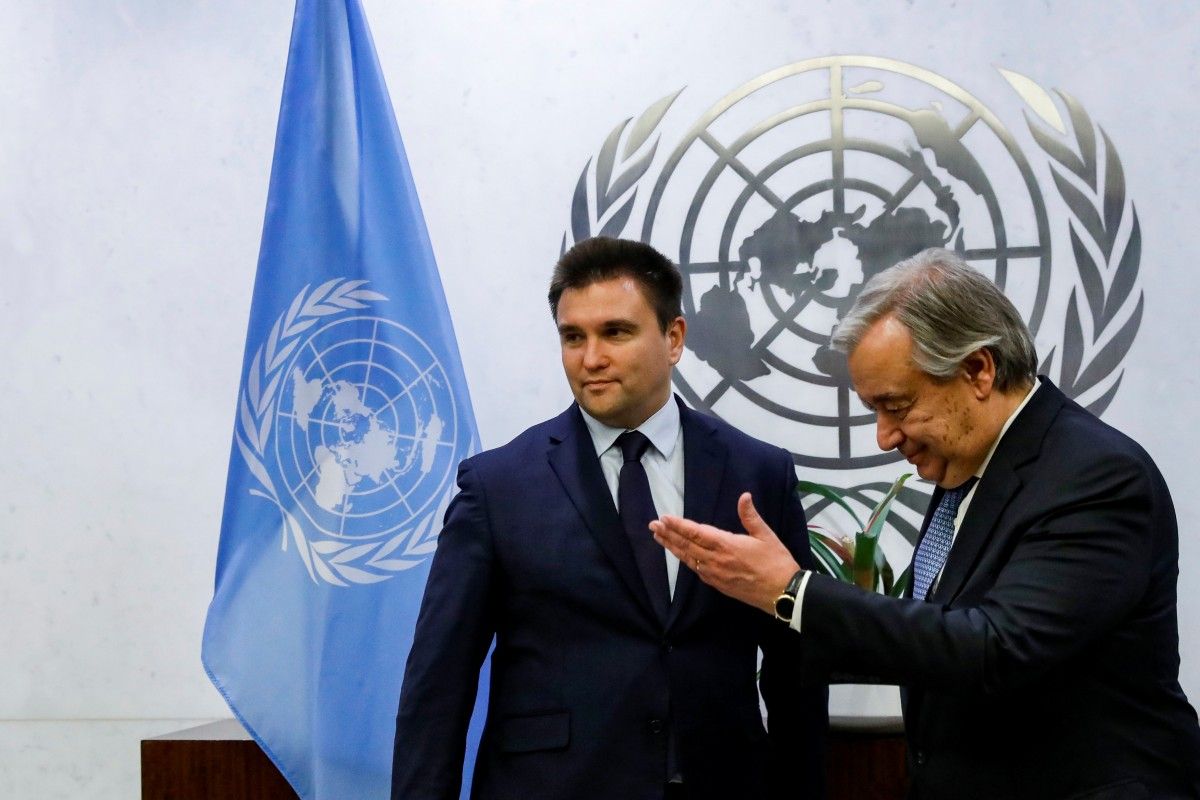 "During the meeting, FM Pavlo Klimkin handed over to the UN Secretary-General an open appeal from the Association of Relatives of Political Prisoners of the Kremlin, and asked to his good office in facilitating the release of Ukrainian citizens who are being illegally detained in Russia," the mission wrote on Twitter.

Read alsoKlimkin: Russian occupation of Ukraine expands geographical area of nuke deploymentIt is also noted that the minister discussed with Guterres the deployment of peacekeepers in Donbas.

According to the Ministry of Foreign Affairs, about 60 Ukrainian citizens, persecuted for political reasons, are being illegally held in detention facilities in Russia.

As UNIAN reported earlier, Klimkin said at a meeting of the UN Security Council that sanctions against oligarchs from Putin's entourage would force the Russian Federation to agree to a real peacekeeping mission in Donbas.

If you see a spelling error on our site, select it and press Ctrl+Enter
Tags:DonbasKremlinKlimkinhostagesGuterrespeacekeepingmission