The hearing of the defense team’s appeal over the measure of restraint was set up in a way to ensure that the young man’s parents did not make it in time to attend. 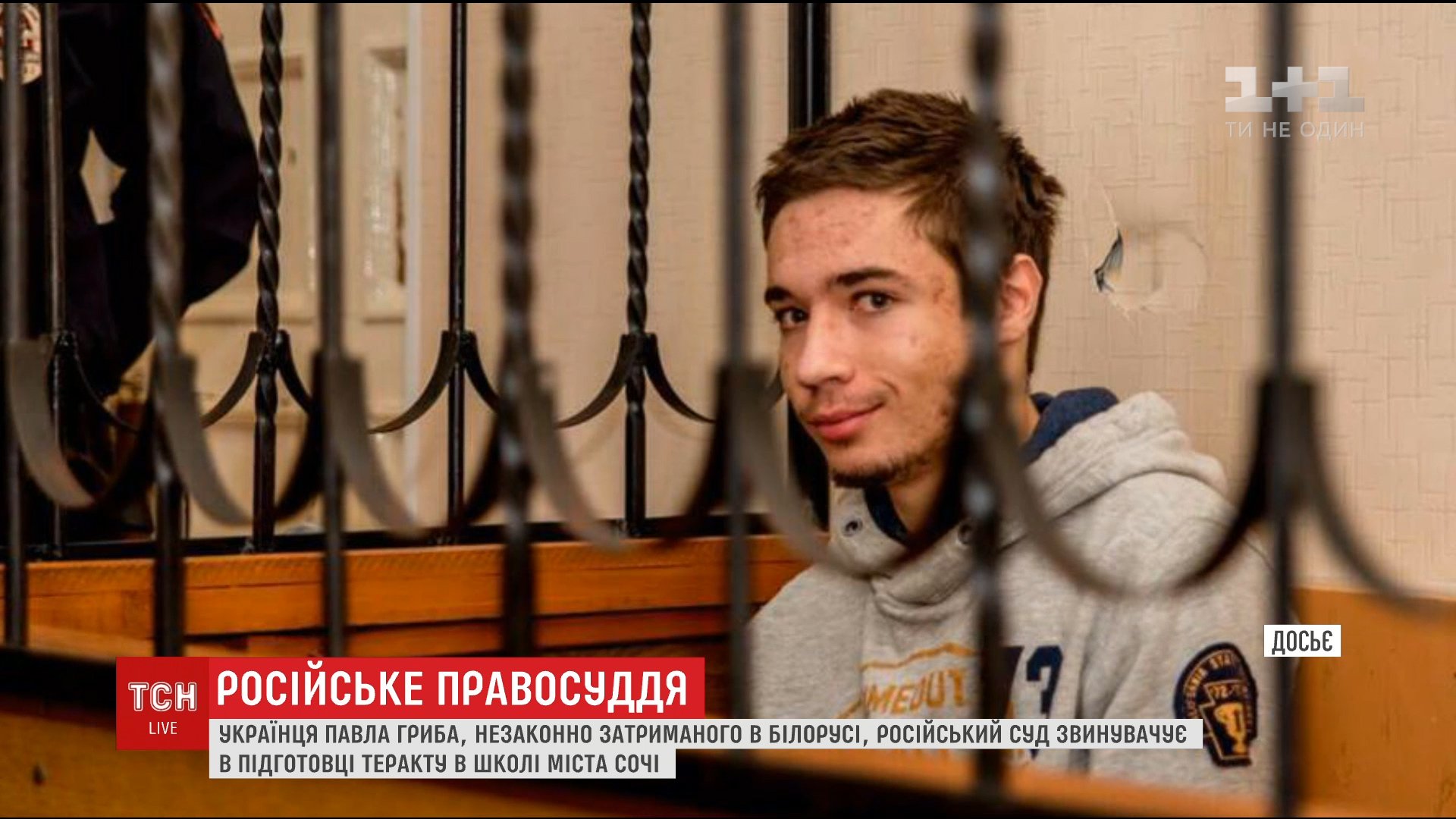 The father of the 19-year-old Ukrainian teenager, Pavlo Hryb, who was in August 2017 abducted from Belarus by the Russian security force and illegally arrested in the Russian Federation, has voiced serious concerns over his son's health.

"Today, February 1, in violation of all the deadlines, the Krasnodar regional court held a hearing to consider the appeal against Pavlo’s measure of restraint. The lawyer learned about the court hearing accidentally, just a day before it was scheduled," the distressed father wrote on Facebook.

“Everything was done so that the parents did not make it in time for the hearing," Ihor Hryb wrote.

"According to the lawyer, Pavlo looks very gaunt, has constant complaints of pain in the stomach and the abdominal area. He is in a generally depressive state, as a result of increased psychological pressure on the part of investigators and the detention facility administration. There are no medications, no diet. He may suffer an internal bleeding at any moment. "There are no professional medical experts in Krasnodar for Pavlo's disease. No one will be able to help him. Every day in the detention facility may become the last one for Pavlo! Pavlo's life is in danger!" the father stressed.

Pavlo reportedly disappeared in Belarus on August 24, after he had traveled to the city of Gomel for a meeting with a Russian girl whom he met on social networks and who had allegedly also flown to Gomel. The youngster's father said Pavlo was supposed to return on the same day. When it did not happen, the father went to Gomel in search for his son.

Read alsoСapture of Ukrainians by Russian special services instrument of "hybrid" war - British MPHe found out that Pavlo was wanted by the FSB in Krasnodar Krai (Sochi) under Article 205 of the Criminal Code of the Russian Federation (an act of terrorism). Later it became known that Russian investigators had accused Pavlo Hryb of allegedly plotting a terrorist attack at a school assembly in Sochi.

On October 13, 2017, Ukraine's Foreign Ministry said that the Russian Foreign Ministry's office in Krasnodar had officially informed that Ukrainian doctors were denied a visit to Pavlo. On November 20, his father announced the deterioration of the teenager's condition.

If you see a spelling error on our site, select it and press Ctrl+Enter
Tags:RussiaUkraineFSBhealthabductionpoliticalprisonerPavloHrybFreeHrybRussianAggresion