Parliament speaker says disbanding of government not on the table

No motion regarding the prime minister's dismissal has been tabled in parliament yet. 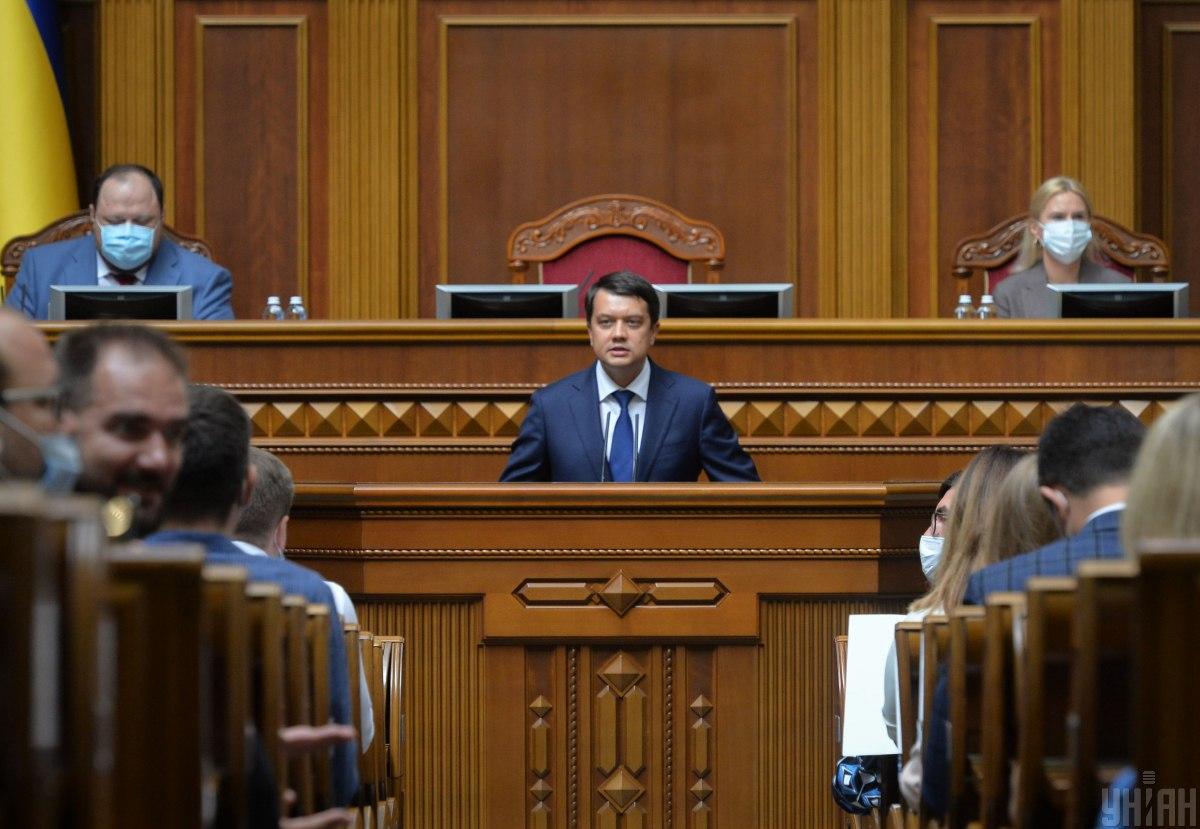 Chairman of the Verkhovna Rada, Ukraine's parliament, Dmytro Razumkov says the dismissal of the prime minister and the incumbent government in the near future is not being considered.

He announced this on a TV channel on Friday, an UNIAN correspondent reported.

"I do not think that the question regarding the prime minister will be raised in the near future. I don't see such questions [on the table]," Razumkov said.

According to him, now there are no draft resolutions in the parliament providing for dismissing ministers. At the same time, the speaker recalled that there have been talks for a long time about the possible dismissal of certain ministers.

"Regarding the ministers, today there are no Verkhovna Rada resolutions as this could be initiated by the parliament, nor is there a motion regarding the prime minister yet," he said.

At the same time, he added that there is a draft resolution, initiated by Members of Parliament to dismiss Health Minister Maksym Stepanov.

"But I don't know if it could get the required number of votes… I think that today the Health Ministry cannot be left without the head. Because the challenges facing the state today are more than serious," he said.