Buquicchio agreed that resolving the constitutional crisis requires swift action and should be based on the rule of law. 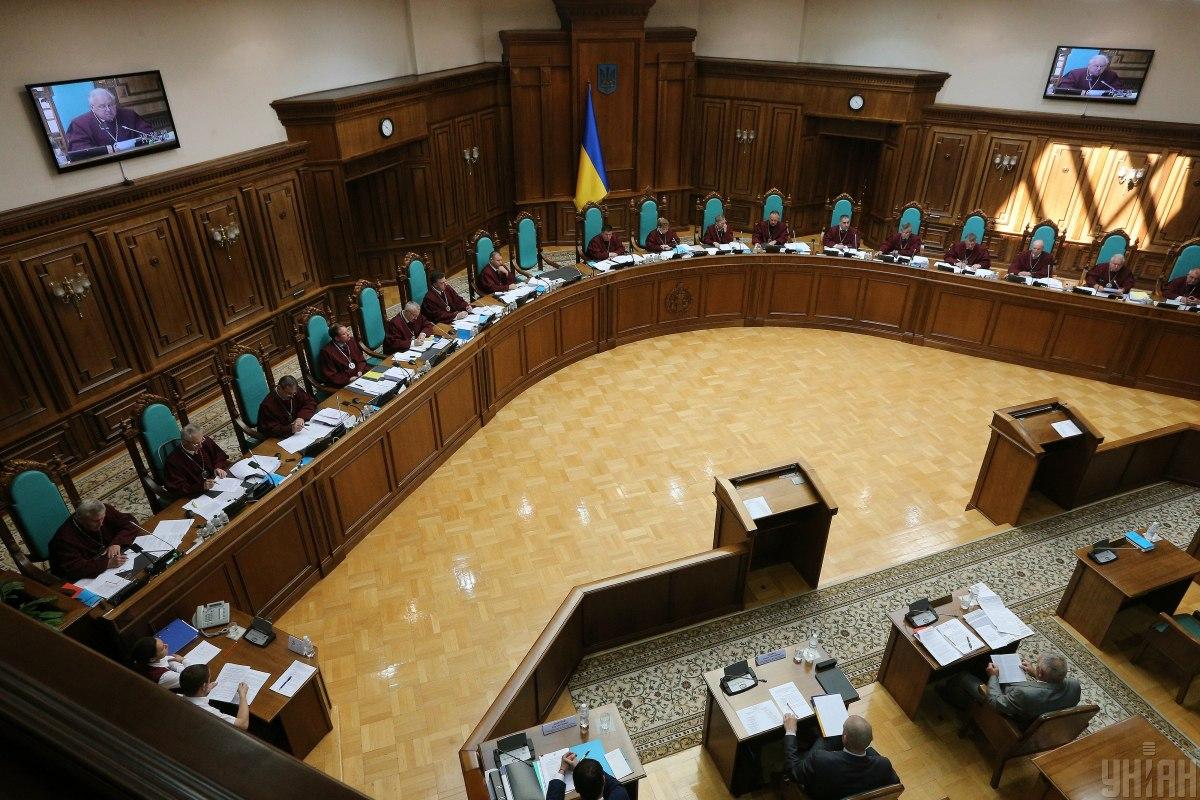 President of Ukraine Volodymyr Zelensky had a phone conversation with President of the Venice Commission Gianni Buquicchio to discuss ways toward a balanced comprehensive solution to resolve promptly and efficiently the crisis around the Constitutional Court.

Gianni Buquicchio agreed that resolving the constitutional crisis requires swift action and should be based on the rule of law, the President's Office reports.

"We need to work out mechanisms that would permanently eliminate the possibility of any influence on the judges of the CCU and improve the decision-making procedures of judges," Zelensky stressed.

"It is important to restore public confidence in constitutional justice. This confidence is now completely destroyed," the president noted. "I suggest stepping up work to find a balanced comprehensive solution to resolve the crisis promptly and efficiently."

Also, Zelensky appealed to the Venice Commission regarding its expertise in explaining how to avoid damage to anticorruption reform inflicted by the CCU decision of October 27.

Read alsoAnti-graft watchdog chief to stay put despite Constitutional Court ruling, Zelensky assures G7 envoys"The parties also discussed the urgent need to develop bills to restore punishment for officials over filing inaccurate data on their assets and ensure full-fledged operation of the National Agency for Corruption Prevention and National Anti-corruption Bureau. They also focused on comprehensive judicial reform, including reforming the mechanism for selecting judges, as well as the High Qualification Commission of Judges.

The interlocutors also agreed that the Commission for Legal Reform should receive an expert assessment from the Venice Commission and GRECO regarding its work.

The Constitutional Court also recognized the provisions of laws on the audit of officials' e-declarations as unconstitutional and stripped the National Agency on Corruption Prevention (NACP) of powers to check declarations and identify conflicts of interest.

President Volodymyr Zelensky tabled bill No. 4288 in parliament to terminate the powers of all CCU judges. The document states, in particular, that the decision of the Constitutional Court of October 27 is "null and void" (such that it does not create legal consequences) as such that was adopted by the CCU judges in conditions of a real conflict of interests." Zelensky proposes the termination of the powers of CCU judges from the date when the law becomes effective, suggesting that subjects authorized to appoint new judges should immediately begin the procedure for the competitive selection of the court's new members.