The president considers such a punishment to be appropriate. 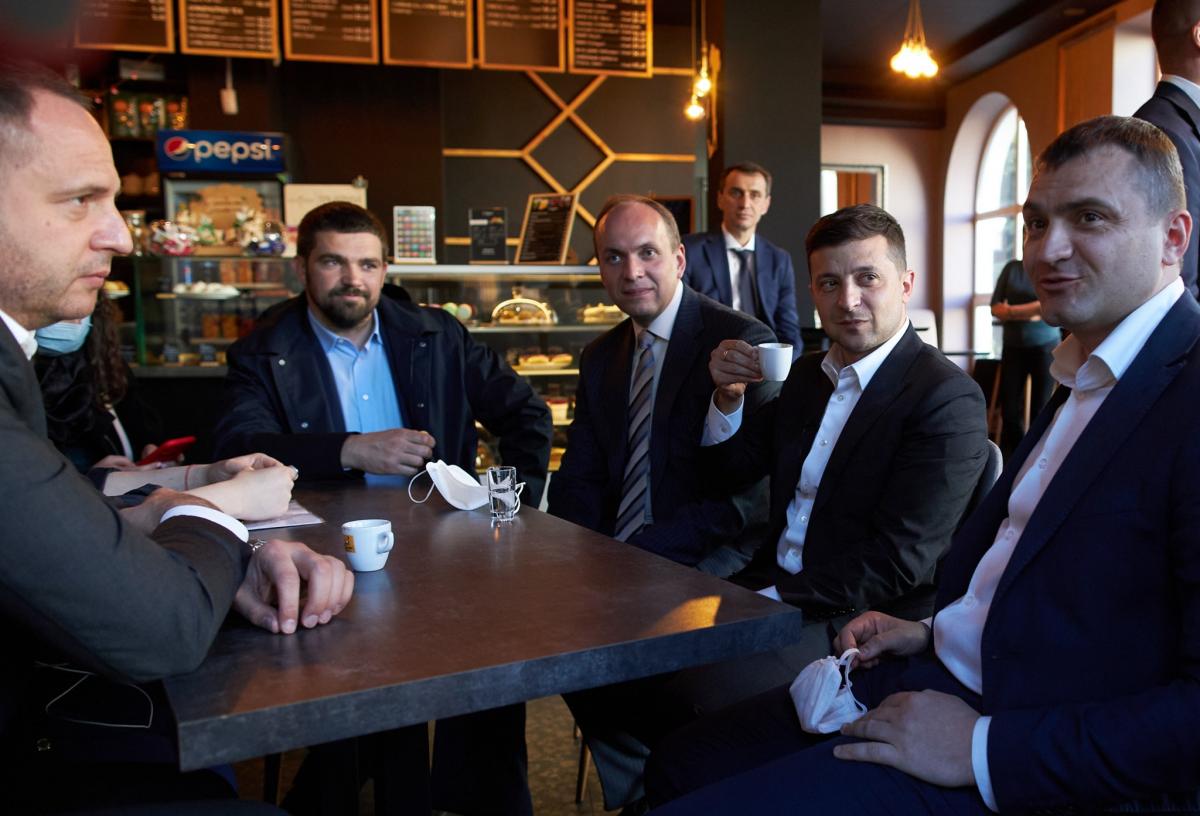 Zelensky said he was ready to pay the fine / facebook.com/president.gov.ua

Ukrainian President Volodymyr Zelensky says he has been fined for violating COVID-19 lockdown rules while visiting a cafe in the city of Khmelnytsky.

"We could take off the [face] mask to hear better ... It will be just as was the case in Khmelnytsky region – I will be fined. In fact, they did it the right way," he told journalists in the city of Chernihiv on June 10.

"President Volodymyr Zelensky had a walk around the central part of the city of Khmelnytsky and tried coffee at a local cafe," the president's press service said.

"Nice coffee in Khmelnytsky! Fragrant and delicious! The first cafes are exiting from quarantine, we are rebounding from the coronavirus epidemic," as reported on the president's Instagram account under another similar photo taken in the same cafe.

The government's ban on catering services indoors until June 5 was in effect as of June 3. Only outdoor seating outlets under awnings were allowed to render services, with no more than four visitors at the table at the same time.

On June 4, Deputy Interior Minister Anton Gerashchenko said police would consider the possible violation of quarantine rules by Zelensky and the officials who accompanied him in Khmelnytsky, and bring them to justice.

Later, Zelensky said he was ready to pay a fine if his indoor meeting at the cafe in Khmelnytsky was considered a violation of the quarantine rules.

However, Ukraine's Chief Medical Officer, Deputy Health Minister Viktor Liashko, who sat at another table in the same cafe, said there were no breaches of the quarantine, as it was an inspection visit.

If you see a spelling error on our site, select it and press Ctrl+Enter
Tags:Zelenskycoronaviruslockdown