The Russian occupation regime prefers to use the term "water blockade", presumably hoping that their audiences can be conned into believing that Ukraine is holding back something that is "rightfully Russia's". 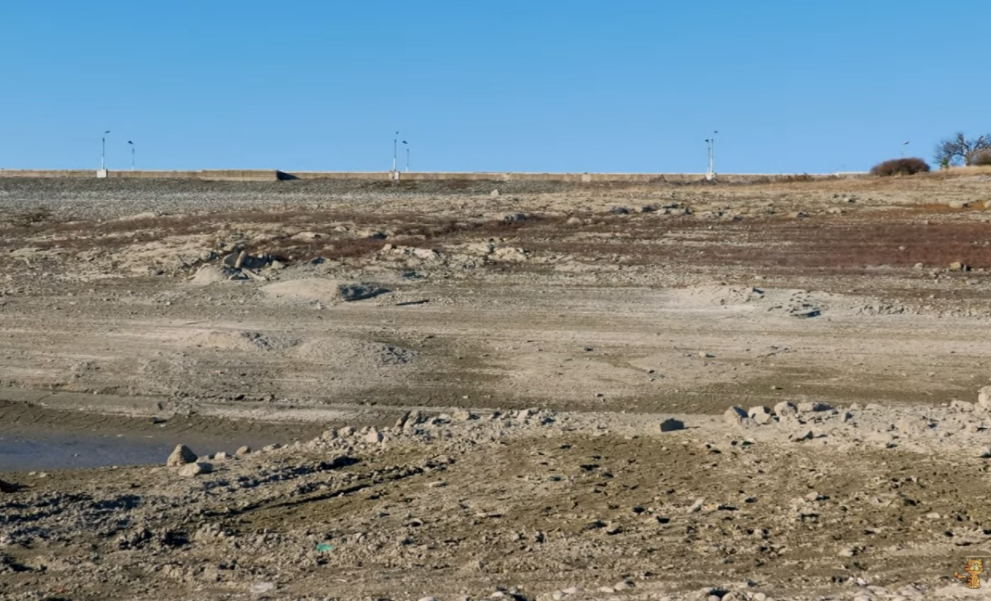 Russia undoubtedly wants to find a scapegoat for its inability, seven years into the invasion, to provide water to the occupied Crimea, but blaming Ukraine is just too brazen, rights activists report.

Blustering threats and absurd claims" about "Ukraine's violations" are by no means new, but this time the invaders are mulling 'lawsuits', first to pass through Russian courts which will surely provide the rulings required by the regime, however surreal, the Kharkiv Human Rights Protection Group wrote.

The Russian occupation regime prefers to use the term "water blockade", presumably hoping that their audiences can be conned into believing that Ukraine is holding back something that is "rightfully Russia's".  Up till 2014, Crimea received around 85% of its water supplies from the Dnipro River in mainland Ukraine via the North Crimean Canal.  Since Russia illegally occupied Crimea and even claimed it to be "Russian territory", Kyiv quite expectedly halted these water supplies in April 2014.

Vladimir Konstantinov, a Ukrainian turncoat who has sided with the Russian occupation forces to become speaker of the Russian-controlled "Crimean parliament", told journalists on March 10 that they are planning "a lawsuit against Ukraine due to the losses caused to the peninsula by the water blockade".

He called on his ‘parliamentary’ colleagues to ensure that the relative committees estimated the losses from the closure of the North Crimea Canal for the environment, agriculture, and businesses, as well as for Crimeans' health.   He even asked representatives of the de facto prosecutor's office to establish "those who bear personal liability" and spoke of 'pseudo-Crimeans' who had made much effort to get the flow of water severed.

Read alsoNo discussions with Russia on water supplies to Crimea – FM KulebaIt is certainly true that there are a number of prominent Crimean Tatars and other Ukrainian citizens from Crimea who have stressed the critical importance of cutting all water supplies until Russia ceases its occupation.  There were also considerable alarming signs during the first year of Volodymyr Zelensky's presidency when, on several occasions, prominent politicians suggested scenarios involving the renewal of water supplies, rights activists recall.

"If, as seems likely, the aim was to test public opinion, the result should have laid this subject to rest, as there is very strong opposition to any such move," the report reads.

Reinstatement of water supplies, while Crimea remains under Russian occupation, would effectively legitimize Russia's illegal land-grab and would, in all likelihood, make it permanent.  Russia’s assiduous attempts to push a narrative which presents Crimea as a historically "Russian" territory is wrong on all fronts, including geography.

Moscow has, presumably, been always counting on exerting political pressure or even military aggression to coerce Kyiv to back its occupation forces up with water supplies.  On its own, the occupation regime is unable to fully cover the demand for freshwater.  The near-drought conditions of the past year exacerbated the problem, with many reservoirs and lakes having either totally or nearly dried up and restrictions on consumption being applied.

How much the current difficulties are caused (over and above Russia's occupation) by weather conditions is, in fact, debatable. Moscow has failed to maintain the infrastructure needed, for example, to ensure that rainwater isn't lost, and has proved to be much more interested in creating new facilities for the military and law enforcement being deployed in Crimea. Award-winning film director Akhtem Seitablayev is not alone in believing that the shortage of drinking water is directly linked with the massive increase in the number of Russian military bases.

Read alsoDiplomat names two sites in Crimea where Russia could store nuclear armsAlthough Moscow's main plans for Crimea doubtless always revolved around its massive military build-up, it has invested a huge amount of effort into propaganda as well.  "Enemies" are needed to justify all the hardships the annexation has brought, with Ukraine standardly being presented as the main scapegoat.  Although this is the first time that lawsuits in Russian “and international” courts have been mentioned, there have long been blustering claims about Ukraine’s supposed 'violation of human rights' and threats to complain to the United Nations General Assembly.

According to the Geneva Convention, it is Russia, as an occupying power, that bears full responsibility for ensuring the basic needs of the local population, including water and food supplies.

This is not a situation where Ukraine needs to find any excuses to explain its position to anybody, KHPG stresses. If it reaches a point where Crimeans are deprived of drinking water, this will be because Russia is prioritizing its military agenda over that of the population, activists note.

Ukrainian authorities insist the resumption of water supplies to Crimea would be possible only if Russia ceases its occupation of the peninsula.

In 2020, the situation with water availability in Crimea became critical over droughts and the subsequent shallowing of water reservoirs. In many cities and villages, the occupying authorities imposed restrictions on the use of water.

Ukrainian Foreign Minister Dmytro Kuleba has assured the Ukrainian officials have not been discussing with the Russian side the issue of resuming water supplies to occupied Crimea in exchange for ending the war in Donbas.

The minister denies that during the negotiations within the Normandy format for the sake of ending the war, Ukraine might make concessions such as restoring water supplies to occupied Crimea or purchasing the Russian Sputnik V vaccine.

If you see a spelling error on our site, select it and press Ctrl+Enter
Tags:RussiaCrimeaRussianAggressionlawsuitwatersupplyoccupiedCrimea