Biden allegedly asked Poroshenko to support the then-head of the central bank to determine the date for proceeding with nationalization. 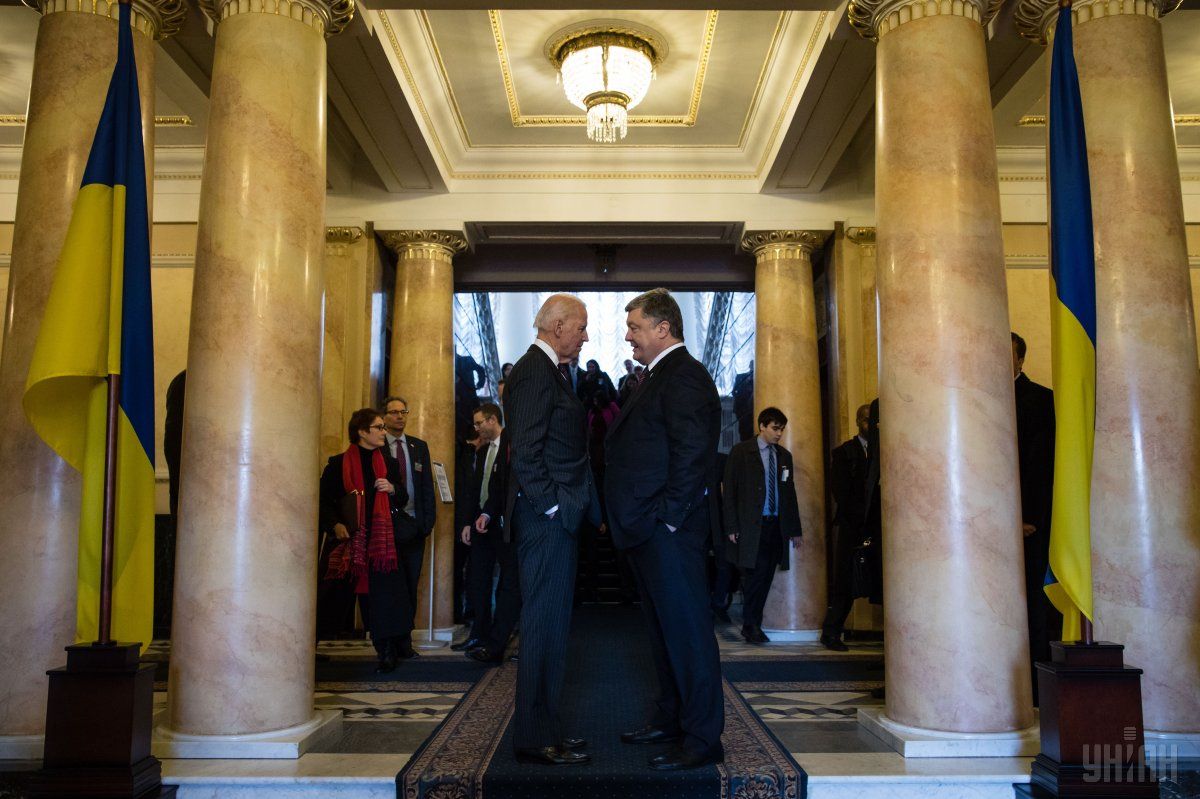 Former U.S. Vice President Joe Biden, in a telephone conversation with ex-President Petro Poroshenko held when both held respective offices insisted that the latter support the decision on the nationalization of PrivatBank in 2016.

That's according to a leaked audio recording of the said conversation, made public by MP Andriy Derkach on Tuesday, May 19, TSN reports.

"In 2016, the only outposts remained PrivatBank and 1+1 TV channel. Since Petro Oleksiyovych [Poroshenko] sought to grab it with the right to control the 1+1 Channel, he decided to push this thing through along with Biden. But even here Poroshenko couldn't without scheming. He says that before 'raiding' Privat and [Ihor] Kolomoisky's media assets, the vote for the state budget must first be held because 'if we now begin to seize Privat, Kolomoisky's representatives in Parliament won't give their votes for the budget," Derkach said.

To prove his point, he made public what he claims is a purportedly leaked audio recording of phone talks held by Poroshenko and Biden.

The audio quality and background noises suggest the recording was made on the Ukrainian side, at the office where Petro Poroshenko was speaking on the phone.

The voice that is purportedly Joe Biden's says: "Let me ask you one thing before I forget. PrivatBank. I understand the governor of the [national] bank is tentative about setting a date certain for the transition to take place. And I'm being told second-hand, and I know this is her position for sure, that she is unsure of the date until she gets an agreement from you. I told… Here's what I told them. I told them to get back to her, set a date, and I will talk to you about the date because this is getting very, very close. And I don't want that to happen. I don't want Trump to get into the position where he thinks he is about to buy onto a policy where the financial system is going to collapse and he is going to be looked to to pour more money into Ukraine. That's how he'll think about it before he gets sophisticated enough to know the detail. So anything you can do to push the PrivatBank to closure so that the IMF loan comes forward I would respectfully suggest this is critically important to your economic as well as physical security."

"I know it's difficult, I know Kolomoisky is a pain the ass and a problem for everybody but it really is critical that you guys figure this one out," he is heard saying.

"I just want you to give the governor of the bank some spine, let her know that you'll be standing there when she sets a date and moves forward," Biden supposedly told Poroshenko over the phone.

In turn, the then-president of Ukraine said he was expecting to see the audit report by Ernst&Young before he convenes the NBU governor, prime minister, finance minister, and security officers to take a decision on the date.

He adds that this will be happening after November 22 because "we have a voting of the budget in Parliament" where "Kolomoisky has a significant number of members of parliament".

"This is confidential information but…" Petro Poroshenko added, to which Biden replied: "I'll keep that with me."

As UNIAN reported earlier, Ukraine authorities made a decision to nationalize PrivatBank on December 18, 2016.