The Russian representative was reportedly mad at Leonid Kravchuk's principled stance on a number of issues. 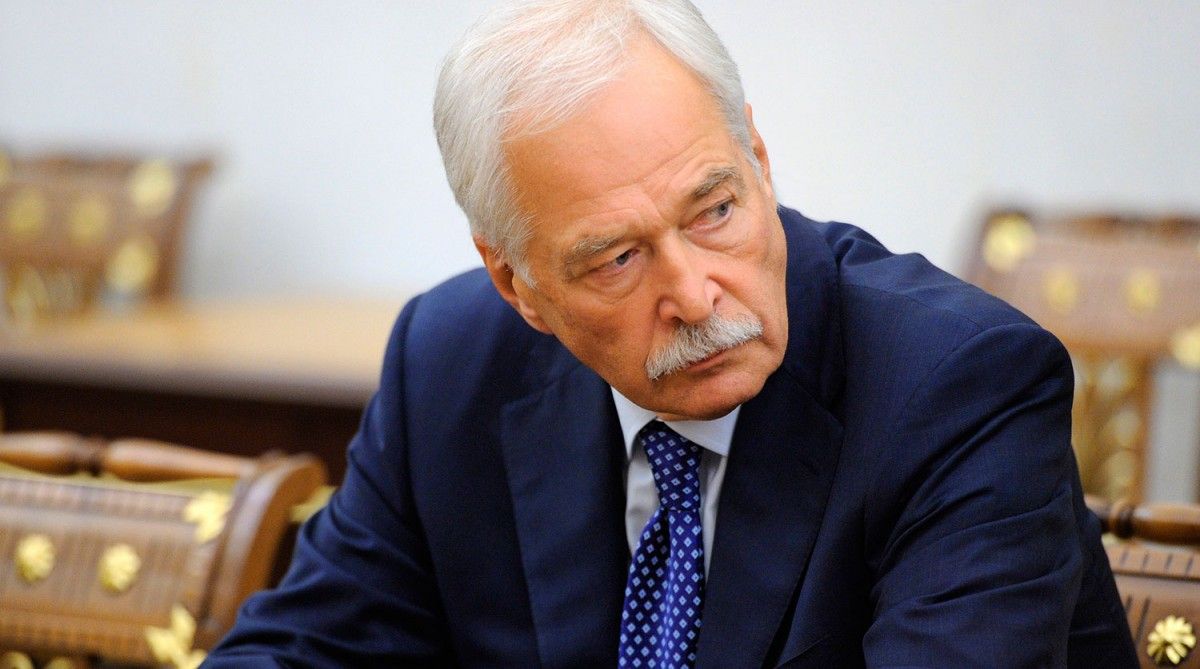 "Some questions have cleared up regarding our delegation's general policy – not in words, but in deeds. Today [chief of Ukrainian delegation Leonid] Kravchuk quite harshly responded to Gryzlov – his tirades assessing the Verkhovna Rada and an attempt to shut our mouths, mouths of internally displaced persons from Donbas. It turns out that besides being diplomatic, he can also be principled," Garmash wrote on Facebook.

Another envoy from Donetsk region, Denys Kazansky, has confirmed that Kravchuk drove Gryzlov into "tantrums."

"Leonid Kravchuk today was unrecognizable – the exact opposite of the image we observe in public communication. He spoke to Gryzlov quite harshly and eventually brought the Russian delegate to tantrums. I had never seen Gryzlov in such condition – he raging so much he even switched off his conference signal," Kazansky wrote on Facebook.

According to Garmash, Kravchuk decided that since representatives of the occupied areas brought by the Russian side take part in the TCG meetings in all subgroups, the relevant Ukrainian delegation representing these areas should not be limited only to the political subgroup.

"The hysteria of the other side began from the humanitarian subgroup, where they blocked the exchange of prisoners, citing the need to repeal the well-known resolution of the Verkhovna Rada on holding local elections [and the impossibility of holding elections in the occupied Donbas]. Dan Kazansky took the floor and started saying that the resolution had nothing to do with the swap and that one shouldn't play political games when it comes to people being held in prisons, including THEIR people. [Russia-brought representatives of Kremlin's proxy forces in Donbas] Nikanorova and Deinogo started yelling like crazy, the latter even turned off the video signal. Before that Nikanorova had always been restrained..." said Garmash.

Read alsoElections in Donbas amid "leaky" border unimaginable – KulebaAs Kazansky clarified, the Russian side and their envoys "communicated more or less adequately" only in the security subgroup, but the work of the humanitarian and political subgroups was blocked.

Head of the Russian delegation Boris Gryzlov turned hysterical when Garmash asked to speak up at the political subgroup.

"Gryzlov suddenly started interrupting me, pointing indignantly that only heads of delegations, not experts, should take part in the TCG. Then I asked which delegation members were those representatives of the occupied areas, and reminded that they were only invited by the Russian side, while [proxy authorities of] the occupied areas are not a party to the Trilateral Contact Group. Also I was outraged by the fact that Gryzlov several times stated that Russia is not a party to the conflict, but only a mediator. I said that I do not remember that Ukraine gave Russia consent to mediate in the conflict between Ukraine and Russia. I'm not sure if he heard it because we were speaking over each other, and then Moscow turned off the video signal…" said Garmash.

He also noted that Kravchuk still insisted that he, despite Gryzlov's yelling, still be given the opportunity to speak. And he pointed out that Ukraine itself will decide whom to include in its delegation, and that all members of the delegation are equal in Ukraine.

Read alsoUkrainians representing Donbas to take part in Minsk talks on a regular basis – Zelensky's Office"In general, I didn't even think that Gryzlov, always such a calm, distanced, and cool man, could be so hysterical. This remains to be a subject for analysis – why they were so outraged about us... Well, speaking of the official results, then humanitarian and political issues have been blocked by Russia's demand to cancel the paragraph of the parliament resolution containing a ban on holding elections in the occupied areas before Ukraine regains control of the border. At the same time, 19 demining sites have been agreed, as well as the opening in November of the two checkpoints in Luhansk region. The next TCG meeting has been scheduled for September 16," added Garmash.

If you see a spelling error on our site, select it and press Ctrl+Enter
Tags:RussiaDonbasRussianAggressionelectionshybridwarMinskTalksTCGKravchukoccupiedDonbasGryzlov