No obligations to revise ban on local elections in Donbas – Yermak

The Ukrainian side only "informed" other participants in the meeting about the existence of a draft resolution proposing to amend the resolution on local elections already adopted. 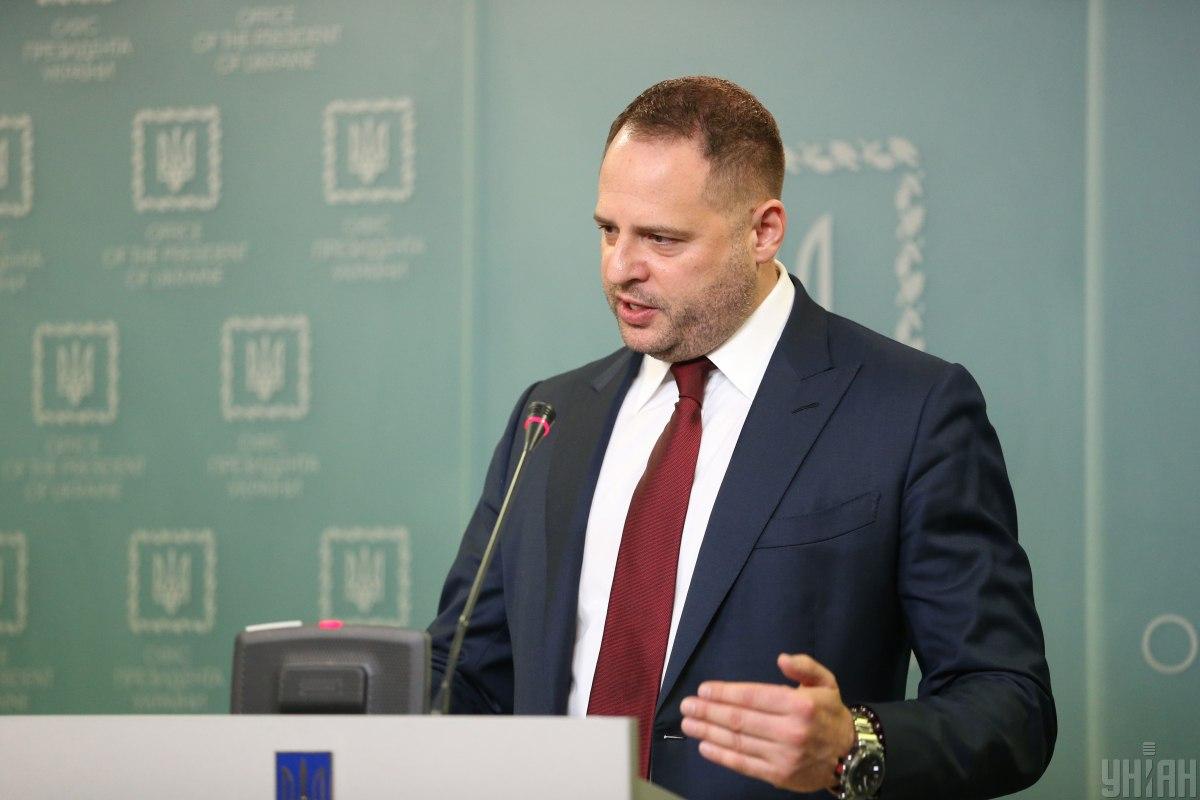 During the meeting of the advisors to the leaders of the Normandy Four [Ukraine, Germany, France, and Russia] held in Berlin on September 11, the Ukrainian side undertook no obligations to amend the Parliament resolution on the appointment of local elections for October 25.

"There were no obligations undertaken by the Ukrainian side to revise the Verkhovna Rada resolution [scheduling local elections for October 25]. It's impossible. Because we cannot interfere with the Ukrainian Parliament's operations. We only informed our colleagues within the Normandy format that a deputy with the Servant of the People party registered back on July 28 a resolution on changes [to the resolution on scheduling local elections for October 25]," Yermak told Ukraine 24 TV channel.

According to Yermak, the corresponding draft resolution will soon be submitted to Parliament where "its fate will be decided."

Russia sees the Minsk agreements as tools with which to break Ukraine’s sovereignty. Its interpretation reverses key elements in the sequence of actions: elections in occupied Donbas would take place before Ukraine had reclaimed control of the border; this would be followed by comprehensive autonomy for Russia’s proxy regimes, crippling the central authorities in Kyiv. Ukraine would be unable to govern itself effectively or orient itself towards the West, according to Chatham House.

On August 20, journalist Sergiy Garmash, another member of Ukraine's delegation representing certain areas of Donetsk region, opined that by "leaking" to the media a document demanding to cancel the decision of the Verkhovna Rada on local elections, Moscow, makes it impossible to fulfill the requirement or even put the relevant question before Parliament. Garmash believes that in this way Russia has deliberately driven the settlement process into a dead end, thus blocking a meeting of advisors to the Normandy Four (Ukraine, Germany, France, and Russia) leaders earlier scheduled for late August.

On the same day, Kravchuk said that Russia was blocking the TCG work with a demand to repeal the resolution of the Verkhovna Rada on the impossibility of holding local elections in the occupied territories. At the TCG meeting on August 19, he said, representatives of the Russian Federation and their proxy forces in Donbas stated that they "do not object to the elections being held throughout Ukraine," but demand that the paragraph on the impossibility of voting in the occupied territories be repealed.

On September 11, Berlin hosted a meeting of political advisors to the leaders of the Normandy Four member states. According to the Office of the President of Ukraine, the advisors supported Kyiv's call to take exhaustive measures to extend a sustainable and comprehensive ceasefire in Donbas.