A draft resolution proposing that the second round of mayoral elections should not be held has already been recalled from parliament. 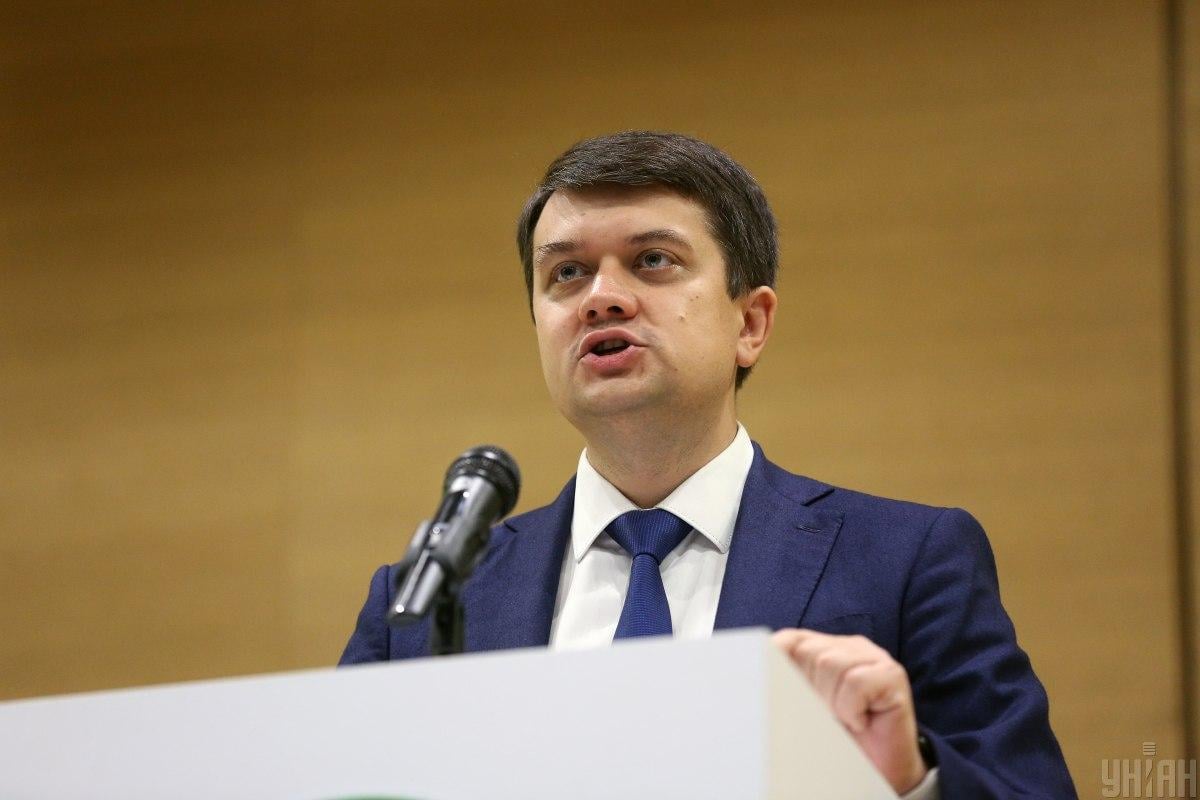 Chairman of the Vekrhovna Rada, Ukraine's Parliament, Dmytro Razumkov says the second round of local elections will take place in Ukraine.

He made a statement to this effect in a comment to journalists after he had cast his ballot at a polling station.

"Of course, it will [take place]... I am not the CEC [Central Election Commission], but I see no reason or possibility to suspend the electoral process today," he said.

A draft resolution proposing that the second round of mayoral elections should not be held has already been recalled from parliament, he said.

"I am sure that the second round of the elections should take place, because we cannot leave the communities without a legitimate government ... It is important that the entire vertical of power works for a single result," Razumkov stressed.

Local elections in Ukraine in 2020

If you see a spelling error on our site, select it and press Ctrl+Enter
Tags:electionsParliamentvotinglocalelections