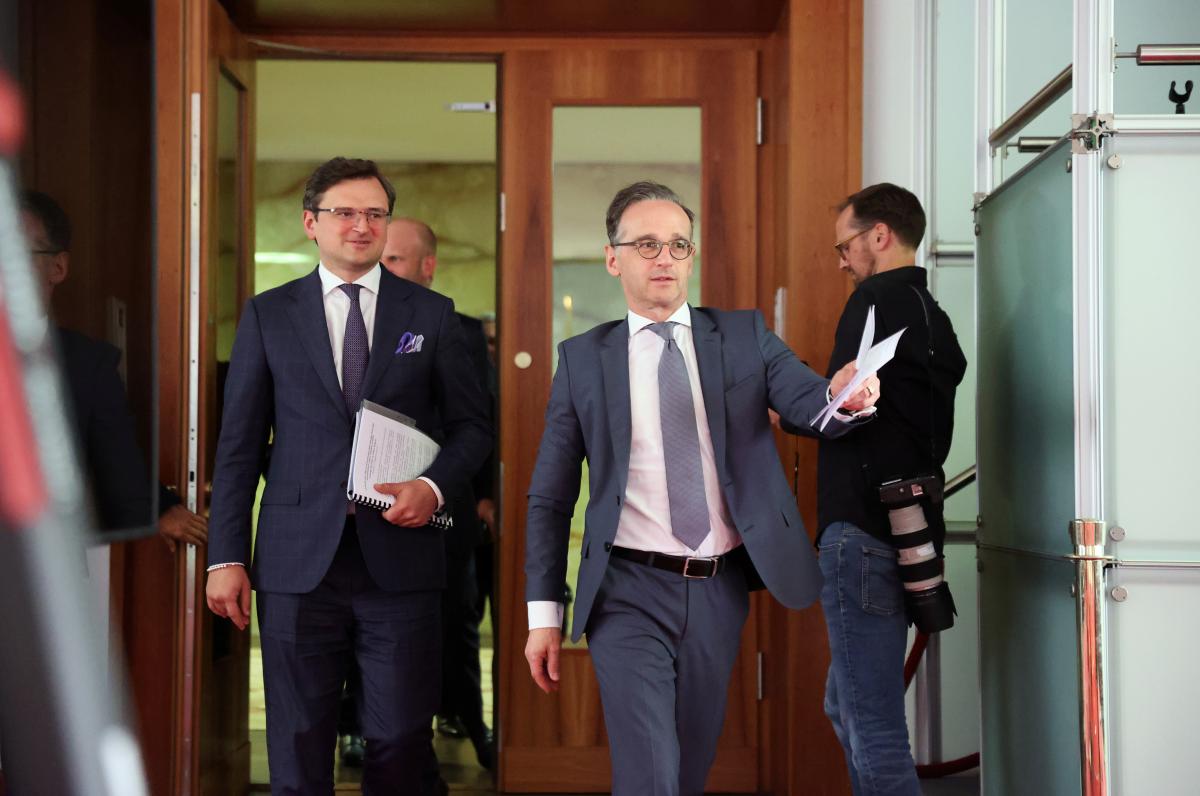 Speaking at a joint press conference with Ukrainian Foreign Minister Dmytro Kuleba in Kyiv on August 24, the German Foreign Minister noted that in the context of the upcoming meeting in the Normandy format at the level of foreign ministers, scheduled for September, the agreements should be recalled, reached by the leaders of Ukraine, Russia, Germany, and France at their summit in Paris in December 2019.

In particular, this concerns the proclaimed ceasefire and control mechanisms for monitoring compliance with the truce. "This is about strengthening and enhancing the truce, and we are talking about this. How to find a mechanism, how to track truce violations," explained Maas.

He noted that it is necessary to make every effort to help the population of Donbas living in extremely difficult conditions.

Read alsoKey to Donbas peace held in Moscow – KulebaMaas added that the main appeal to the parties to the armed conflict is not to soften efforts toward settlement.

He also noted the need to open additional crossing checkpoints along the contact line. "We have agreed on many projects that need to be implemented, and a number of social and economic topics were also discussed in Paris, on which we will be actively working," Maas said.

He added that after clarifying the progress on the said issues, it will be possible to discuss political aspects, including the implementation of the Steinmeier formula, the holding of local elections, the transfer of powers on the eastern border, and the designation of functions for the military.

"These are matters that should be discussed in the Normandy format at the level of foreign ministers," Maas said.

Also, the German minister stated that it was necessary to create grounds for holding local elections in Donbas.

Maas noted that there are different approaches to and visions of holding local elections in Donbas, but noted he was convinced that they should eventually take place.

Read also"Steinmeier formula", explained"It's about the timing. That is, it is necessary to create grounds for holding these elections, while how this procedure will be clarified remains unclear. There is a provision in Minsk agreements. That's what we're talking about, but there are different approaches. But all parties should be ready to talk about this," he said.

Maas has expressed hope that a positive solution will be found to the issue, which he intends to discuss with his French counterpart in the coming weeks.

The Kremlin announced the preparation of a meeting of aides to the Normandy format leaders.

Foreign Minister of Ukraine Dmytro Kuleba has said the country is interested in preserving the Normandy-Minsk infrastructure on Donbas settlement.