In 2014, the said officials assisted Russian special services in the occupation of Ukrainian territories, coordinated criminal action by security agencies, and obstructed the rights and freedoms of Ukrainian citizens. 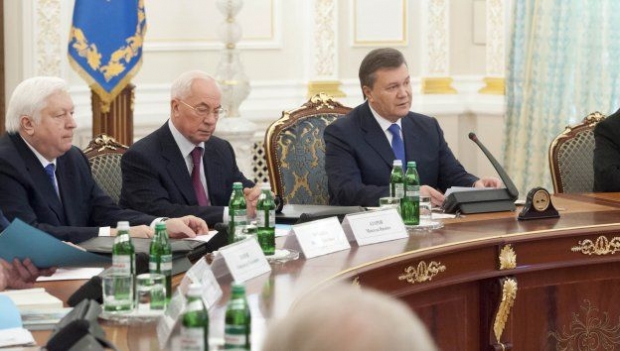 The corresponding decision was made at the submission by the Security Service of Ukraine.

Read also"Ukraine hits back": Zelensky on recent moves by NSDCThe head of the SBU emphasized that in 2014, these officials helped the Russian special services in the occupation of Ukrainian territories, coordinated criminal action by security agencies, obstructed the rights and freedoms of citizens, in particular during the sham "referendum" in Crimea. Some of the officials were also involved in financing terrorism, pro-Russian protests, and anti-Ukrainian propaganda.

"Some episodes of their activities since 2014 are still being investigated in courts. Some of these officials are involved in the signing of the Kharkiv Accords. And some are still working to strengthen the occupation regime in Crimea and Donbas," SBU Chief Ivan Bakanov said.

The SBU also proposed to apply sanctions to legal entities that own PJSC Donetskoblgaz. The secret service noted that their actions, which led to the shutdown of 58 boiler houses on the territory of the Joint Forces Operation, jeopardized lives and health of local residents.