Rudyk claims the parliamentary majority formed by the ruling Servant of the People Party has betrayed the declared values. 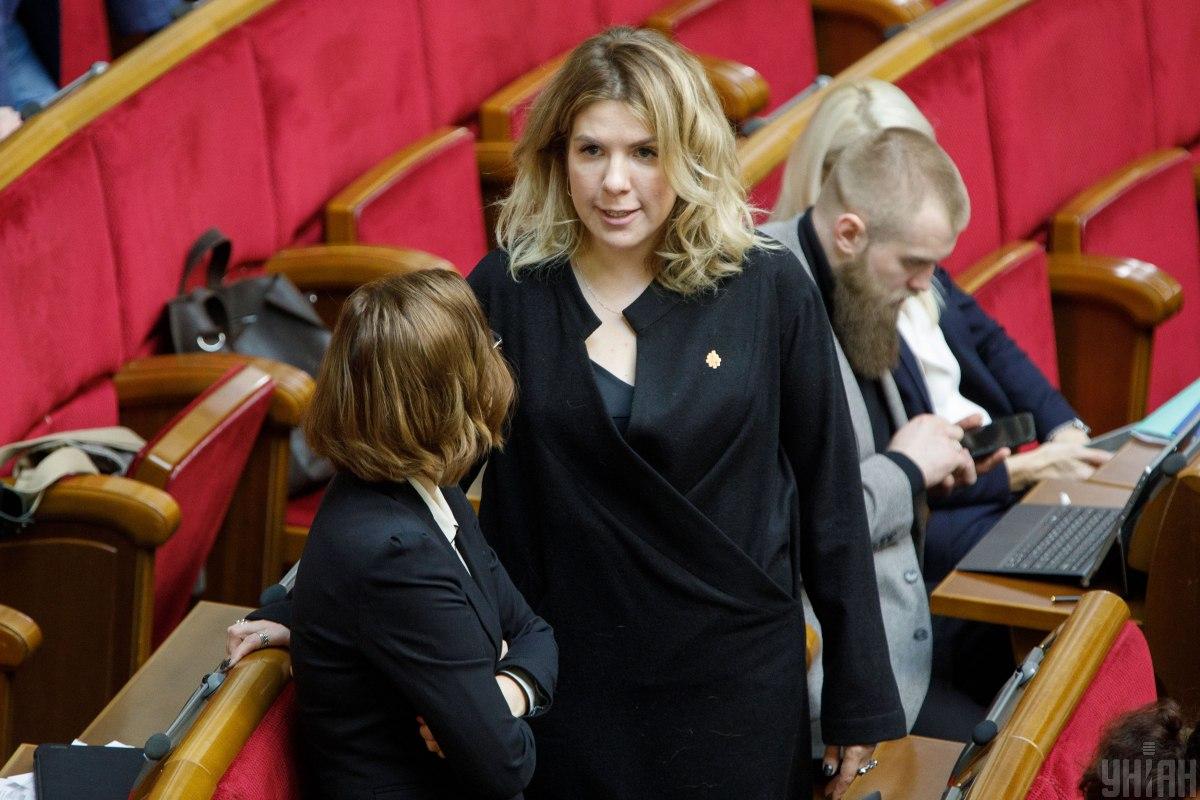 Chairperson of the Holos Party, member of the party's parliamentary faction Kira Rudyk / Photo from UNIAN

Ukraine's Holos (Voice) Party has announced it has become an opposition political group.

"We came to defend freedom and implement reforms. But instead, now we are constantly fighting against lies. The lies that there is a shortage of personnel, that there is the language issue in Ukraine. The lies that constantly destroy any constructive approach. We've realized that our constructive efforts do not work," Chairperson of the Holos Party, member of the party's parliamentary faction Kira Rudyk announced in parliament, according to an UNIAN correspondent.

"The government does not need support – it needs a replacement. It's time to replace it. The Holos Party is going into opposition to the existing government," she added.

She stressed members of the Holos Party became lawmakers to "be creators." "To create rules and create processes that will work. We've come here to use this chance, every minute of it, for the benefit of our country," Rudyk said.

However, according to her, in the past year they saw that "the 'mono-majority' [the parliamentary majority formed by the ruling Servant of the People Party] had betrayed the values that they had declared."

If you see a spelling error on our site, select it and press Ctrl+Enter
Tags:ParliamentoppositionpartyVerkhovnaRadaHolosparliamentaryfactionServantofthepeople