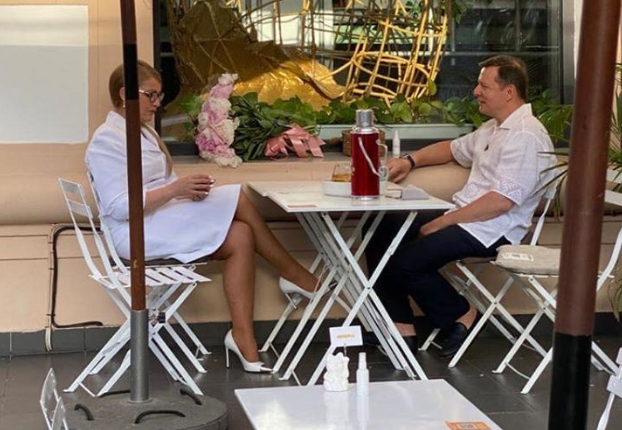 Batkivshchyna Party leader Yulia Tymoshenko will not nominate her party's candidate in a by-election to the Verkhovna Rada, Ukraine's parliament, in constituency No. 208, as she has decided to back the nomination of Radical Party leader Oleh Liashko.

Tymoshenko announced this at a briefing on June 15.

"All Ukrainian forces should unite and nominate a single candidate in the 208th district... The person who already enjoys the support of over 30% of people in that district is Oleh Liashko. He has worked particularly hard in Chernihiv region, this is in fact his homeland, and he has great support from people there," she said.

According to earlier reports, MP Yulia Tymoshenko and ex-MP Liashko have recently been spotted dining together in a Kyiv restaurant.

In 2016, Liashko once called Tymoshenko "Moscow's cuckoo," accusing her of attempts to seize power. Tymoshenko later said that she "had forgiven" him for those words.

The additional elections in the 208th constituency are being held over the death of MP Valeriy Davydenko from the Dovira parliamentary group. He was found dead in his office in Kyiv with a gunshot wound to the head on May 23, 2020.