The case concerns Poroshenko's trip to the Maldives in 2018. 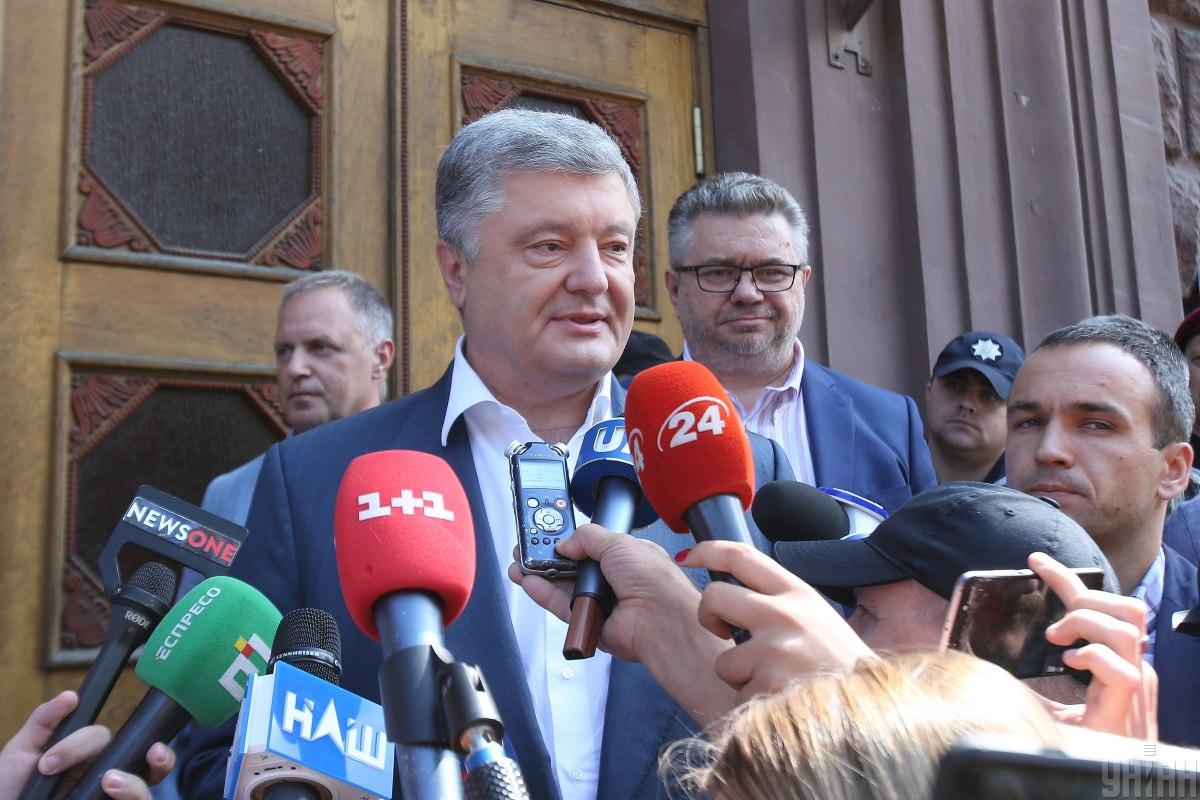 Officers of the State Bureau of Investigation (SBI) of Ukraine have served a former head of the State Border Guard Service's military unit with charge papers over facilitating the passage of former Ukrainian President Petro Poroshenko, his family and those accompanying him across the state border outside the border crossing point.

"According to a preliminary investigation, the suspect, being the head of the military unit of the State Border Guard Service of Ukraine, contrary to the existing procedure, in January 2018 gave unlawful orders to subordinate military personnel for illegal passage of the fifth president of Ukraine, his family members and other persons across the state border of Ukraine outside the existing border crossing point," the SBI's press service said.

The press service of the Office of the Prosecutor General clarified the case concerns Poroshenko's trip to the Maldives in 2018.

The investigation also checks the involvement of the former border guard and other persons in crossing the border by other former officials without proper passport and customs control outside the border crossing point.

If the suspect is found guilty, he could face imprisonment from five to seven years without the right to occupy certain positions or engage in certain activities for up to three years.

As UNIAN reported earlier, Ukraine's SBI on August 6 opened criminal proceedings against Poroshenko over his trip to the Maldives in 2018.