The judges dismissed the motion filed by the suspect's lawyers. 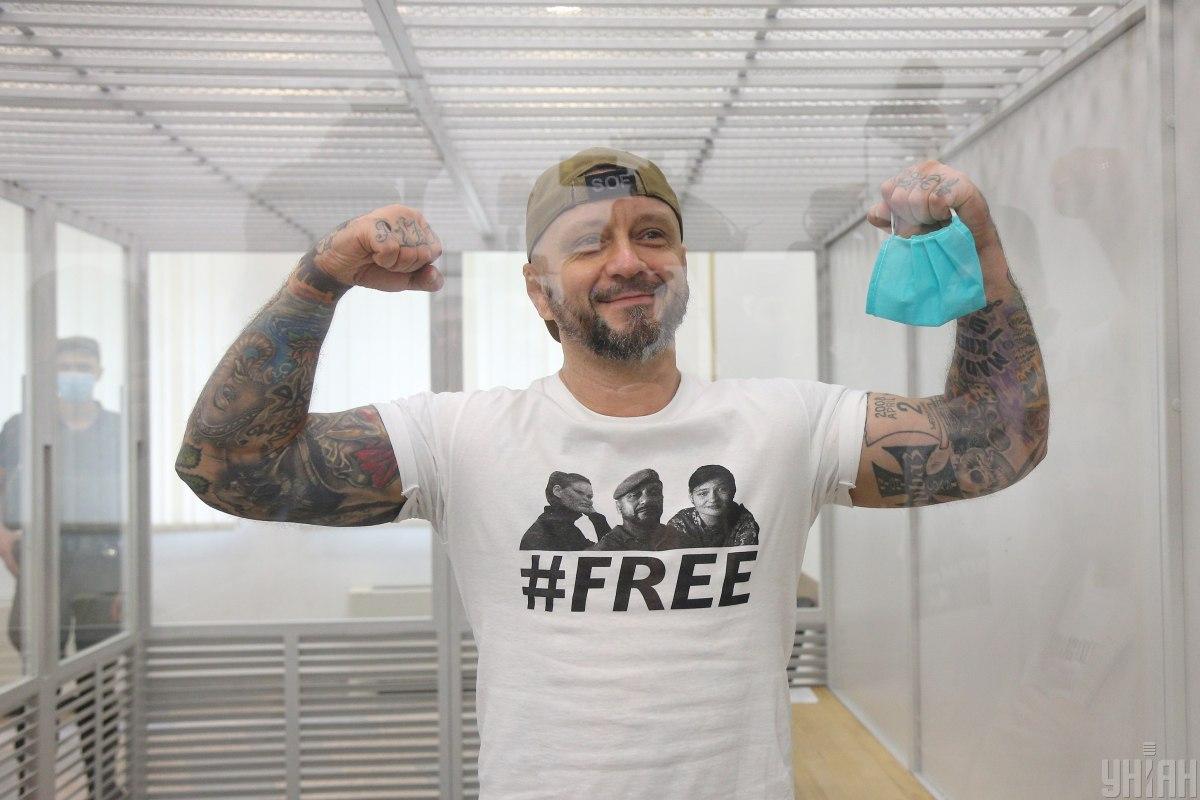 The verdict was met with the 'Shame!' chanting / Photo from UNIAN

The panel of judges of Kyiv's Court of Appeals has ruled that war veteran and member of the Riffmaster band Andrii Antonenko suspected of involvement in the murder of Belarusian journalist Pavel Sheremet in Kyiv should remain behind bars.

The judges announced at the beginning of court hearings that the third volume of the case had been delivered to the appeals court, according to an UNIAN correspondent.

The absence of that volume was the cause behind the postponement of the previous preliminary hearing.

"The decision made by an investigating judge of the Pechersky district court on May 25... should remain in force, the defender's appeal will not be satisfied," the judge read out the ruling.

People who came to support Antonenko met the verdict with chanting "Hanba!" ("Shame!").

Law enforcers claim that the goal of the Sheremet assassination was to destabilize the social and political situation in Ukraine. Antonenko, Kuzmenko and Duhar were notified of suspicion on December 12, 2019.