The latest sighting was outside a local office of Russia's Communist Party. 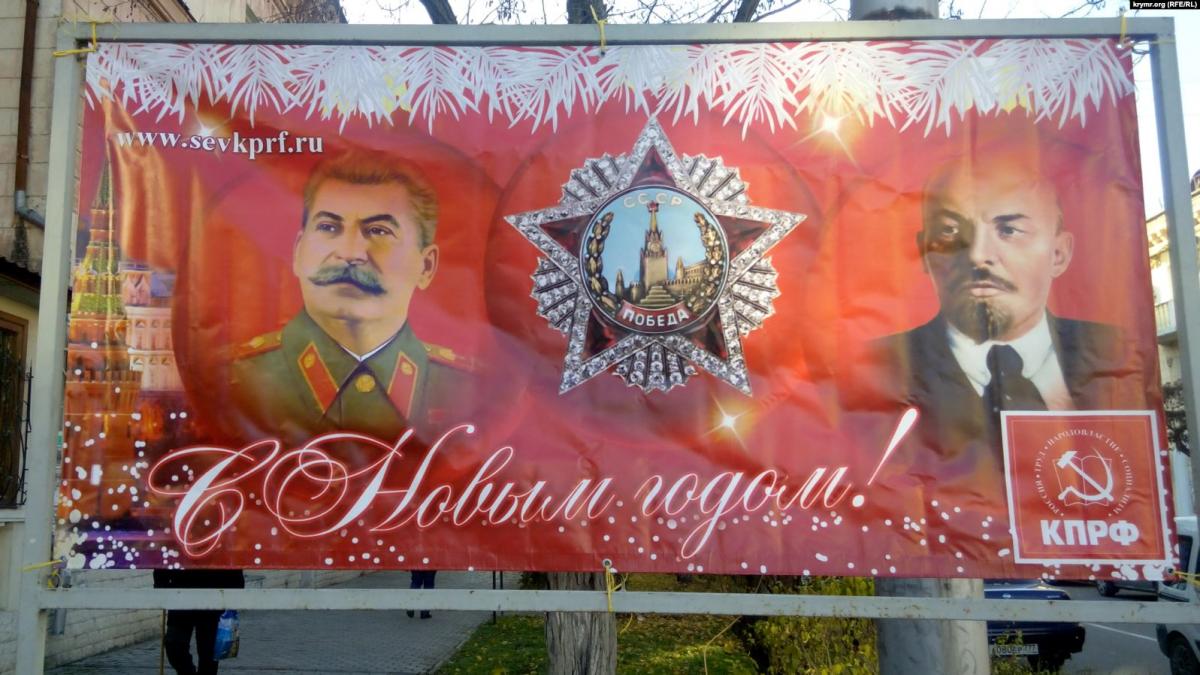 New Year's greetings with portraits of Joseph Stalin and Vladimir Lenin have been placed in the center of Sevastopol in the Russian-occupied Crimea.

That's according to RFE/RL's Crimea.Realities project.

The billboard is located outside a local office of Russia's Communist Party.

Communist Party and the relevant symbols of the Soviet Union have long been banned in Ukraine.

Read alsoUNGA backs updated resolution on Russia-occupied CrimeaSince the onset of Russia's annexation attempt in Crimea in 2014, Russian communists have introduced a tradition to put up propaganda billboards and banners depicting Lenin, his wife Nadezhda Krupskaya, and Stalin in the city center.