The two presidents also exchanged views on the developments in neighboring Belarus. 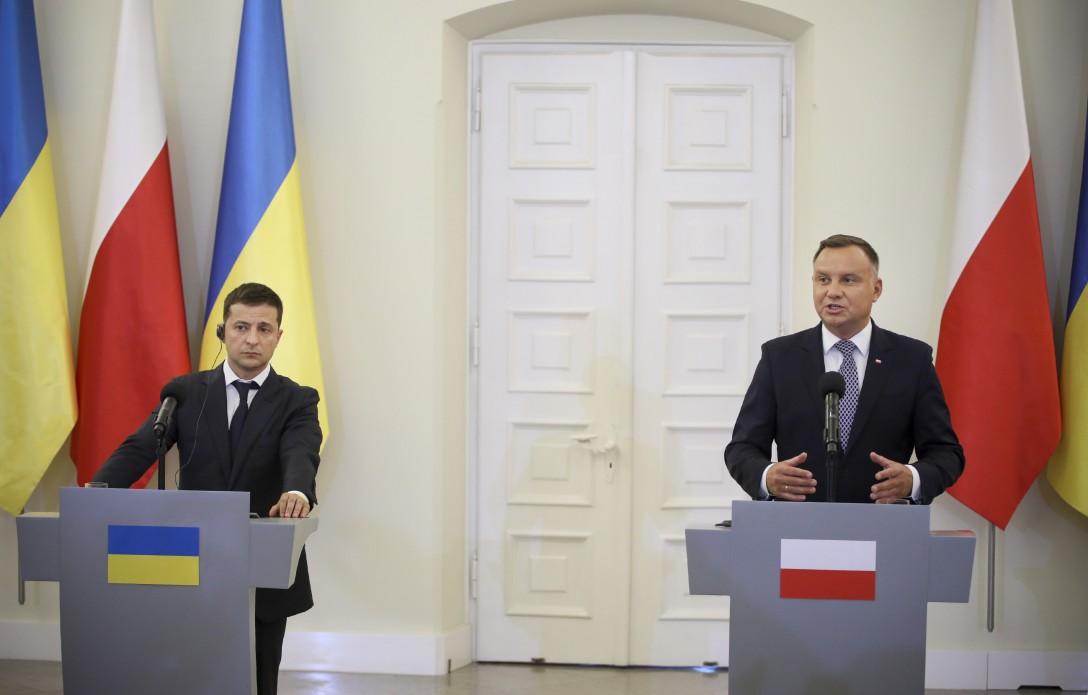 Zelensky raised the issue of historical memory, namely the inclusion in the register of military burials and the restoration of a legal Ukrainian grave on Monastyr Mount in Werchrata, the President's Office reports.

The President of Poland said he is hopeful that the issue will have been removed from the agenda by their next meeting in person as Duda "gratefully accepted" Zelensky's invitation to visit Ukraine in October this year.

The two presidents also exchanged views on the developments in neighboring Belarus. Zelensky noted the "common approaches" Ukraine has with the European Union in assessing the internal political crisis in Belarus.

Read alsoMEP slams Putin's oped over "destroying historical truth"The Ukrainian president briefed Duda on the security situation in Donbas and Ukraine's efforts to ensure sustainable peace, also thanking Warsaw and personally Andrzej Duda "for their firm support of the sovereignty and territorial integrity of our state."

The heads of state discussed steps aimed at countering the COVID-19 spread and minimizing the impact of the pandemic.

"I reaffirm Ukraine's willingness to join the implementation of your plan of international cooperation after the end of the coronavirus pandemic," Zelensky told Duda. "I wish a speedy recovery to all Poles who are undergoing a coronavirus challenge."

In September 2019, Ukraine lifted a ban on exhumation works by Polish experts at locations where Poles died during World War 2. The ban had been introduced over the inaction of Polish authorities to prevent acts of vandalism at the graves of and monuments to Ukrainians in Poland, as well as over the inaction of Polish authorities on the restoration of numerous sites that have been destroyed.