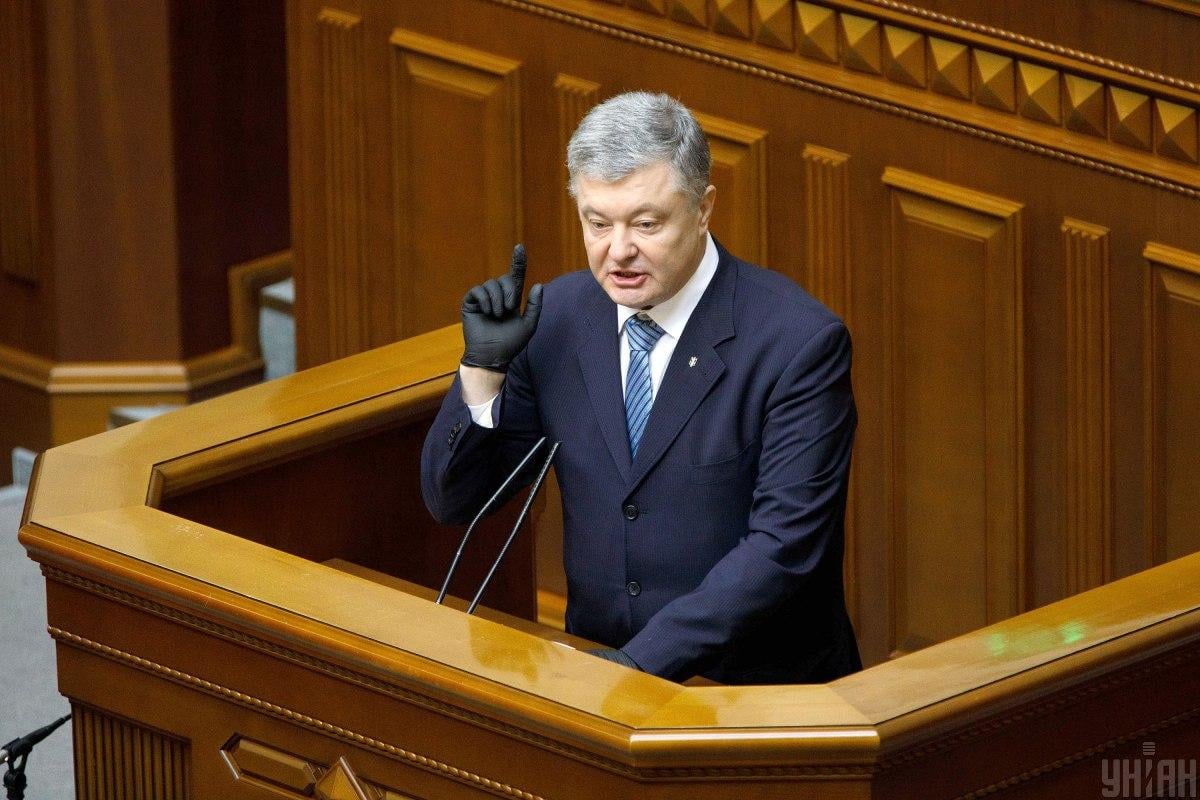 "Another three proceedings on the appointment of the prime minister in the absence of a [parliamentary] coalition, meddling in the activities of Kyiv's District Administrative Court and the appointment of members of the High Council of Justice were closed last week. These proceedings were closed over the lack of corpus delicti. They were registered in the Unified Register of Pretrial Investigations upon claims filed by Andriy Portnov," she said at a briefing on June 18, 2020, according to an UNIAN correspondent.

"Last week, a case was opened and information was registered in the Unified Register of Pretrial Investigations upon a statement by the chairman of the Foreign Intelligence Service. And Prosecutor General Venediktova informed the MP [Poroshenko] of the charges," she said.

"There is a difference when the chairman of the Foreign Intelligence Service makes a statement about the crime – you understand that the judicial and investigative perspective was completely different," the prosecutor general explained.

As UNIAN reported earlier, Poroshenko is suspected of abuse of office in issuing a wrongful order that prompted former Chairman of the Foreign Intelligence Service Yehor Bozhok to exceed his official authority.

The case concerns the appointment of Semochko, a target of journalistic investigations into enrichment sources and his family's ties with Russia, to the post of first deputy head of the Foreign Intelligence Service.

The prosecutors initially asked the court to remand Poroshenko in custody amid a pretrial investigation, setting bail at UAH 10 million (US$373,692).

On June 18, the prosecutor's office amended the motion for the preventive measure, easing it from "holding on remand" to "personal recognizance."