Ukraine has a major issue with the media being financed not only by Ukrainians, Zelensky says. 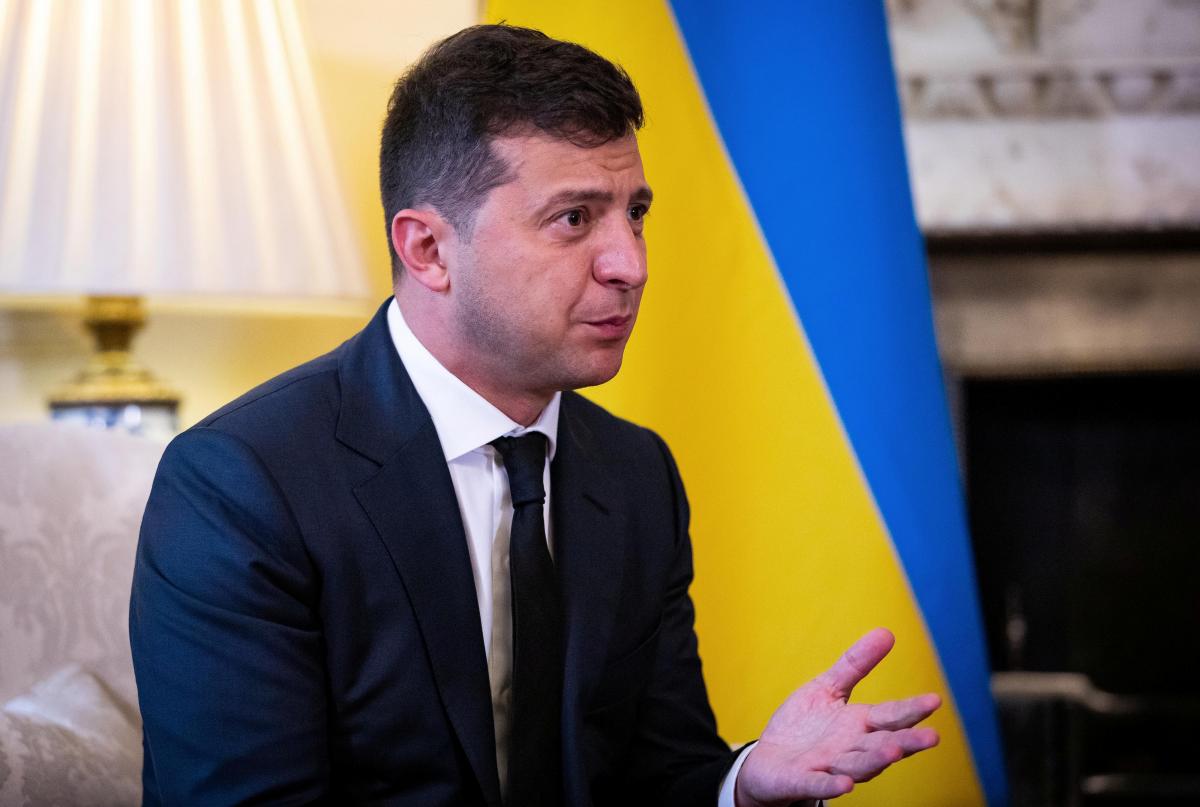 President Volodymyr Zelensky has confirmed media reports about a meeting held in London with the British Intelligence Service MI6 officials during his official visit to the UK.

The issues of disinformation and fake news were discussed during that meeting, Zelensky's Office reported citing the president and thus debunking earlier reports alleging that the Brits had warned the Ukrainian leader of leaks coming from his nearest entourage.

The head of state has appealed to Ukrainian media to "verify more carefully the information they publish."

"We had a meeting in the MI6 office. Unfortunately, not all the information I can disclose. These are state affairs. I read about what some report on participants of that meeting. First, there was a different composition at this meeting [ZN.ua claimed SBU chief Ivan Bakanov was invited unlike representatives of the President's Office]," said Volodymyr Zelensky, answering reporters' questions during his visit to Odesa region on Wednesday.

The issue "which, as per some Ukrainian media, was allegedly raised at the meeting, was actually not considered at all," the President's Office reported, apparently referring to the leaks claim initially voiced by the ZN.ua outlet citing a source.

"Of all the issues from our long two-hour meeting, most was information about helping and protecting our sovereignty and territorial integrity. I can't share the details," the president said.

The head of state said that one of the topics discussed was countering disinformation and fake news.

"They just said that we have a major issue with the media being financed not only by Ukrainians. That in Ukraine, unfortunately, many of TV channels we all know are financed by different groups," the head of state said.

He stressed that the issues of protection of freedom and protection of information are extremely important for national security, so it is important to create independent media.

Read alsoBritain to help Ukraine counter Russia's "malign influence"Volodymyr Zelensky expressed hope that journalists will preserve their integrity and verify information regardless of who owns a particular media outlet.

"It seems to me that the main purpose of this job is to verify information and freely make it public. And it's rightly so. As for the independent media, I am sure that we have many independent journalists. And we will always support their freedom," the president concluded.

ZN.ua on Tuesday, October 12, reported, citing a source, that Volodymyr Zelensky during his official visit to the UK held an unannounced meeting with the head of British intelligence, Richard Moore.

ZN.ua claimed it was Moore who was instructed by the British government to convey to Zelensky the messages that Prime Minister Boris Johnson did not want to voice personally for a number of reasons.

The situation in the East and Russia's actions; and

Zelensky's entourage, not only official, but also informal, who have a significant influence on the Ukrainian president.