The suspect in the shooting has been apprehended. 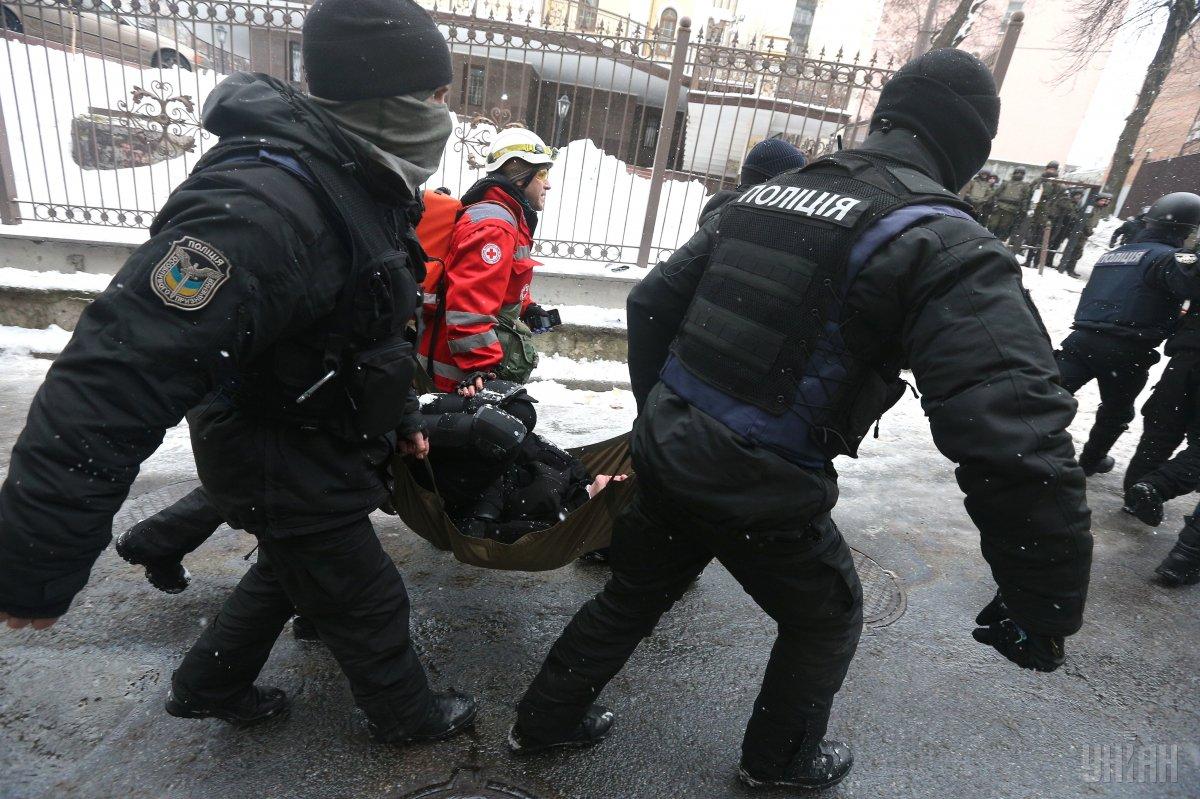 A Ukrainian law enforcer took a gunshot in the leg amid clashes reported between police and groups of aggressive protesters outside the Solomensky district court in Kyiv where a preventive measure was being heard for Odesa Mayor Gennadiy Trukhanov, who is charged with embezzlement.

Among those rallying outside the court were representatives of the newly-created controversial National Squads organization, a C14 group, and men sporting black uniform with Donbas Battalion badges.

Read alsoOdesa Mayor Trukhanov detained at Kyiv Boryspil AirportProtesters demanded that the suspect be remanded in custody. The most active group intended to storm their way into the courtroom but were eventually blocked by law enforcers cordoning the premises.

The wounded police officer "was taken to the hospital while the shooter – to the police station", according to a report by the municipal police.

As UNIAN reported earlier, the court released Mr Trukhanov against the guarantees of Ukrainian Member of Parliament from the Bloc of Petro Poroshenko faction Dmytro Golubov.

Trukhanov was detained at Kyiv Boryspil International Airport on Wednesday, February 14, 2018. Trukhanov is suspected of embezzlement of property through abuse of power under Part 5 of Article 191 of the Criminal Code of Ukraine. 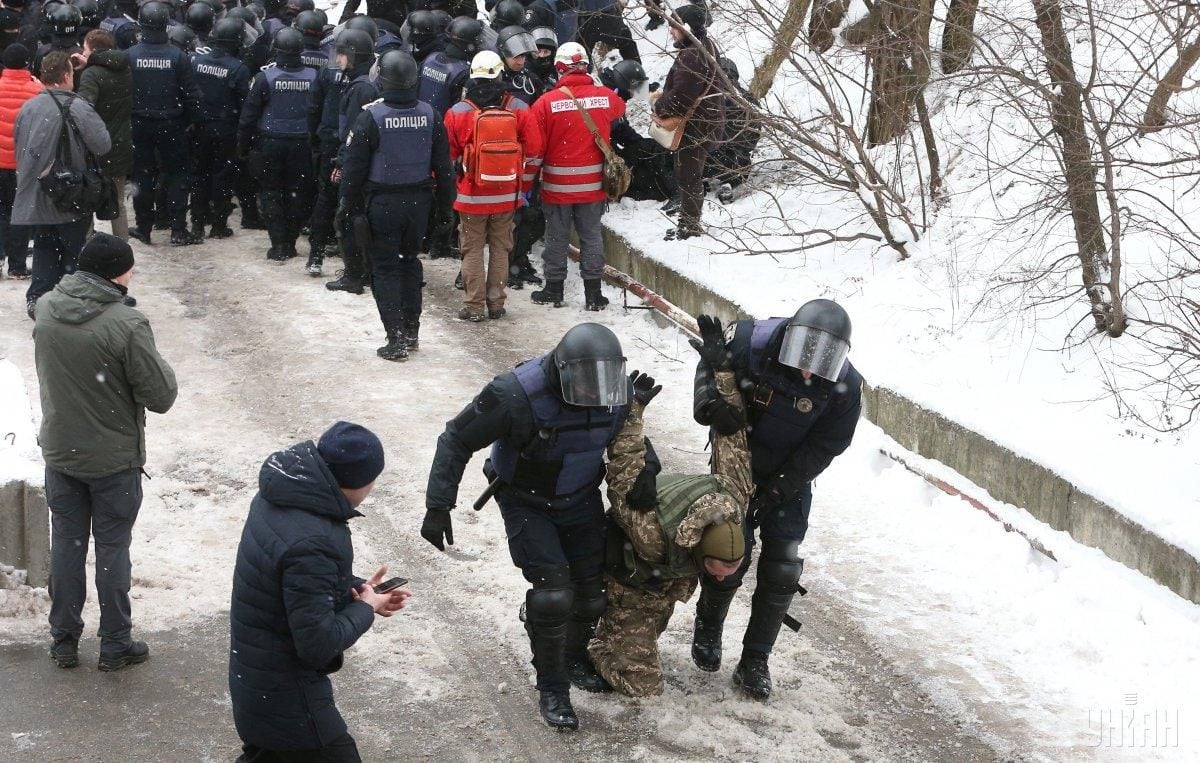 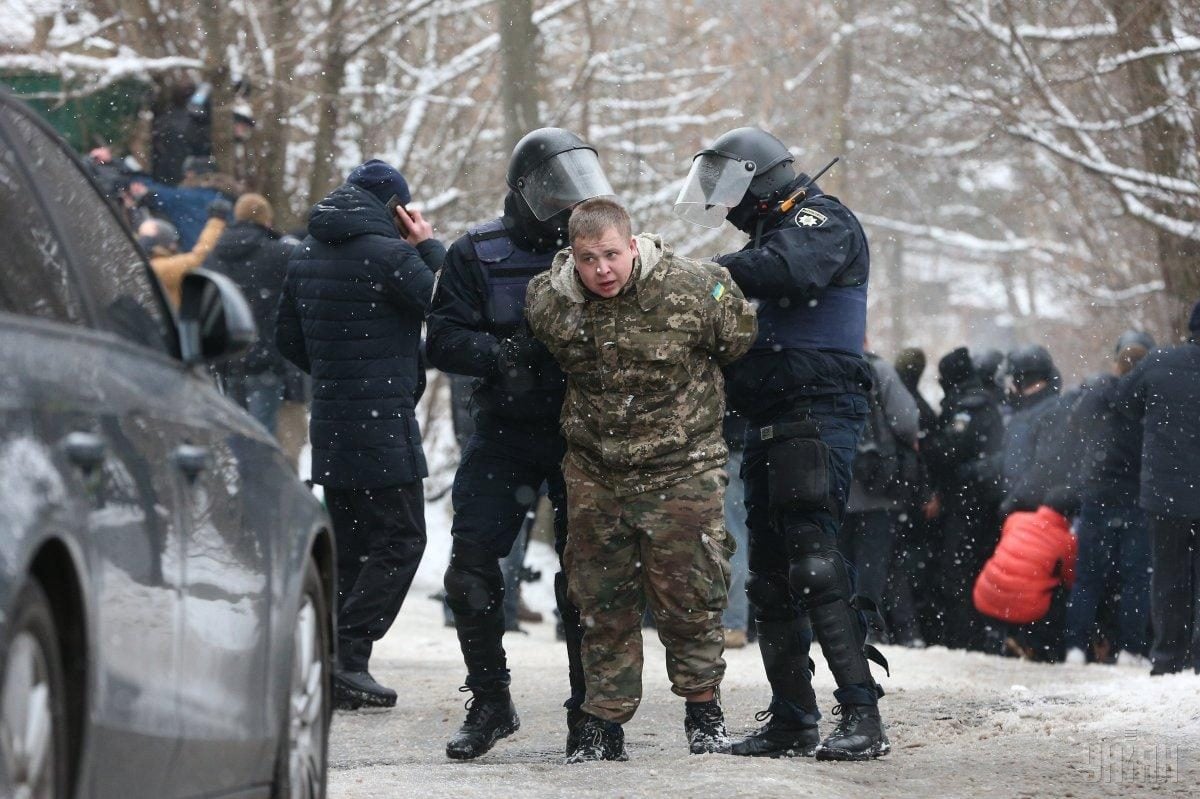 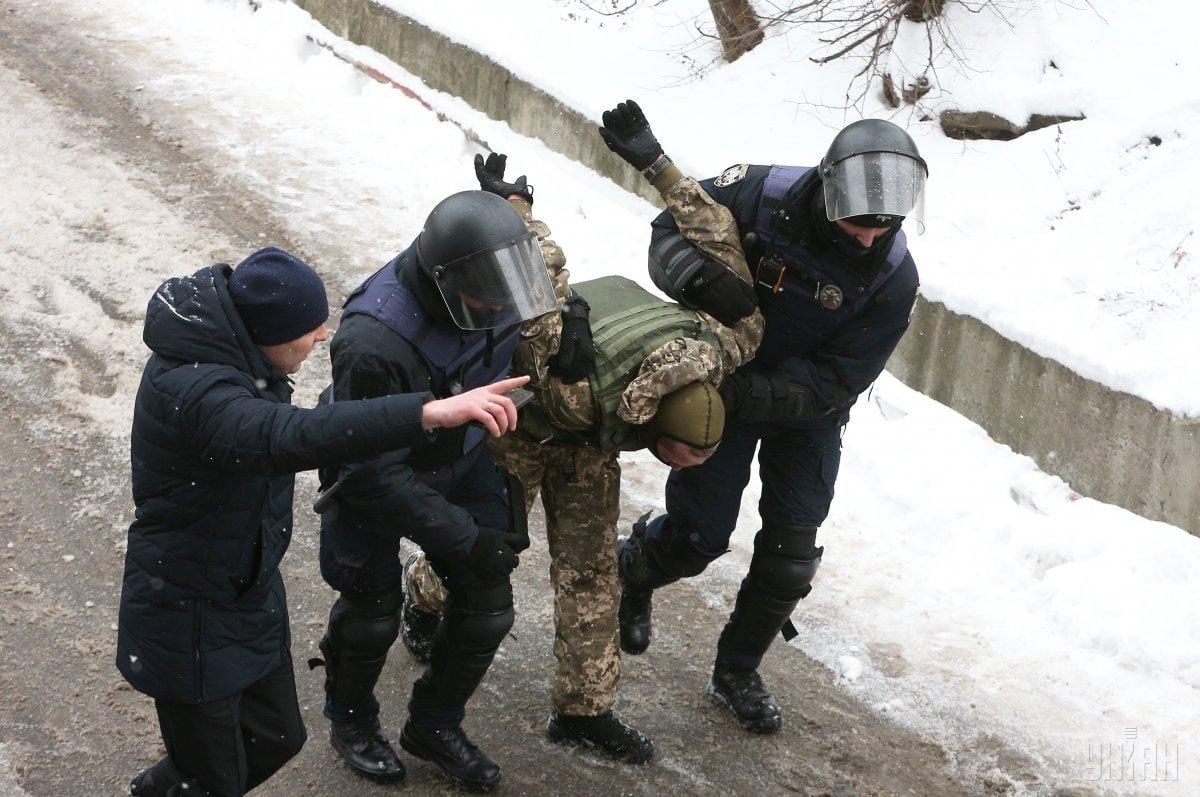 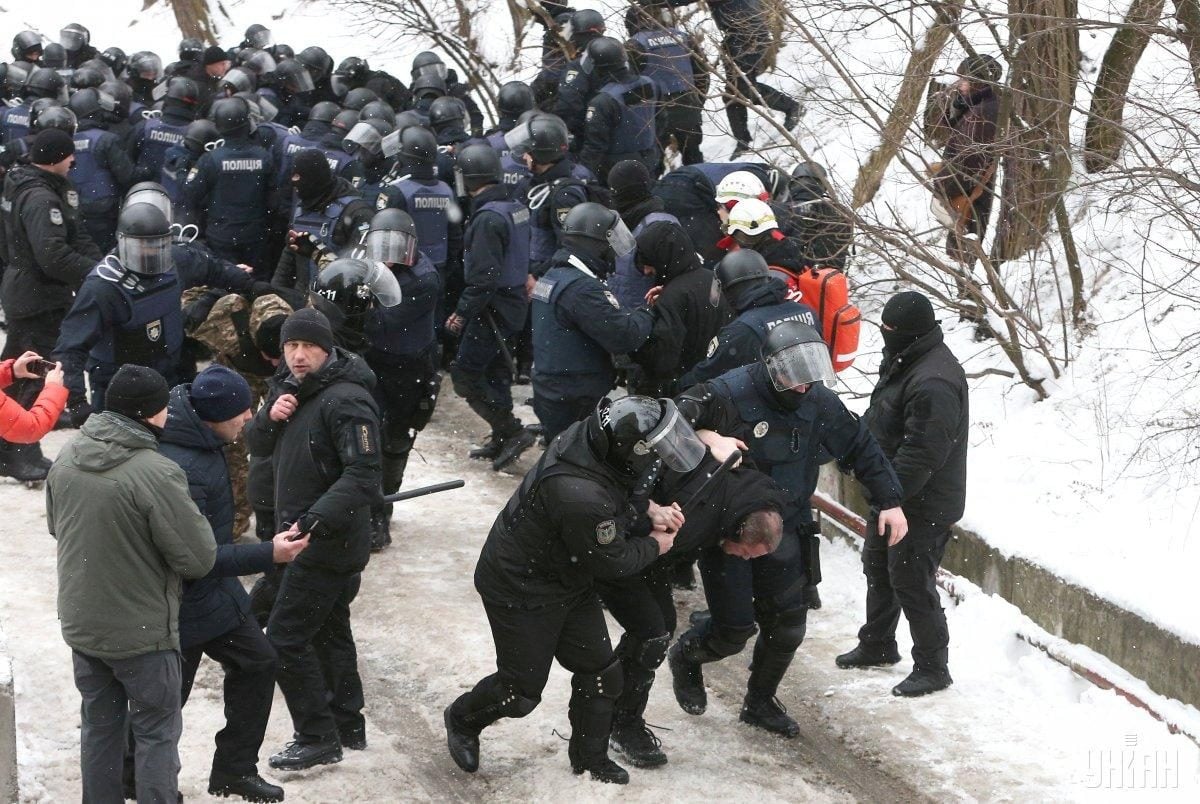 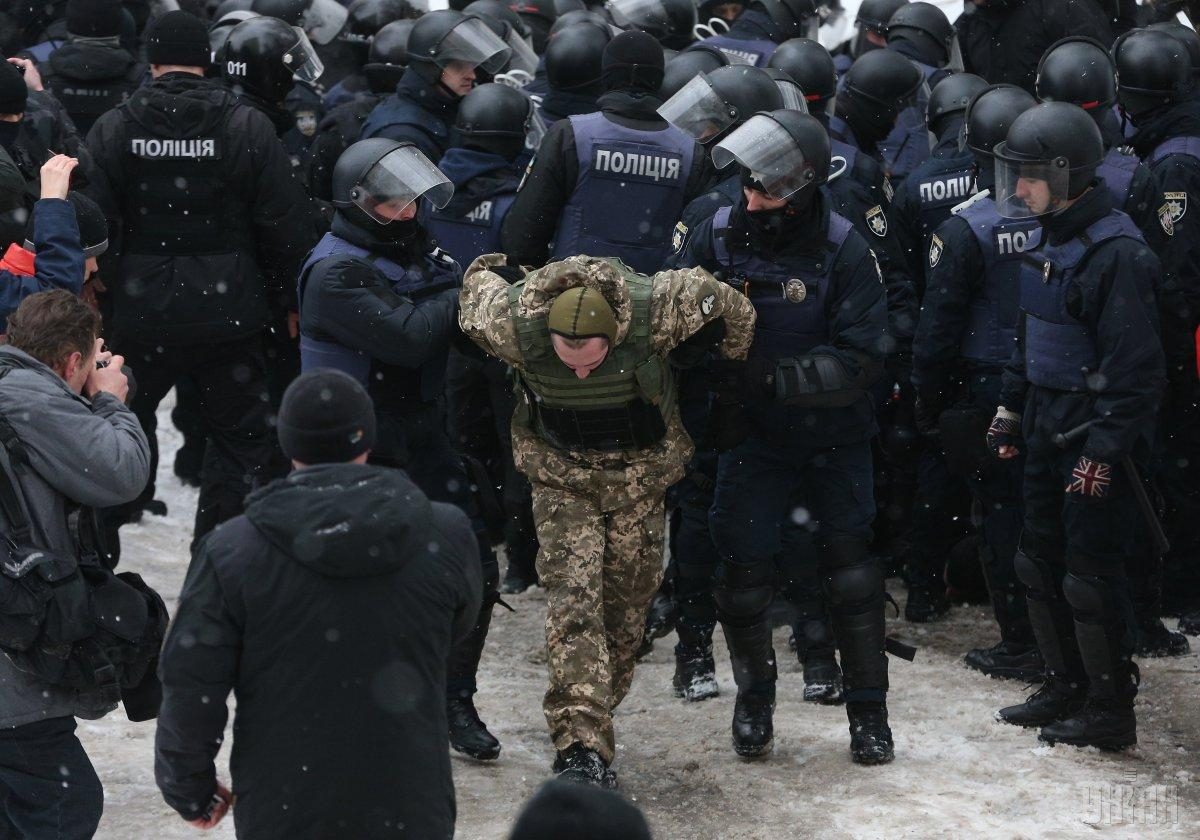 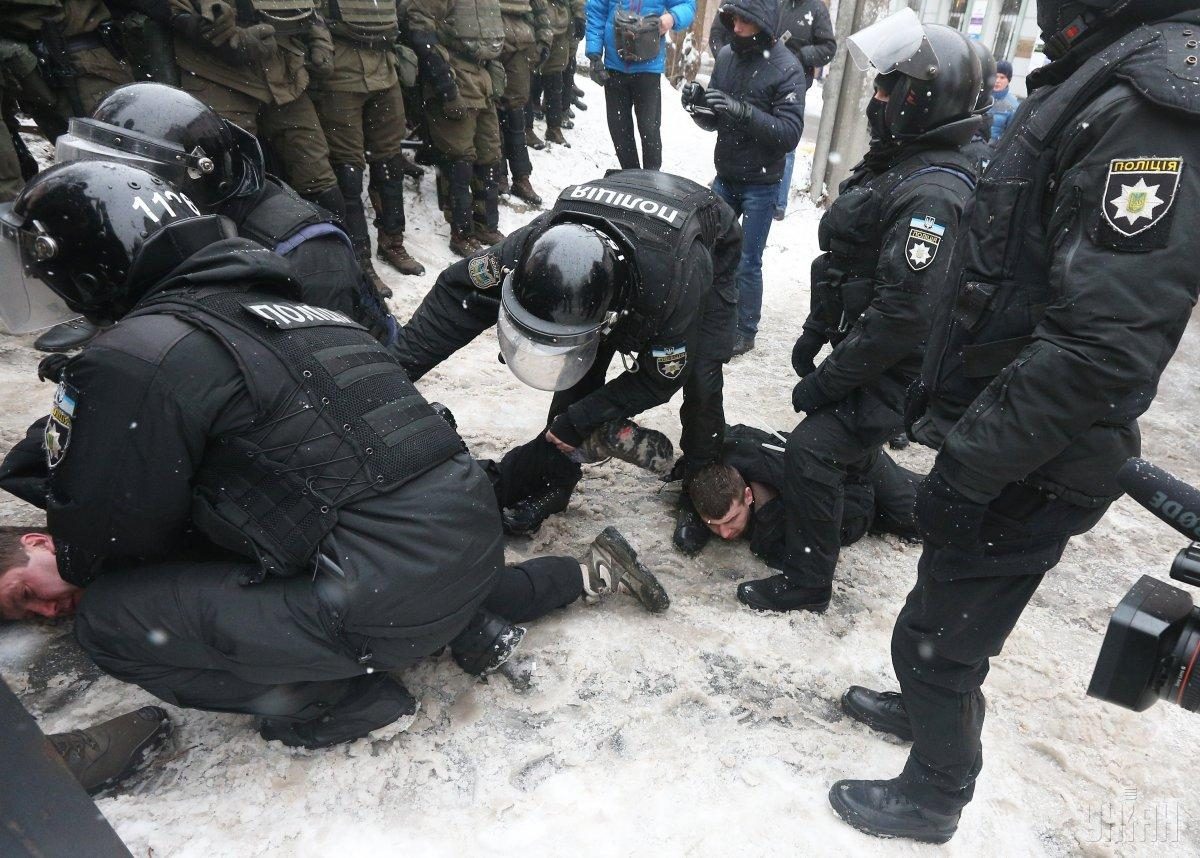 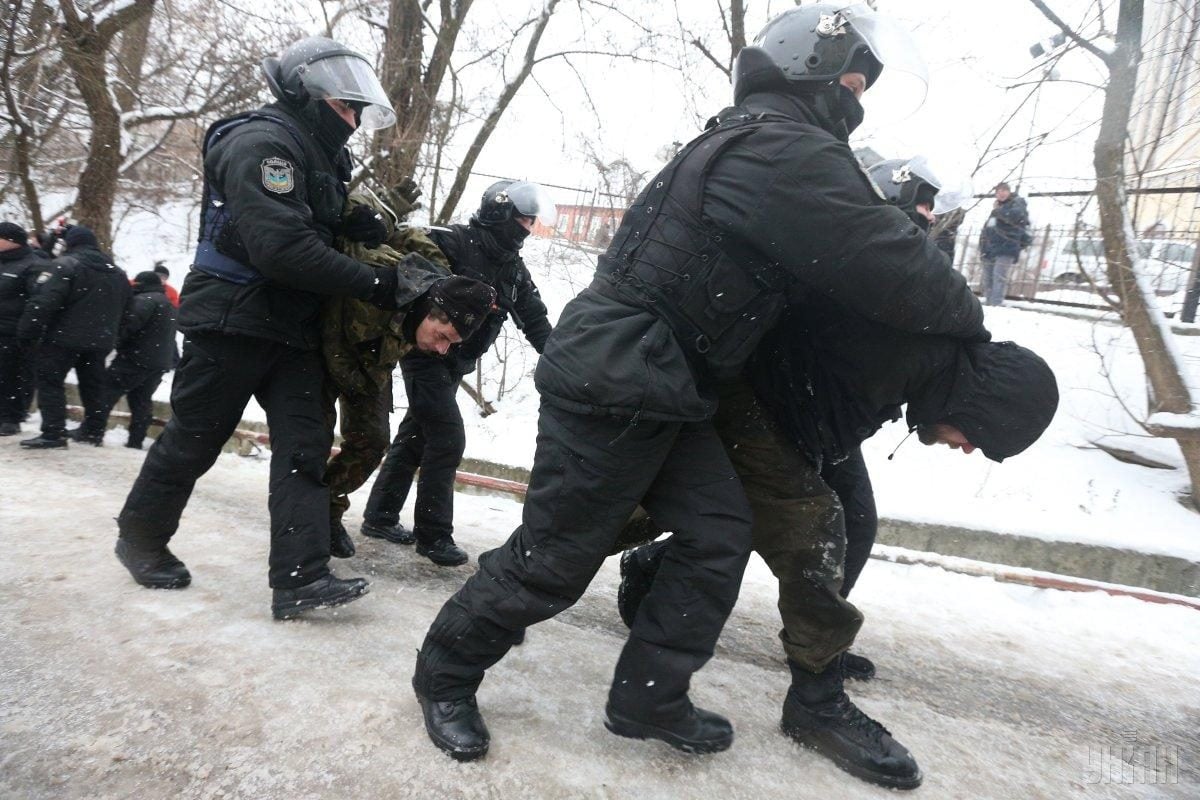 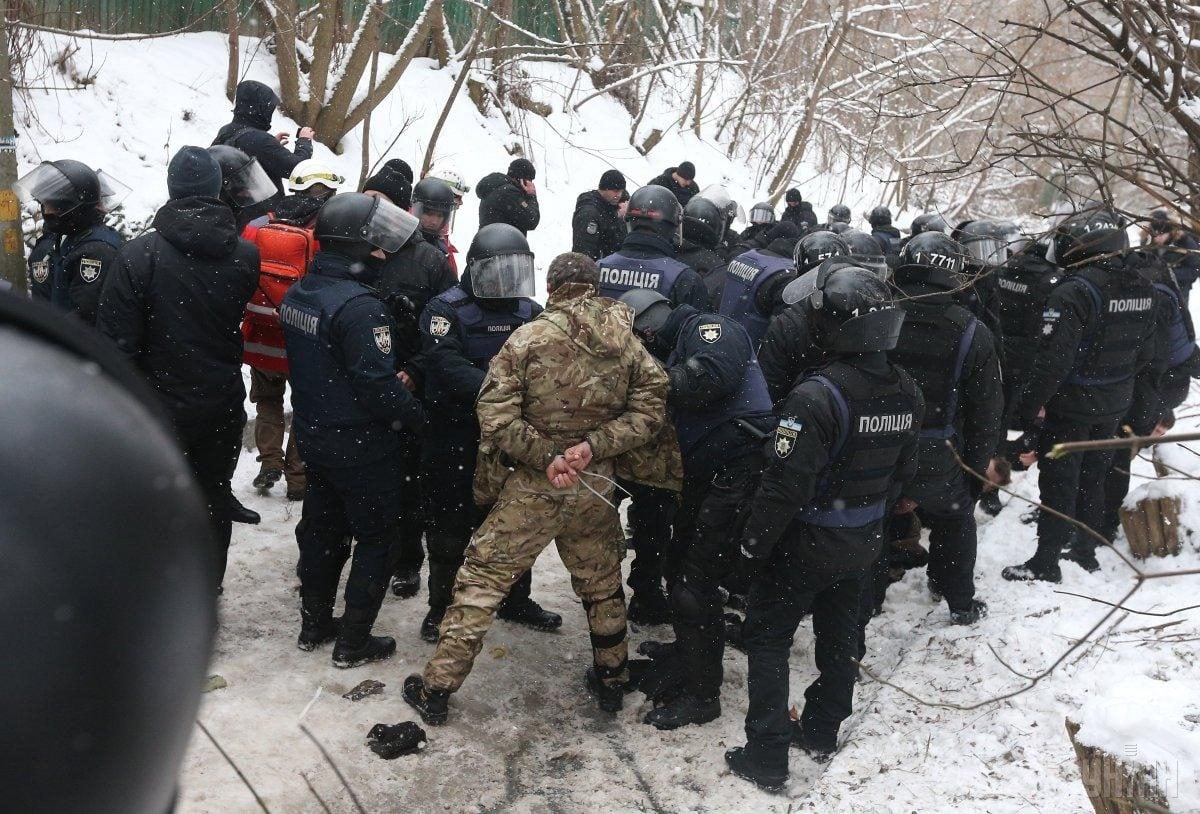 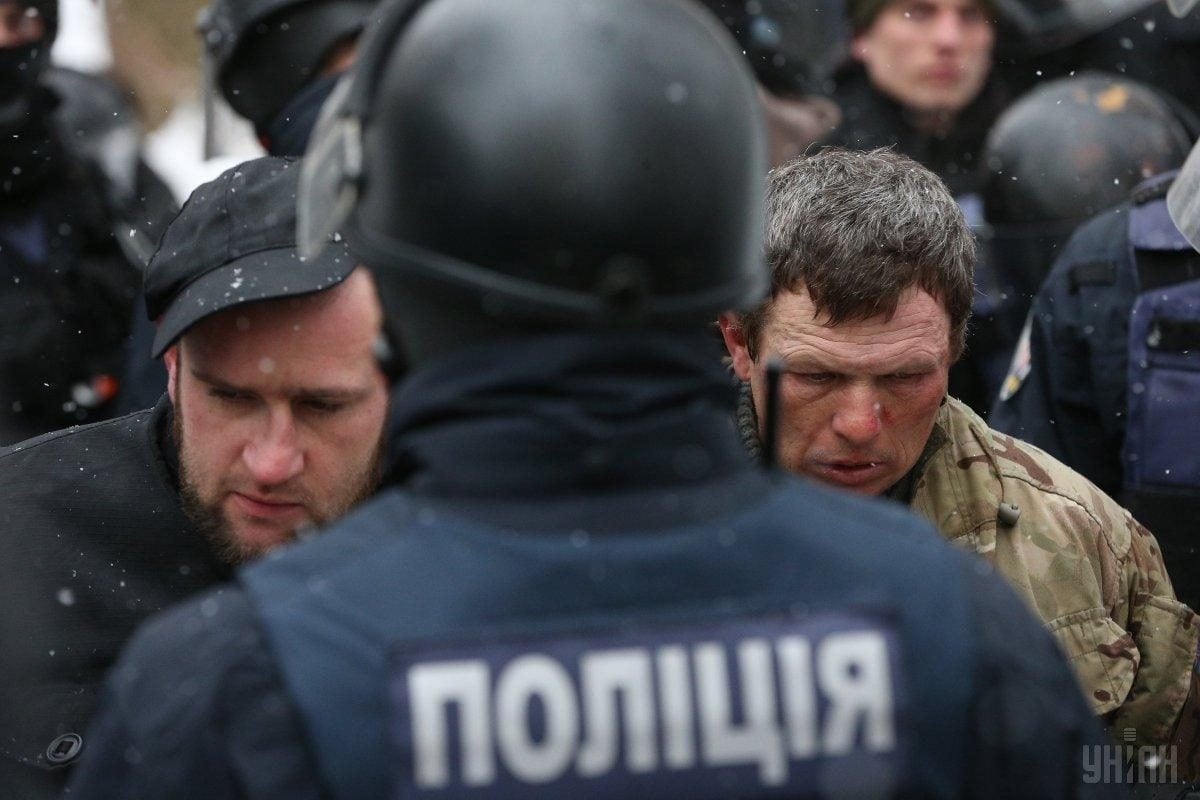 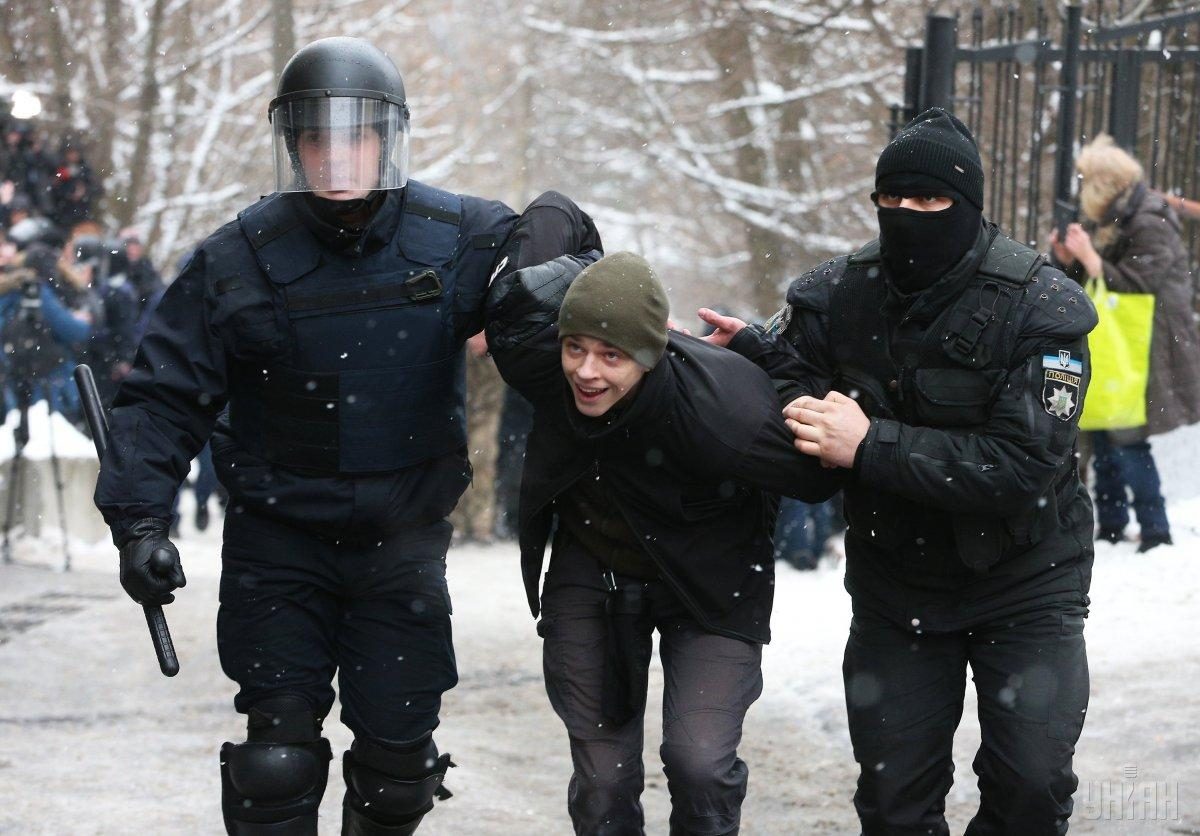 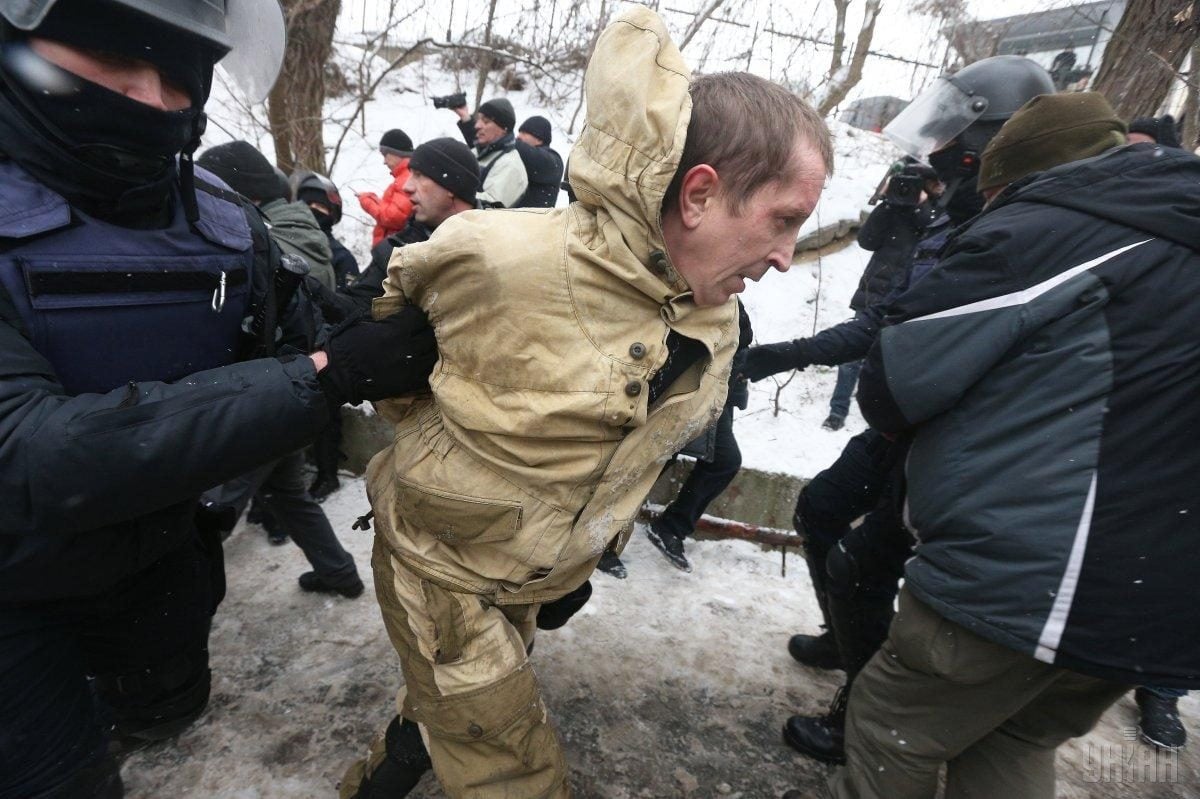 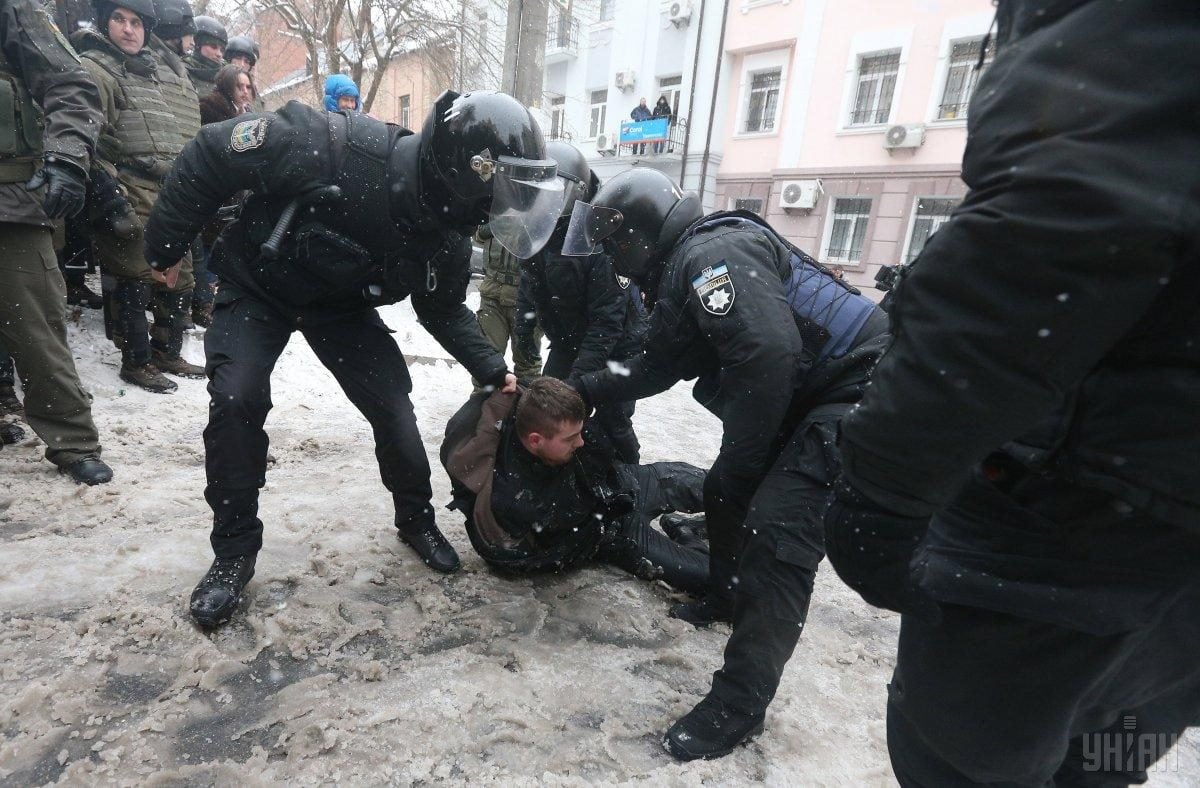 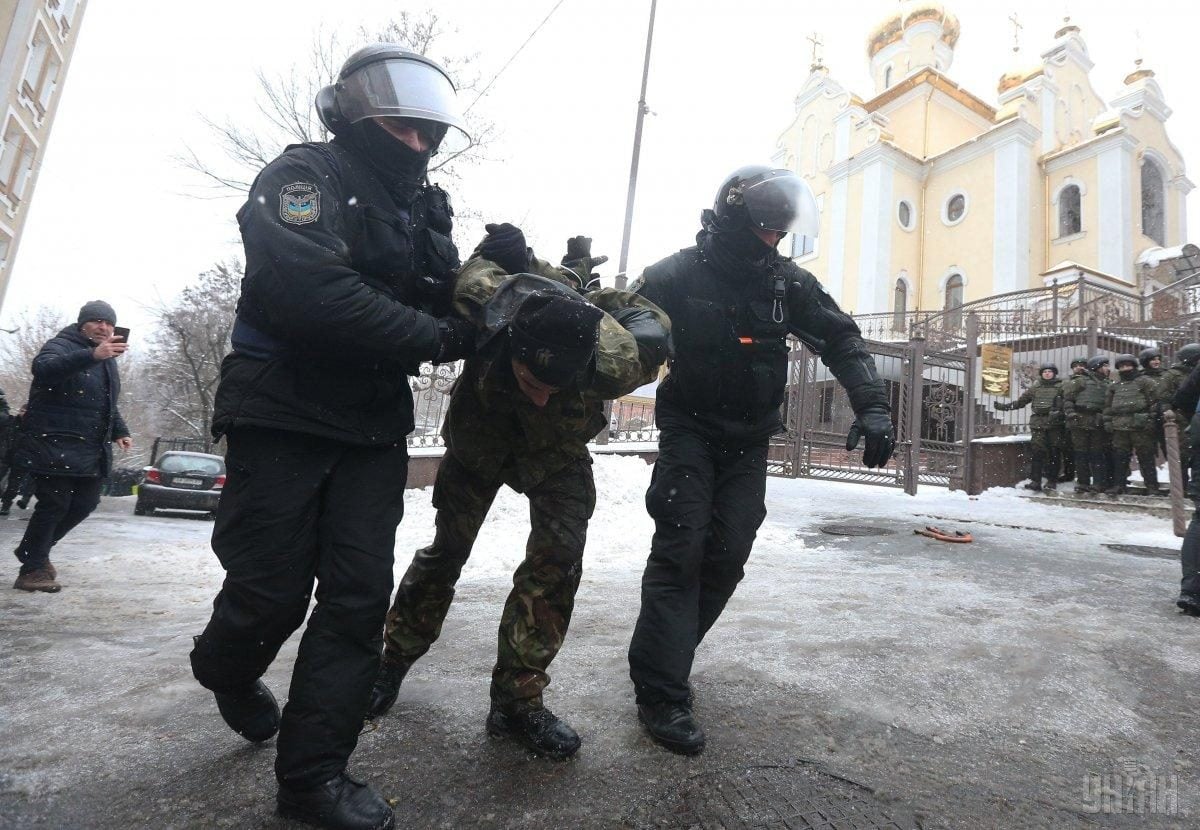 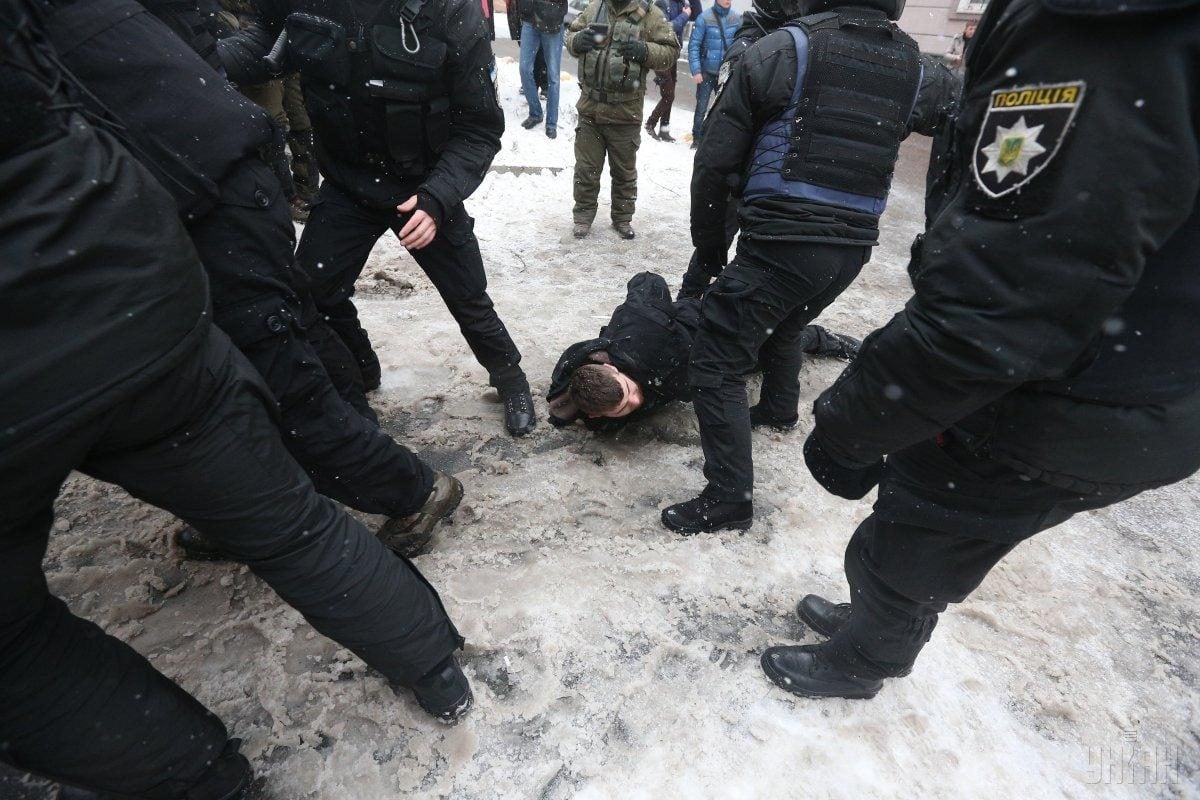 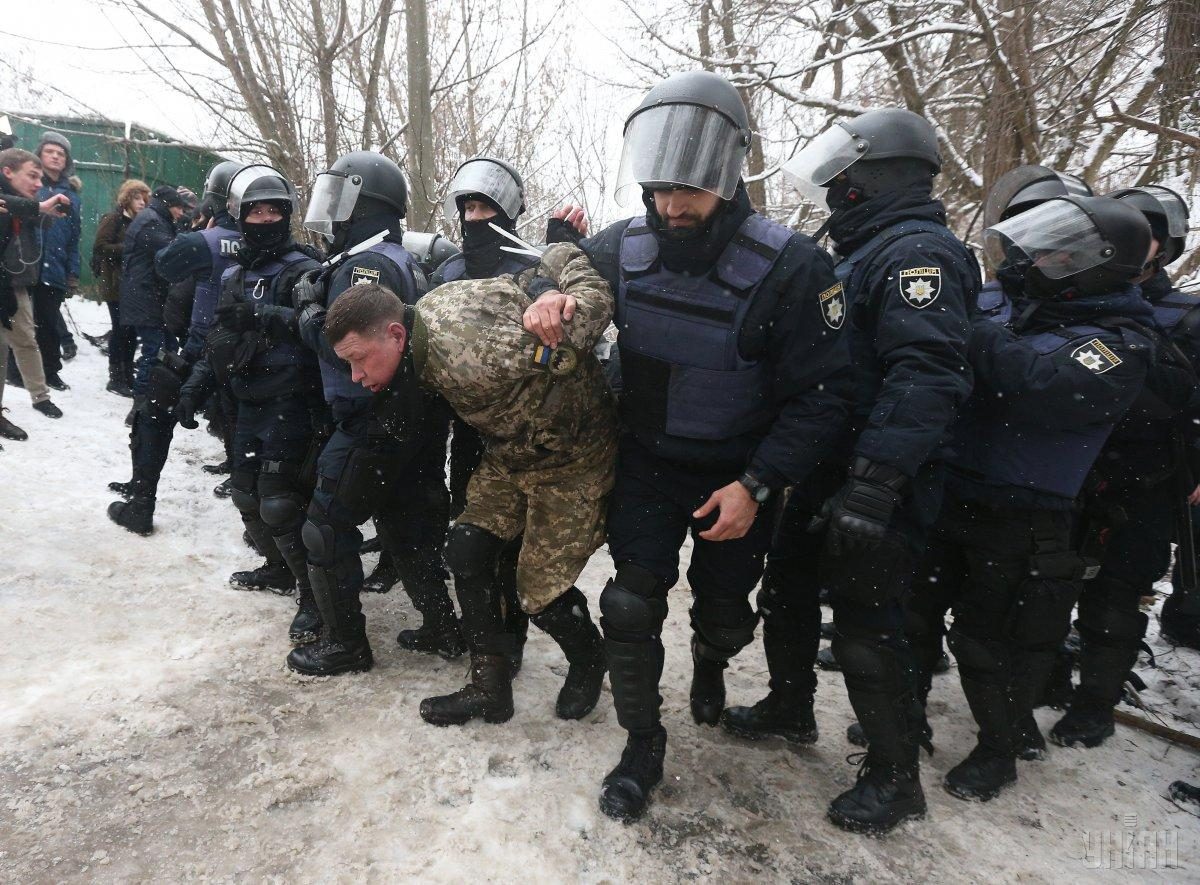 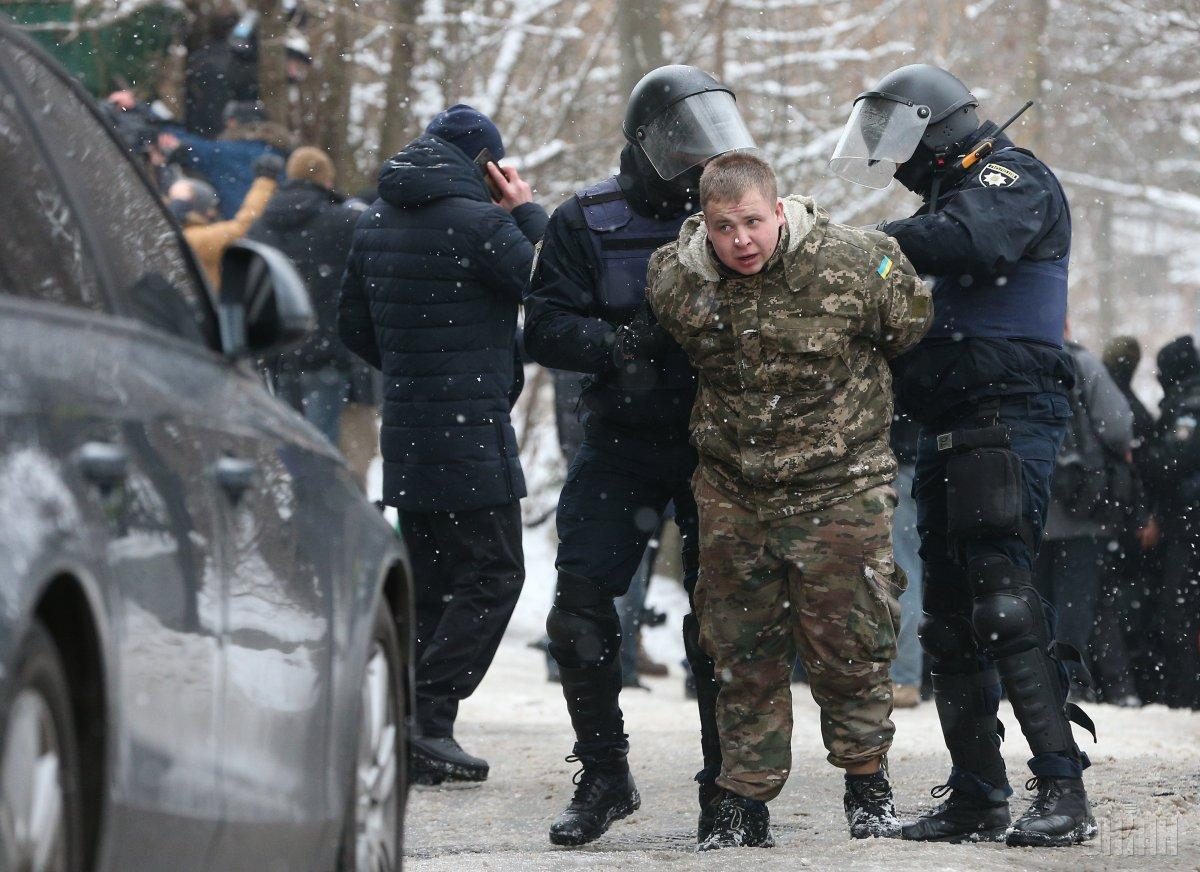 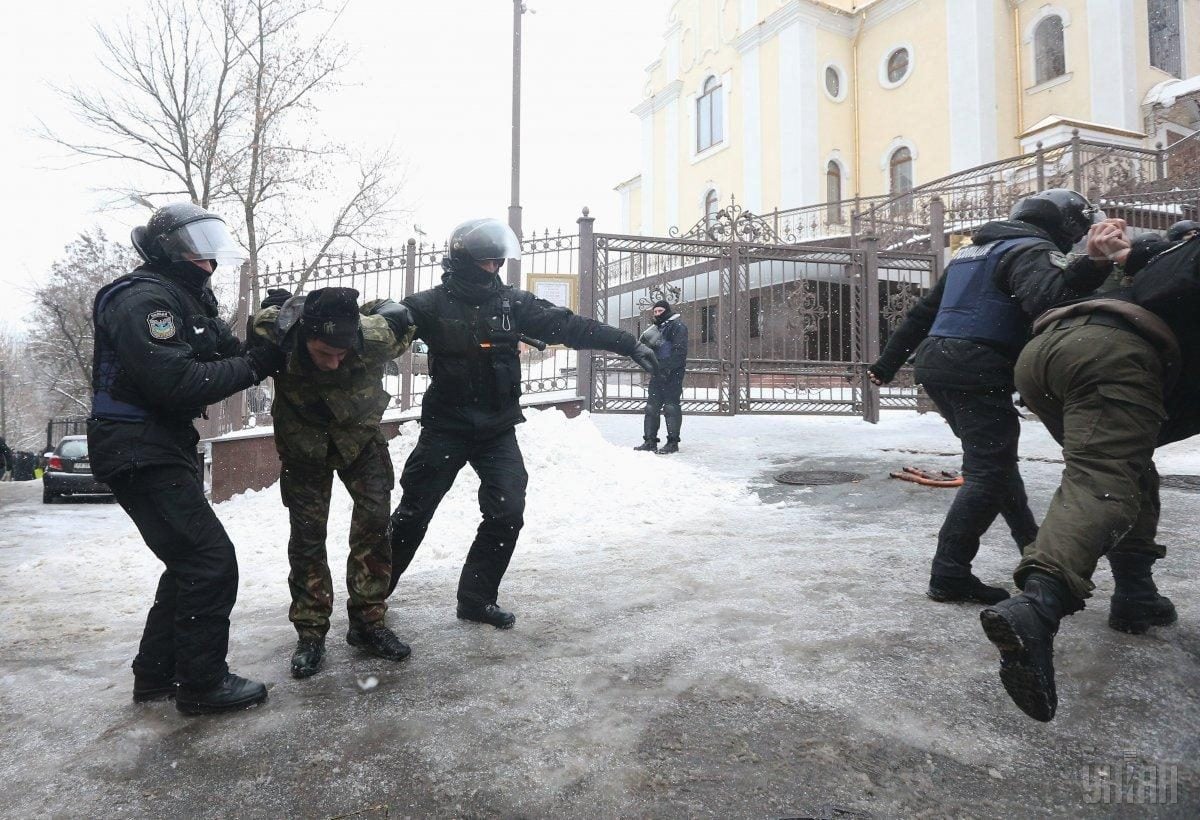 © Photo from UNIAN
If you see a spelling error on our site, select it and press Ctrl+Enter
Tags:News of UkraineUkraineKyivpoliceclashes