Two FSB officers, Vladimir Kuznetsov and Askar Kuluba, who were detained in Ukraine's Kherson region on June 30, 2017, were handed over to the Russian side. 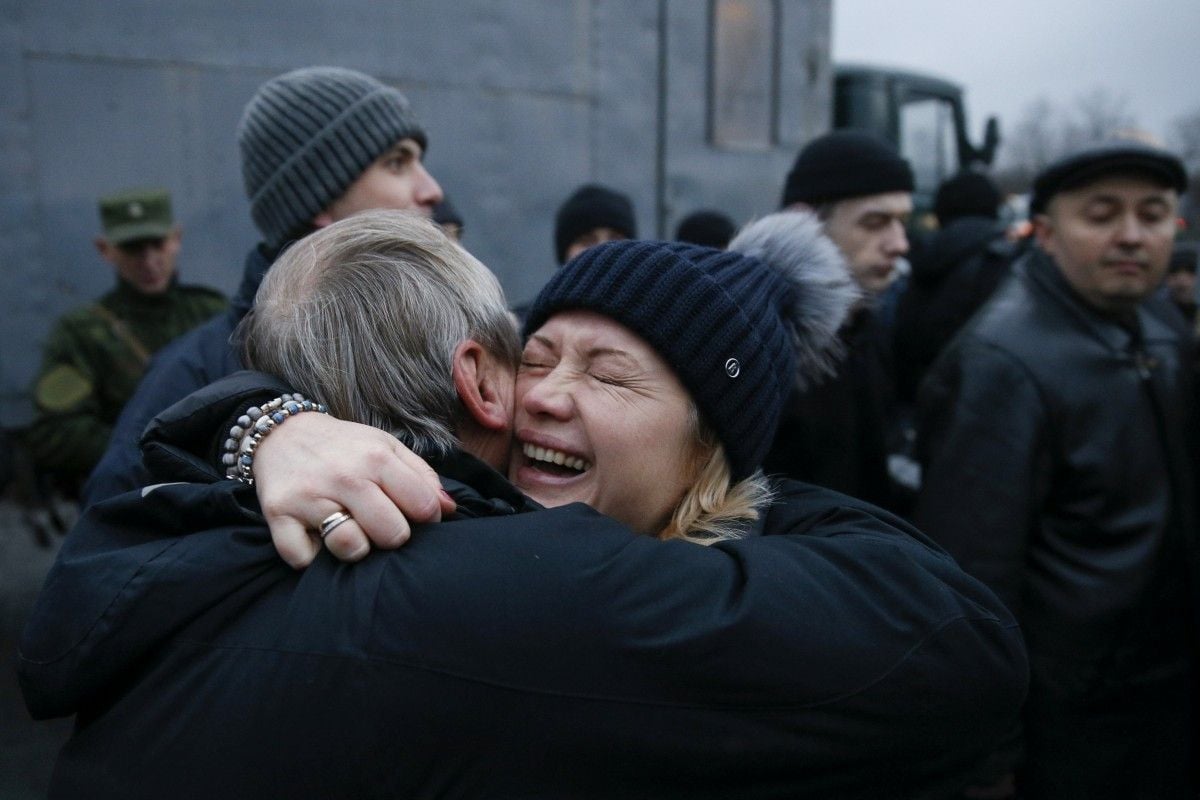 First Deputy Chairperson of the Verkhovna Rada Iryna Gerashchenko has announced that the two Ukrainian border guards who were abducted by Russia's Federal Security Service in October 2017 have returned to Ukraine.

Speaking in the session hall of the Verkhovna Rada, she said that the SBU Security Service of Ukraine and the State Border Guard Service of Ukraine had reported to the president of Ukraine that Bohdan Martson and Ihor Dziubak had returned to Ukraine, an UNIAN correspondent reported.

Gerashchenko greeted the two men's families. "Dear Ihor and Bohdan, we are happy that you will be in Kyiv within a few hours," she said.

"As I promised at the press conference [on February 28], two more Ukrainians have been released from captivity. These are our border guards Bohdan Martson, Ihor Dziubak. The aggressors abducted them in Sumy region [Ukraine's northern border with Russia] on October 3, 2017. Guys, welcome home," Poroshenko wrote on Facebook.

It is reported the swap took place in the neutral zone near the Hoptivka checkpoint on the Ukrainian-Russian border at about 11:00 Kyiv time on March 2. Two FSB officers, Vladimir Kuznetsov and Askar Kuluba, who were detained in Kherson region on June 30, 2017, were handed over to the Russian side.

The Ukrainian border guards were met by Head of the State Border Guard Service of Ukraine Petro Tsyhykal. He also reported to the president about the completion of this swap.

Meanwhile, Russian media outlets reported two men who introduced themselves as border guards of the Ukrainian Sumy border guard detachment had been detained by the Russian FSB's border unit allegedly for the illegal crossing of the Ukrainian-Russian border.

If you see a spelling error on our site, select it and press Ctrl+Enter
Tags:News of UkraineRussiaUkraineborderguardsswapcaptivity