In total, five suspects have been detained. 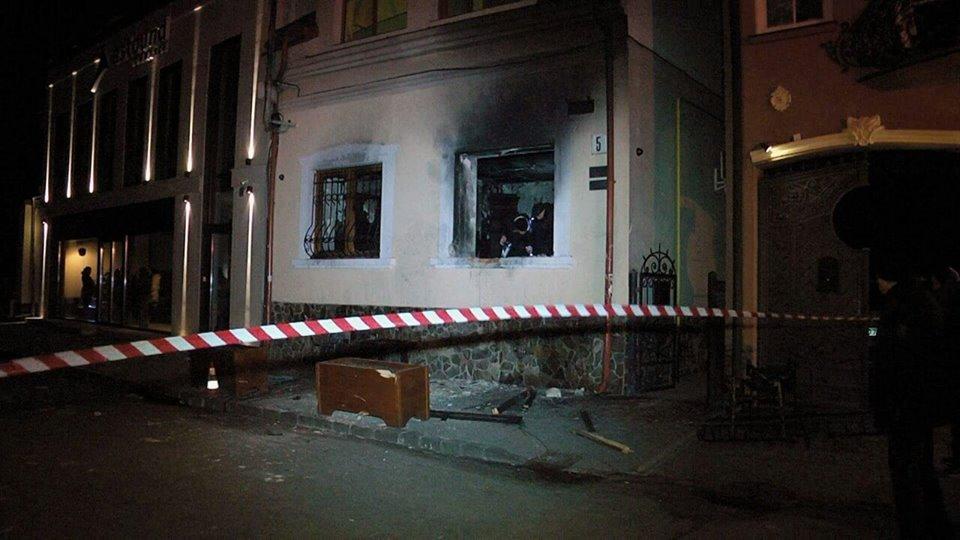 Ukraine's National Police has announced that both crimes related to attacks on the Transcarpathian Hungarian Cultural Association (KMKSZ) in the town of Uzhgorod, Ukraine's west, have been solved.

"The police have just detained three people involved in an attack on the Hungarian culture center on February 27. One of them was detained in Cherkasy, another two were detained in Kropyvnytsky," chief of the National Police Serhiy Knyazev said on Facebook on March 4.

A possible organizer of the attacks, a foreign citizen, was identified and put on the wanted list.

Read alsoUkraine on arson attack on Hungarian culture center: "Inciting hatred""Prior to that, Zakarpattia police identified citizens of Poland who were involved in an arson attack on the center on February 4. These two persons were detained by our Polish counterpart in Warsaw. A court in Poland ruled to arrest them for 90 days," he said.

The interrogation of the detained is being organized with the support of the Prosecutor General's Office of Ukraine.

As UNIAN reported earlier, an attack with the use of a Molotov cocktail that was hurled at the building of the Transcarpathian Hungarians Union in the west Ukrainian city of Uzhgorod was reported on February 4.

The center was attacked again on February 27: it caught fire after an explosion of an improvised explosive device.

If you see a spelling error on our site, select it and press Ctrl+Enter
Tags:News of UkraineattackHungaryUzhgorod