Savchenko was summoned by the SBU to testify in the case against Ruban. 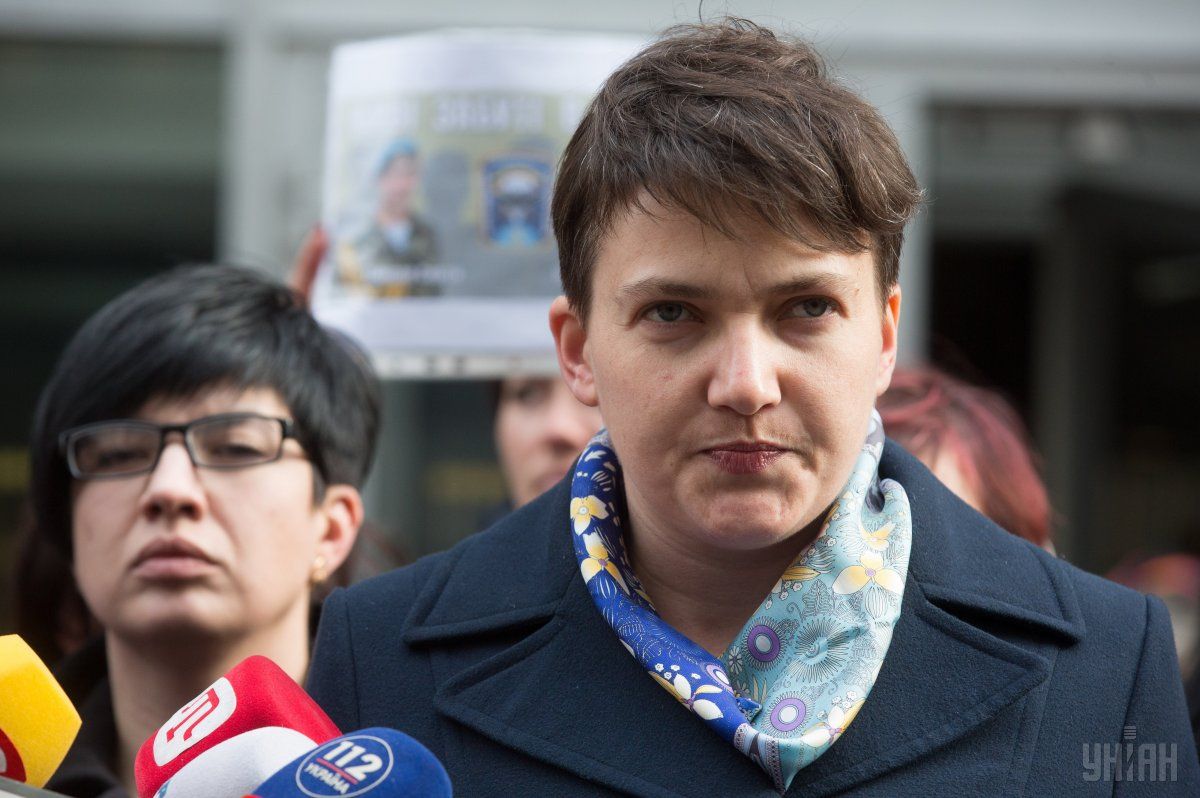 Ukrainian Member of Parliament Nadiia Savchenko claims she is ready to provide guarantees for the release of Head of the Ukrainian "Officer Corps" center for the exchange of prisoners of war (POW) Volodymyr Ruban, who was detained in Donbas on March 8 on charges of plotting a terrorist act against the country's top officials in Kyiv.

"I have never disowned anyone in my life, even being in Russian captivity. And I will not do this in Ukraine. I ask to release Volodymyr Ruban against my guarantees," Savchenko said at a briefing in Kyiv on March 15.

Savchenko was summoned to testify in the case against Ruban and entered the building of the Main Directorate of the SBU Security Service in Kyiv and Kyiv region at 10:45 Kyiv time. She was accompanied by her sister Vira, an UNIAN correspondent reports.

As reported earlier, Savchenko arrived in Ukraine from Munich in the early hours of March 15.

As UNIAN reported earlier, Ruban was detained on the contact line with the so-called "Donetsk People's Republic" at the Maiorsk checkpoint in Donetsk region on March 8.

If you see a spelling error on our site, select it and press Ctrl+Enter
Tags:News of UkraineSavchenkoreleaseguaranteeRuban