Chief prosecutor Lutsenko has already submitted a motion to parliament for the arrest of MP Savchenko. 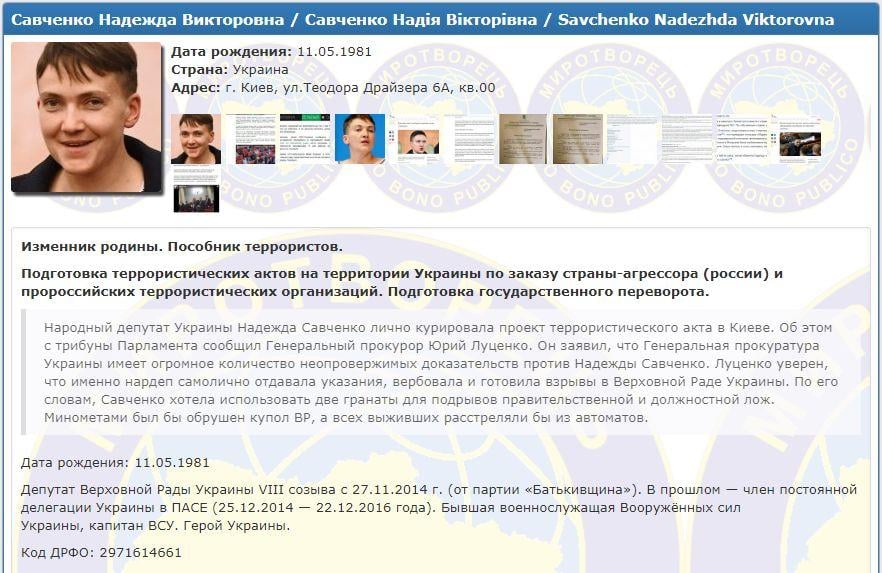 Ukrainian Member of Parliament Nadiia Savchenko, a former pilot and volunteer fighter who was freed from Russian captivity, has been included in Ukraine's Myrotvorets (Peacekeeper) Center database, which lists individuals who pose a threat to the country's security.

The information about her is available in the "Purgatory" section.

In addition, Ukrainian Prosecutor General Yuriy Lutsenko said investigators had clear evidence that Savchenko had personally given instructions on how to prepare a terrorist attack on Ukraine's parliament. Later, he submitted a motion to the Verkhovna Rada for the arrest of Savchenko.

The issue of stripping her of parliamentarian immunity is on the parliament's agenda on March 22.

If you see a spelling error on our site, select it and press Ctrl+Enter
Tags:News of UkraineSavchenkoMyrotvorets