Mosque raided in occupied Crimea under pretext of fighting "extremism"

After the Russian annexation of Crimea, the searches in the homes of the Crimean Tatars and in mosques became frequent. 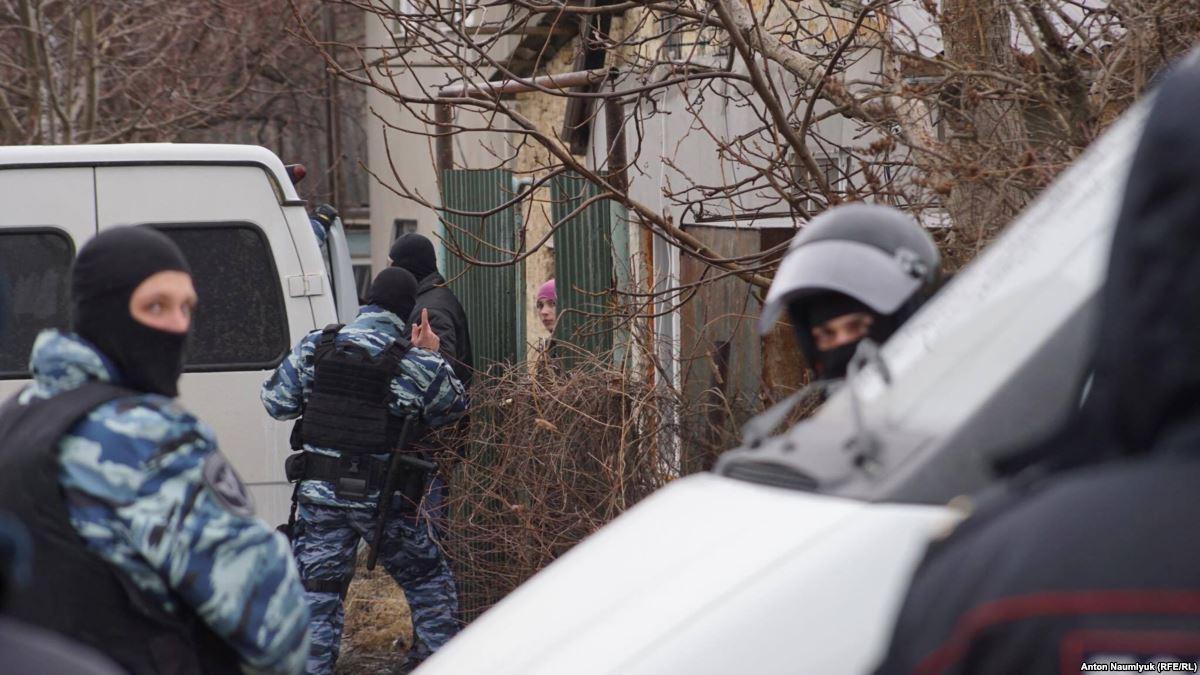 Operatives of the Russian Federal Security Service (FSB) on April 6 raided the mosque in the village of Pavlivka in the occupied Crimea under the pretext of fighting "extremism."

"FSB officers have raided the mosque in the village of Pavlivka in Dzhankoy district, saying that 'some extremist actions' are being conducted there," Ukrainska Pravda reported, referring to NGO Crimean Solidarity's Facebook page.

Read alsoCrimean Tatars sacked from jobs for refusing to vote in "election" – lawyerAll mosque-goers have been questioned and photographed.

"About 20 people with automatic rifles surrounded the mosque, not allowing the Muslims to leave the premises until they are interrogated," Crimean Solidarity wrote.

As reported, there was also a representative of the prosecutor's office with the FSB officers.

"Such total control disturbing members of the Muslim community, evoking their wrath in Crimea," the NGO added.

After the Russian annexation of the Crimea peninsula, the searches in the homes of the Crimean Tatars and in mosques became frequent, according to Mejlis and human rights activists.

If you see a spelling error on our site, select it and press Ctrl+Enter
Tags:News of UkraineRussiaCrimeaFSBmosqueraids