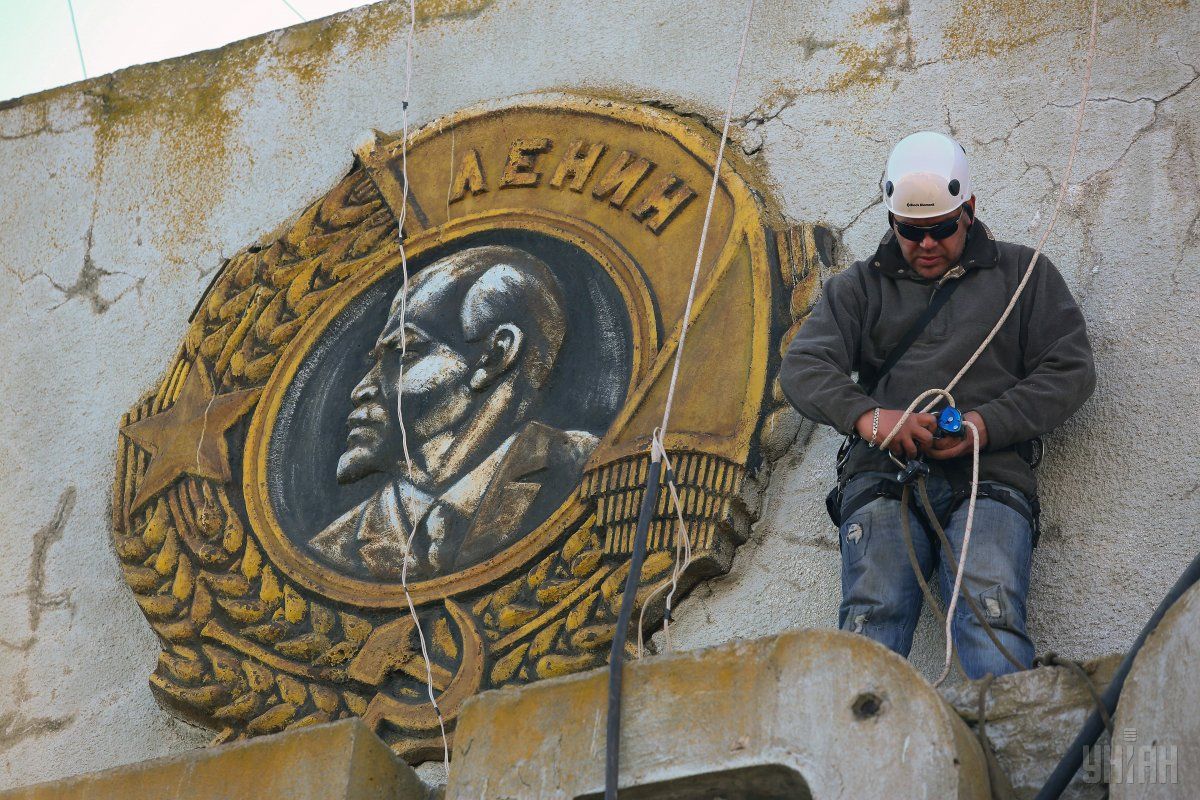 Lenin was a Russian communist revolutionary / Photo from UNIAN

Ukrainian President Petro Poroshenko has announced that 52,000 streets and squares in Ukraine have been renamed under the de-communization law.

"Under the Law of Ukraine on condemnation of the communist and national-socialist totalitarian regimes, 52,000 squares and streets, about a thousand populated localities have been renamed. Almost one and a half thousand monuments to [Vladimir] Lenin have been toppled," he said.

Read alsoPoroshenko: Ukraine to pull out of CIS-related treaties if it sees mismatch with international interests

As UNIAN reported, the law on condemnation of the communist and national-socialist (Nazi) totalitarian regimes in Ukraine and the prohibition of propaganda of their symbols came into force on May 21, 2015.

The Communist Party was also outlawed in Ukraine.

Lenin was a Russian communist revolutionary, politician and political theorist. He headed the government of Soviet Russia from 1917 and of the Soviet Union from 1922 until he died in 1924.

If you see a spelling error on our site, select it and press Ctrl+Enter
Tags:News of UkrainePoroshenkodecommunization