Man suspected of plotting contract hit on Babchenko opens up about motive: Counterintelligence

German claims the "hitman" was selected by the Ukrainian counterintelligence service. 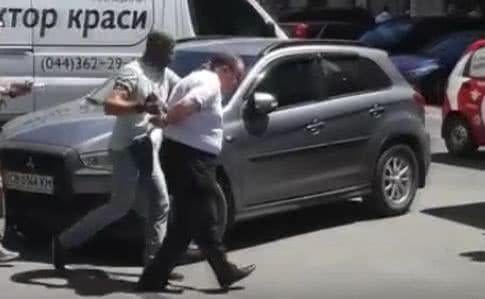 Boris German, who is suspected of plotting a contract hit on Russian journalist and Kremlin critic Arkady Babchenko in Kyiv has explained his involvement in the crime, claiming he was providing counterintelligence support as part of cooperation with the Ukrainian secret service and was following its instructions.

German testified that a "longtime acquaintance" of him from Moscow, who "is engaged in organizing unrest in Ukraine," had contacted him. German alleged that the Ukrainian counterintelligence agency had given him the authority to monitor cash flows coming from the Russian Federation to Ukraine and to find out which political parties, political figures and terrorist groups use the money.

German claimed that the "hitman" had been selected by the counterintelligence service, as they knew that a former participant in the Anti-Terrorist Operation in Donbas would not commit the crime and would report to the SBU Security Service of Ukraine.

The court ruled to arrest German for 60 days without bail on May 31.

Ukraine's law enforcement agencies on May 29 prevented the assassination of Babchenko in Kyiv, having staged his fake killing. The hit was ordered by Russia's special services, the SBU said.

If you see a spelling error on our site, select it and press Ctrl+Enter
Tags:News of UkrainecounterintelligenceBabchenko