Activists hold rally in Kyiv in support of Sentsov, other political prisoners 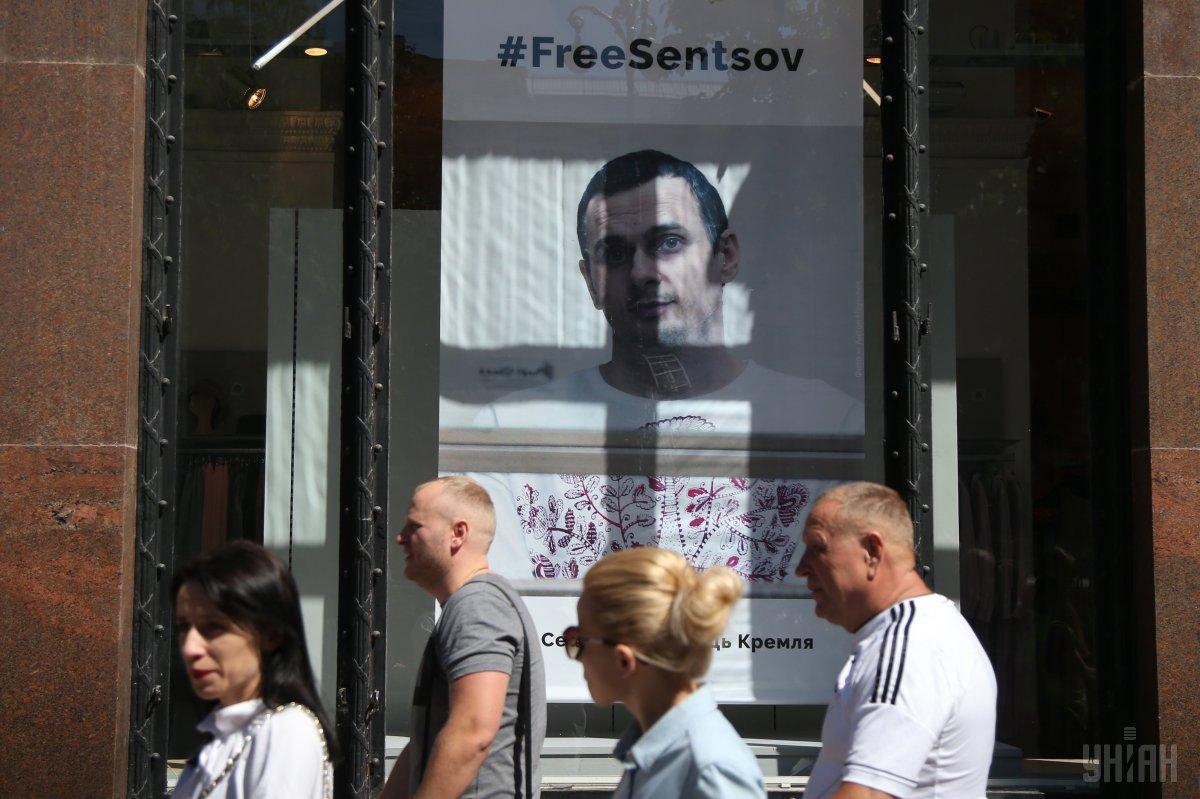 About 1,000 people have rallied at Maidan Nezalezhnosti (Independence Square) in Kyiv in support of Ukrainian filmmaker Oleh Sentsov, who is serving a 20-year prison term in Russia on trumped up "terrorism" charges, as well as other Ukrainian political prisoners held in Russia.

They also keep in hands drawings, showing Sentsov behind bars.

As UNIAN reported earlier, activists announced a global campaign to demand the release of Ukrainian filmmaker Oleh Sentsov, who opposed Moscow's 2014 annexation of Crimea, and went on hunger strike in a Russian prison.

Russia's security forces detained Sentsov together with Oleksandr Kolchenko in the occupied Crimea in May 2014 on charges of organizing terrorist attacks on the peninsula.

If you see a spelling error on our site, select it and press Ctrl+Enter
Tags:News of UkraineRussiaKremlinSentsovrallyhostagespoliticalprisonerscampaign