Shakhtar goalkeeper Andriy Pyatov's mistake was decisive in the match. 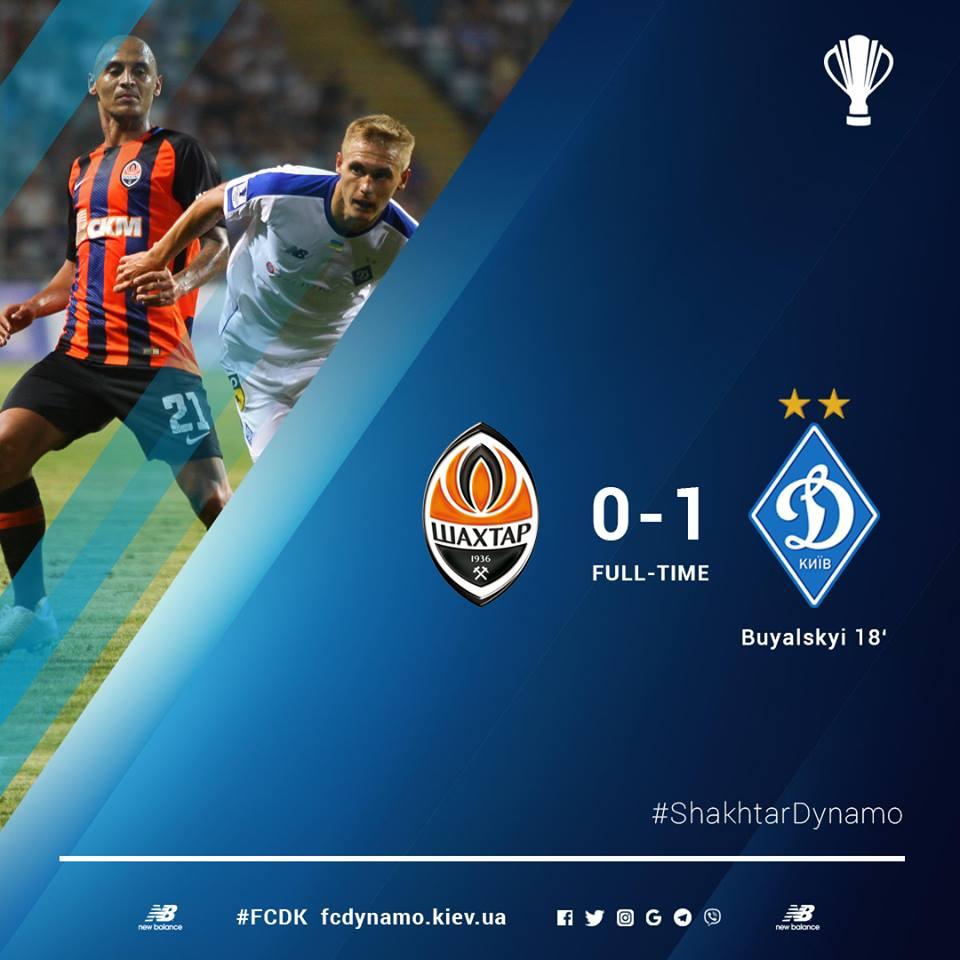 A football match between Dynamo Kyiv and Shakhtar Donetsk for the 2018 Ukrainian Super Cup, which was hosted by Odesa on July 21, ended with a 1-0 win of the team from Kyiv, who became the owner of the trophy.

A number of opportunities missed by Shakhtar's players during first minutes let Dynamo be in the lead in the first half. The white-and-blue team took advantage of a mistake committed by Shakhtar goalkeeper Andriy Pyatov and the winning goal was scored by Vitaliy Buyalskyi: 1-0.

Shakhtar, who played in an unusual composition, succeeded in grabbing the ball more often, but then failing to score in due moments.

The fight ended in a clash between the players of the two teams, as a result, one player from Dynamo and Shakhtar each – Nikita Burda and Ismaily Gonçalves dos Santos – were removed for unsporting conduct.

It was Dynamo's seventh Super Cup win, the while Shakhtar hold eight titles in this tournament.