Some 25,000 Ukrainian women are already serving under contract in the Armed Forces of Ukraine. 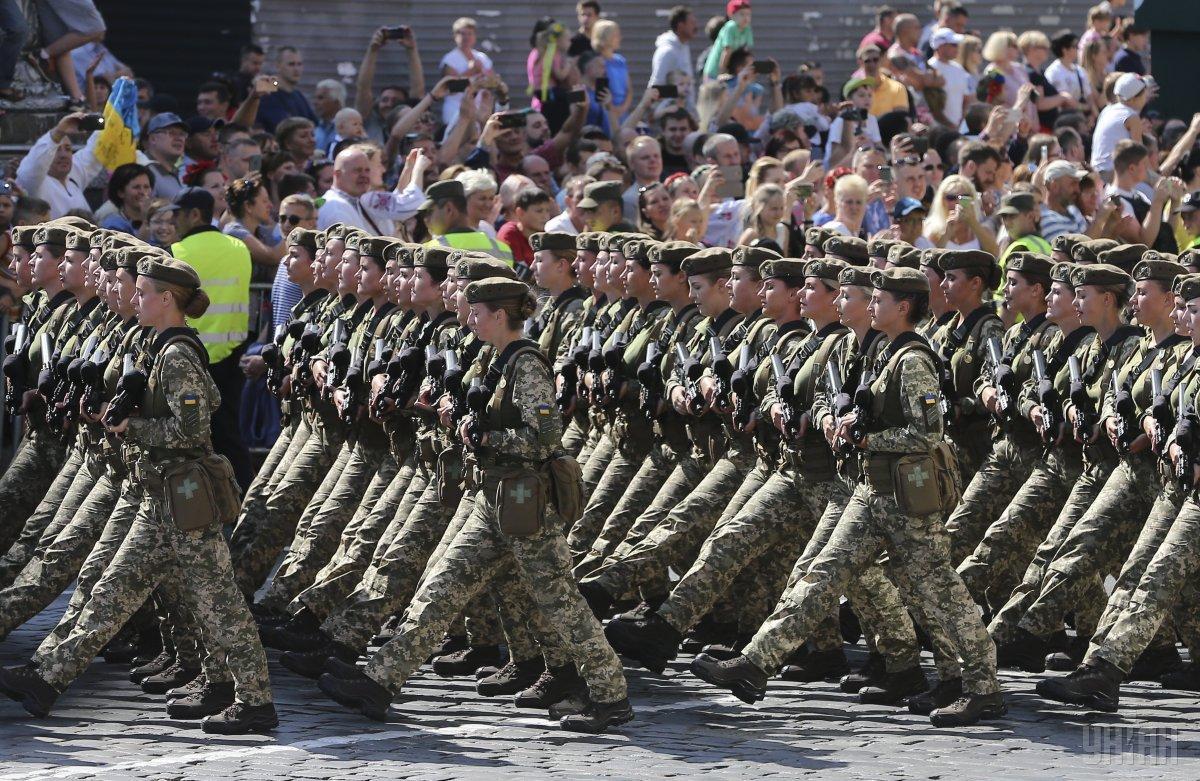 Ukraine's Representative in the humanitarian subgroup of the Tripartite Contact Group for the Donbas settlement, First Deputy Chair of the Verkhovna Rada Iryna Gerashchenko says 25,000 women are serving under contract in the Armed Forces of Ukraine, of whom over 3,000 are officers.

"A joint detachment of female troops marched along Khreshchatyk Street for the first time in Ukraine's history... Some 25,000 Ukrainian women are already serving under contract in the Armed Forces of Ukraine, of whom over 3,000 are officers. The country should know how many female lieutenant colonels and colonels we have, because they serve on a par with men. Khreshchatyk who applauded our Amazons so loudly and the spectators who wiped away tears when these young brave girls were marching by exactly wanted to know more about women in a joint detachment," Gerashchenko wrote on Facebook.

As UNIAN reported earlier, female soldiers of the Military Institute of Taras Shevchenko Kyiv National University and the Military Telecommunications and Information Institute named after the Heroes of Kruty took part in the parade this year.

If you see a spelling error on our site, select it and press Ctrl+Enter
Tags:News of UkraineUkraineGerashchenkoparadeofficerUkraineArmywomen