The two Ukrainian vessels are now in front of the Kerch Strait Bridge from the Taman peninsula to Russian-occupied Crimea, according to journalists. 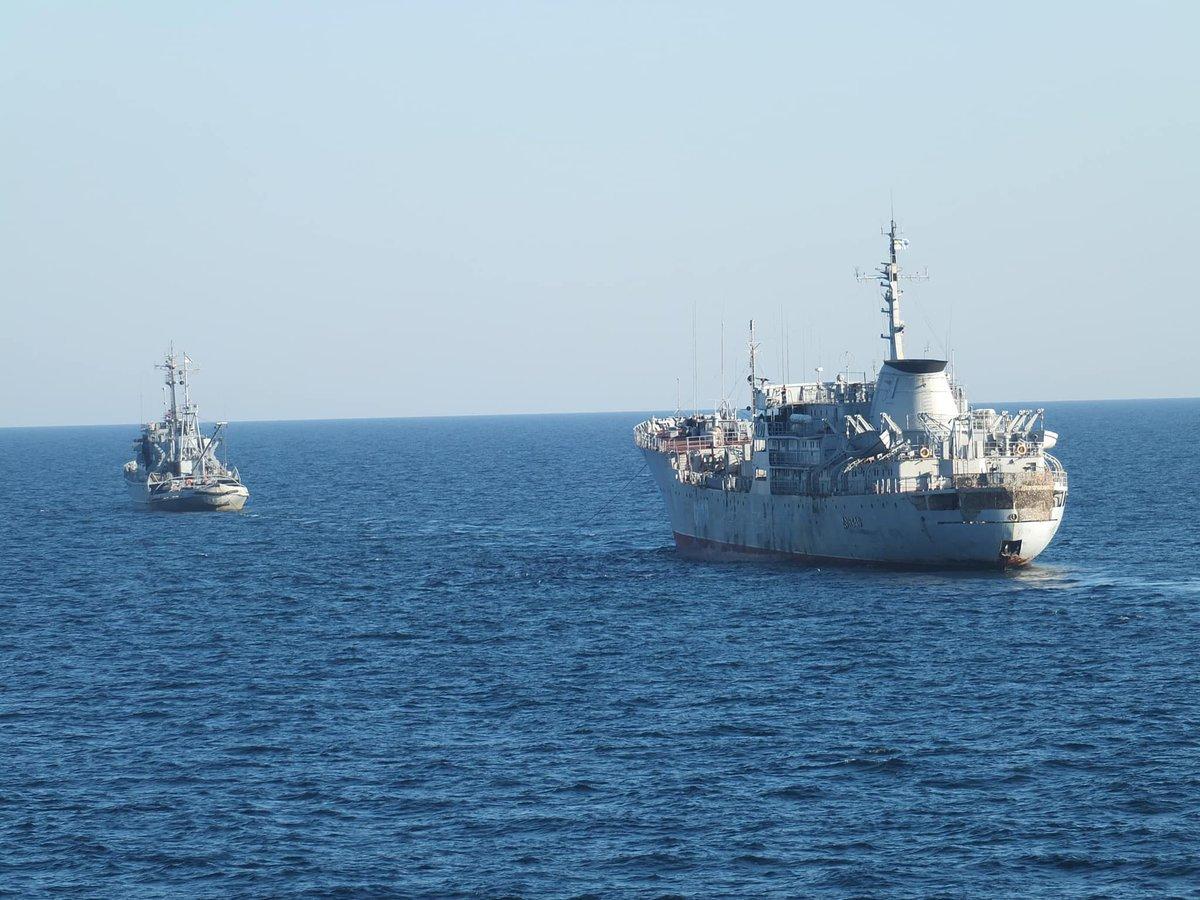 Photo from the Ukrainian Military Portal

The search and rescue ship A500 Donbas and the seagoing tug A830 Korets departed from Odesa to Berdyansk on September 20, to set up a new naval base of the Ukrainian fleet in the Sea of Azov.

The patrol ship Ametist (project 22460) of the Coast Guard of Russia's FSB (Federal Security Service) has been accompanying the Ukrainian vessels from the passage near the occupied city of Sevastopol in Crimea. Subsequently, it was joined by another unidentified ship, the Ukrainian Military Portal wrote on September 23.

The Ukrainian vessels are expected to pass from the Black Sea to the Sea of Azov through the Russian-controlled Kerch Strait.

The Donbas vessel is planned to be used for strengthening Ukraine's fleet infrastructure in the Sea of Azov, namely establishment of the headquarters and arrangement of servicemen's residence, warehouses and other necessary premises, which are not available in the region now.

The two Ukrainian vessels are now in front of the Kerch Strait Bridge from the Taman peninsula to Russian-occupied Crimea, according to journalists.

The FSB border department of the Russian Federation earlier said that their ships were accompanying two ships of the Ukrainian Naval Forces near the coast of the occupied Crimea.

The invaders explained their actions by the fact that the two ships of the Ukrainian Navy allegedly entered "the exclusive economic zone of Russia."