A probable cause behind the attack is the fight against drug advertising. 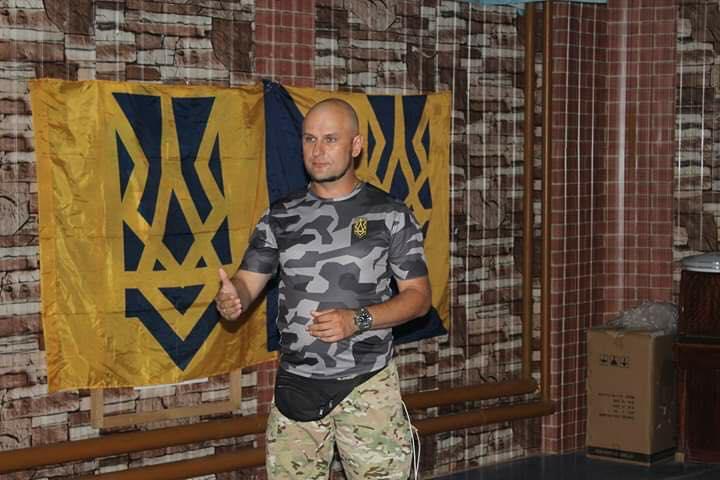 Yuriy Malimonov, who is a member of the National Squad / Photo from facebook.com/sseredagrad

Ukrainian activist Yuriy Malimonov, who is a member of the National Squad (Druzhiny) organization, has survived an attack by unknown persons in the town of Pavlohrad, Ukraine's Dnipropetrovsk region.

"Our National Squad activist, Yuri Malimonov, has been smashed in the head. We are now at the surgery department. Yura [a common diminutive of 'Yuriy'] was attacked from behind, sprayed with tear gas and smashed in the head with brass knuckles; his jaw is broken," chief of the Pavlohrad branch of the National Squad Party Denys Sereda wrote on Facebook on Monday, October 29.

Sereda says a probable cause behind the attack is the fight against drug advertising.

No other details of the incident are known.

Ukraine has recently been seeing a number of notorious attacks on Ukrainian activists in the regions. One of them is an acid attack on Kherson activist and official of Kherson City Council Kateryna Handziuk on July 31.

As UNIAN reported earlier, Kherson activist, adviser to the Mayor of Kherson and acting manager of affairs at Kherson City Council's executive committee Kateryna Handziuk on July 31 survived an act of acid throwing. Handziuk's injury was 40% of the total body surface area, and doctors assessed her condition as serious. The police qualified the attack on Handziuk as an assassination attempt committed with particular cruelty. Documents of the Handziuk case mention that the attack was ordered by members of law enforcement and government agencies – a relevant fragment of a document was posted by Ukrainian Chief Prosecutor Yuriy Lutsenko on Facebook.

If you see a spelling error on our site, select it and press Ctrl+Enter
Tags:News of Ukraineattackincidentactivist