Ukraine must be prepared for Russia's religious provocations – expert

Moscow might set up provocations against the background of the transition of temples of the Moscow Patriarchate into a new independent local church of Ukraine. 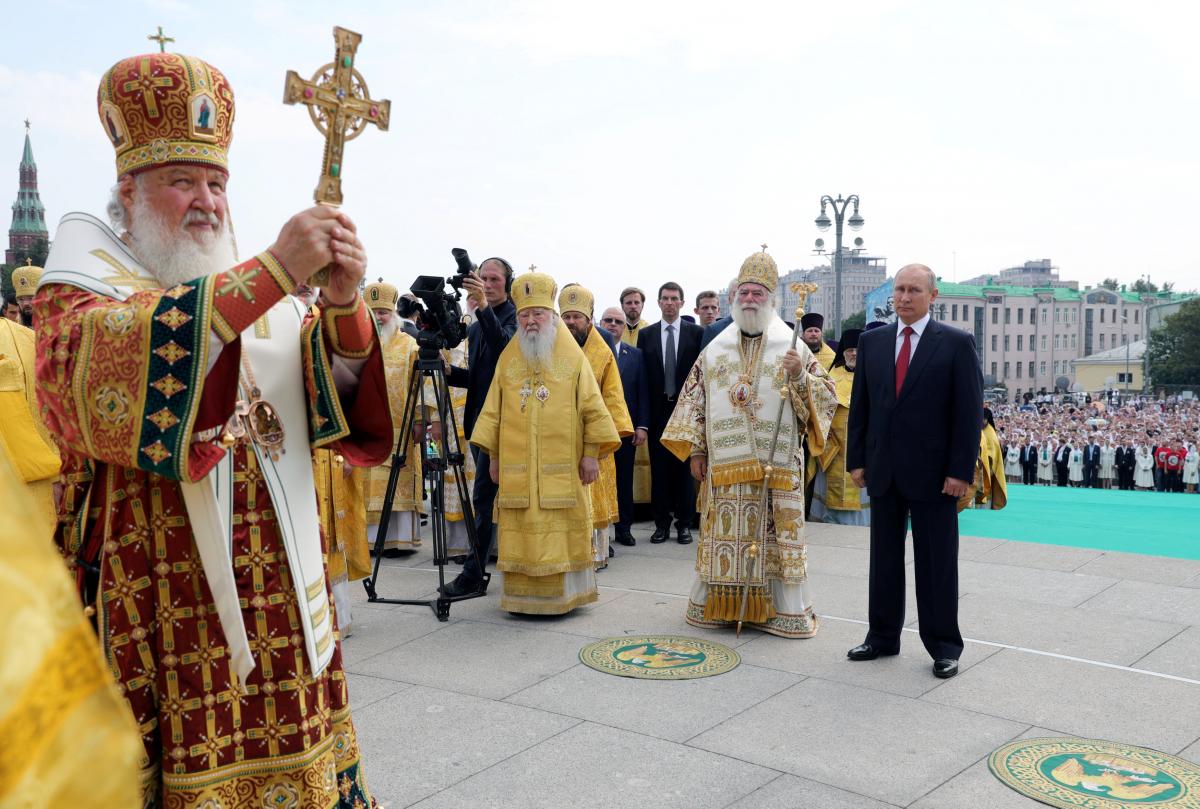 Coordinator of the Stop Terror project, Semen Kabakaev, says that Russia has already lost the war against Ukraine in terms of the religious aspect. However, it is still worth expecting new provocations in the field coming from the Russian Federation.

"There has been plenty of spins over this time. Russian 'trolls' and 'bots' are working, while Russia is conducting informational and psychological operations... Russia is trying to sow some sort of panic around the issue, exploiting its resources. We have seen a lot of information over the past six months: first there were claims that there would be no new church, then that the Moscow Patriarchate was considering whether to join the new church... At the same time, both Putin and his entourage, controlling church issues, they realize that they've lost. This is a huge strategic loss because Putin has two things on which he his entire policy of the 'Russian world' rested, including a nuclear briefcase as a method of speculation and church as an influence on people's minds and consciousness, as well as one of the main tools that helped supply weapons and special forces," he told Priamyi TV Channel.

The expert added that Russia might set up provocations against the background of the transition of the temples of the Moscow Patriarchate into a new independent local church.

"And [MP Vadym] Novinsky back then would frighten the people, claiming there would be bloodshed or whatever... So we must prepare for this [kind of provocations]. I am aware of the position of Interior Minister [Arsen] Avakov, i.e. they will react very tough to any provocations. I know the position of the Presidential Administration – it's clear, too: they assure that everything will be done without coercion and no one will be able to speculate on this. And if someone tries to heat things up or do provocations, they will be punished by law. After all, no one has the right to tell people where they must pray. Nobody will be forcing anyone. It be will be a conscious choice of communities and parishes," Kabakaev said.

At the same time, the expert warned it was necessary to prepare for new provocations coming from Russia.

If you see a spelling error on our site, select it and press Ctrl+Enter
Tags:News of UkraineRussiapropagandaprovocationsreligiondisinformationchurchinfowarsdiscordpsyops