Addressing the troops, Petro Poroshenko expressed gratitude for their "courage and stability, speed and resolute force." 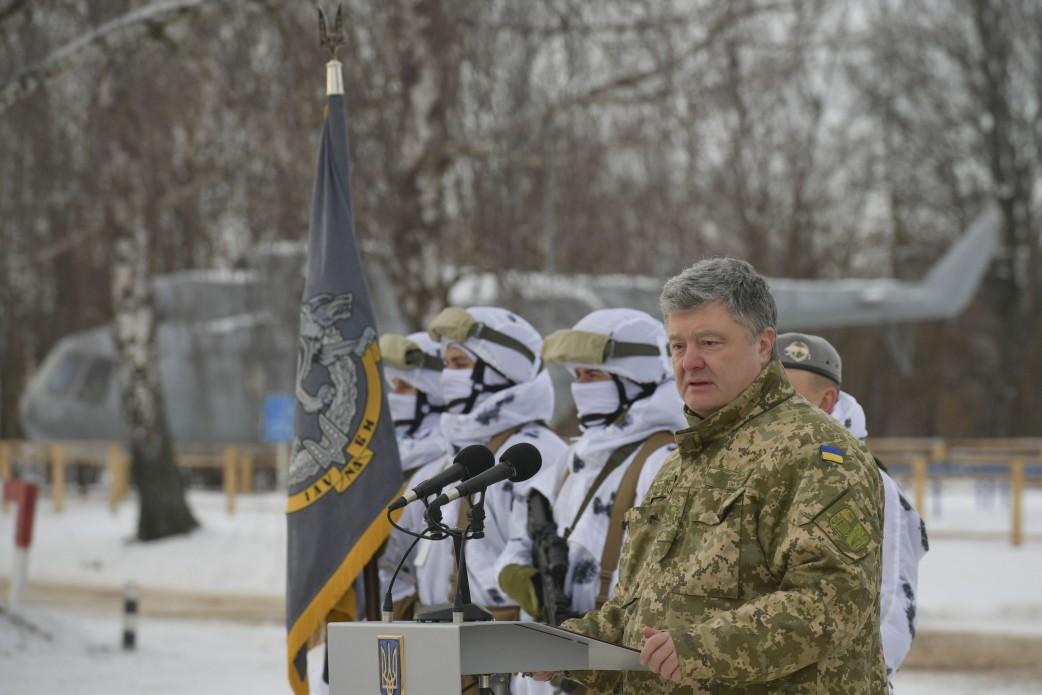 The Head of State noted the spec-op forces' high professionalism, heroism, and invincibility in combat, in the most dangerous and complex conditions, including in the enemy rear.

He noted that the units completed over 3,000 thousand combat missions, including 700 "special actions" that are "classified, for obvious reasons."

Addressing the troops, Petro Poroshenko expressed gratitude for their "courage and stability, speed and resolute force."

"On behalf of the Ukrainian people and myself, I express sincere gratitude to the entire staff of the Special Operations Forces of the Armed Forces of Ukraine for the loyalty to the military duty and oath," the head of state added.

As UNIAN reported earlier, Ukraine's Ground Forces will soon be getting a massive shipment of sniper rifles from Canada.

PGW Defence Technologies, based in Winnipeg, Manitoba, has been contracted to supply Ukrainian snipers with anti-materiel rifles in a deal valued at over USD $770,000, according to Military Times.

If you see a spelling error on our site, select it and press Ctrl+Enter
Tags:News of UkrainePoroshenkoUkraineArmy