The agency urged Mr Biletsky to disclose the specific data on which the allegations are grounded. 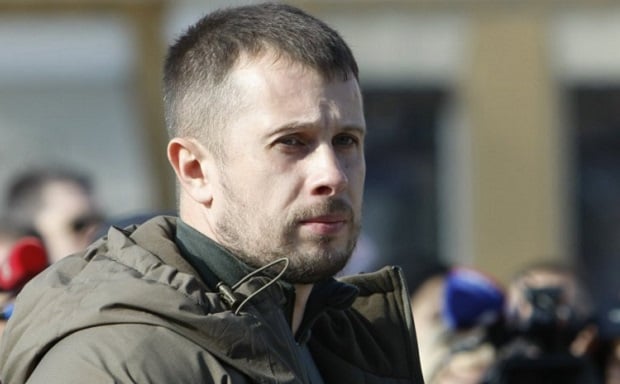 The Security Service of Ukraine (SBU) on Monday appealed to the State Bureau of Investigation to open the probe in connection with a recent statement by MP Andriy Biletsky, the leader of the National Corps Party, alleging that the assassination of his party leaders is being prepared.

"The Security Service of Ukraine was surprised to learn about the statement of National Corps Party leader Andriy Biletsky about the alleged preparation by the SBU of physical elimination of organization leader. It’s a shame that a Ukrainian MP and leader of the National Corps, Andriy Biletsky, allows himself to manipulate his persona," the SBU said in a statement delivered via Facebook.

"We look forward to seeing at least some specific data released on which these very serious accusations are founded, which, after their qualification, must be verified in the framework of criminal investigation with mandatory reporting of its outcome to the public," the SBU said.

"In connection with the above, the Service officially refers to the State Investigation Bureau of Ukraine to launch the relevant criminal case,” the statement reads.

As UNIAN reported earlier, police and far-right demonstrators clashed outside the presidential administration building in the Ukrainian capital and in at least one other city. The far-right activists gathered in Kyiv on March 9 to call for arrests of figures linked to an alleged military corruption scandal.

Police said 15 officers were injured in clashes in the city of Cherkasy, about 150 km southeast of Kyiv and the site of a campaign speech by Poroshenko for the March 31 presidential election.

Amid unrest, a criminal case was opened under Part 2 Art. 345 (threat or violence against a law enforcement officer) and Part 4 Art. 296 (hooliganism) of the Criminal Code.

On March 10, the police reported the arrest of two suspects in the organization of clashes during a rally in Cherkasy.

According to Kostyantyn Myroshnychenko, a member of the National Corps Party, the detainees are Dmytro Kukharchuk and Yevhen Svyrydov.