Ukraine develops cruise missiles with range of over 1,000 km – Poroshenko

Ukrainian military can now destroy any enemy ship within a radius of 300 kilometers. 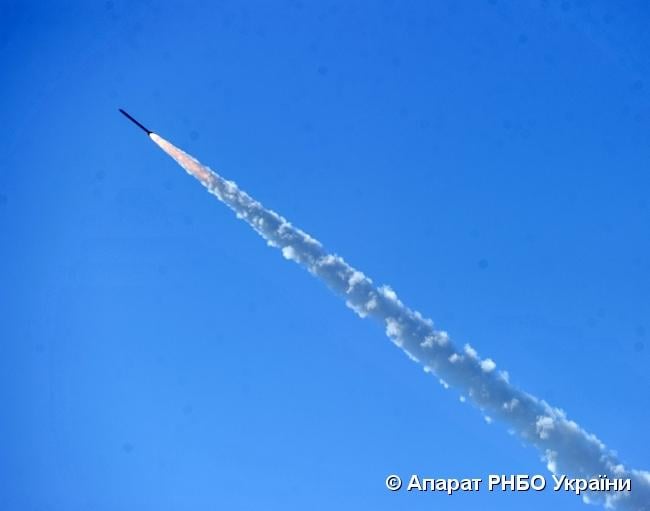 Ukrainian President Petro Poroshenko has announced that high-precision cruise missiles with a range of over 1,000 kilometers and capable of carrying a 150-kilogram combat load were developed in Ukraine.

"We've started the most important tests of cruise missiles... We have a missile, which have successfully passed tests, which is capable of shooting over 1,000 kilometers and carry a 150- kilogram combat load. This is a high-precision [weapon], which was created by Ukrainian specialists. The Armed Forces of Ukraine are now training how to use them," he told a Svoboda Slova [Freedom of Speech] panel show on Ukraine's ICTV channel on April 9.

"We can now destroy any ship within a radius of 300 kilometers that would dare to approach and attack us, and a small and middle class ship will not be able to resist this missile. This is a sharp increase in our defense capability," the president added.

Poroshenko noted Ukraine had previously "given up" cruise missiles that could carry nuclear warheads.

As UNIAN reported earlier, in early December 2018, the Ukrainian military successfully tested the domestic new ground-launched cruise missile Neptun ("Neptune"). Completion of the development and commencement of tests of the ground-based cruise missile complex to hit the coastal targets within the Neptun project is scheduled for 2019.

The national budget for 2019 provides for more than UAH 102 billion (US$3.8 billion) for the needs of the Ukrainian army.