Pereyaslav-Khmelnytsky, the victim's home town, was the hottest spot on Tuesday. 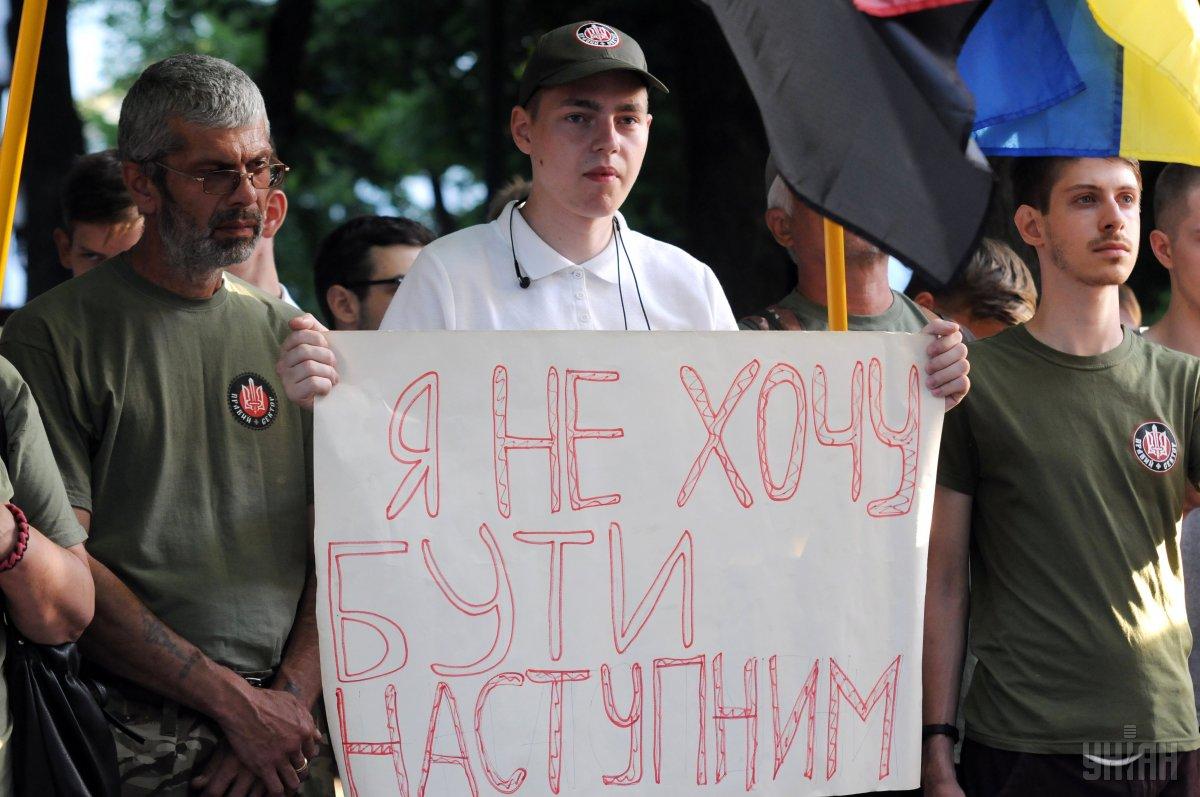 I don't want to become next / Photo from UNIAN

The "Impunity kills" protest action started in many Ukrainian cities at 19:00 on June 4 over the death of a five-year-old boy, Kyrylo Tliavov, who was shot dead, reportedly by two police officers, in Pereyaslav-Khmelnytsky, Kyiv region, last week.

Pereyaslav-Khmelnytsky was the hottest spot where nearly a hundred protesters rallied at the entrance to the regional police's HQ, lighting flares and smoke pellets, demanding resignation of senior police officers. Protesters spraypainted "Killers" on the wall of the police office. They also laid stuffed toys in front of police officers cordoning off the building.

As UNIAN reported earlier, the boy was delivered to the Pereyaslav-Khmelnytsky central regional hospital on May 31 with a closed craniocerebral injury, brain contusion, intracerebral hematoma, and a fracture of the temporal bone. After doctors discovered the boy had in fact sustained a gun wound, he was immediately transferred to a hospital in Kyiv. On June 3, the boy died.

The State Bureau of Investigation is probing involvement of two police officers, Ivan Prykhodko and Volodymyr Petrovets, who were allegedly firing at cans while being intoxicated in the area where a group of children were playing.

On June 4, the court ruled to remand the two in custody for 60 days without a bail option. The officers are facing life imprisonment. 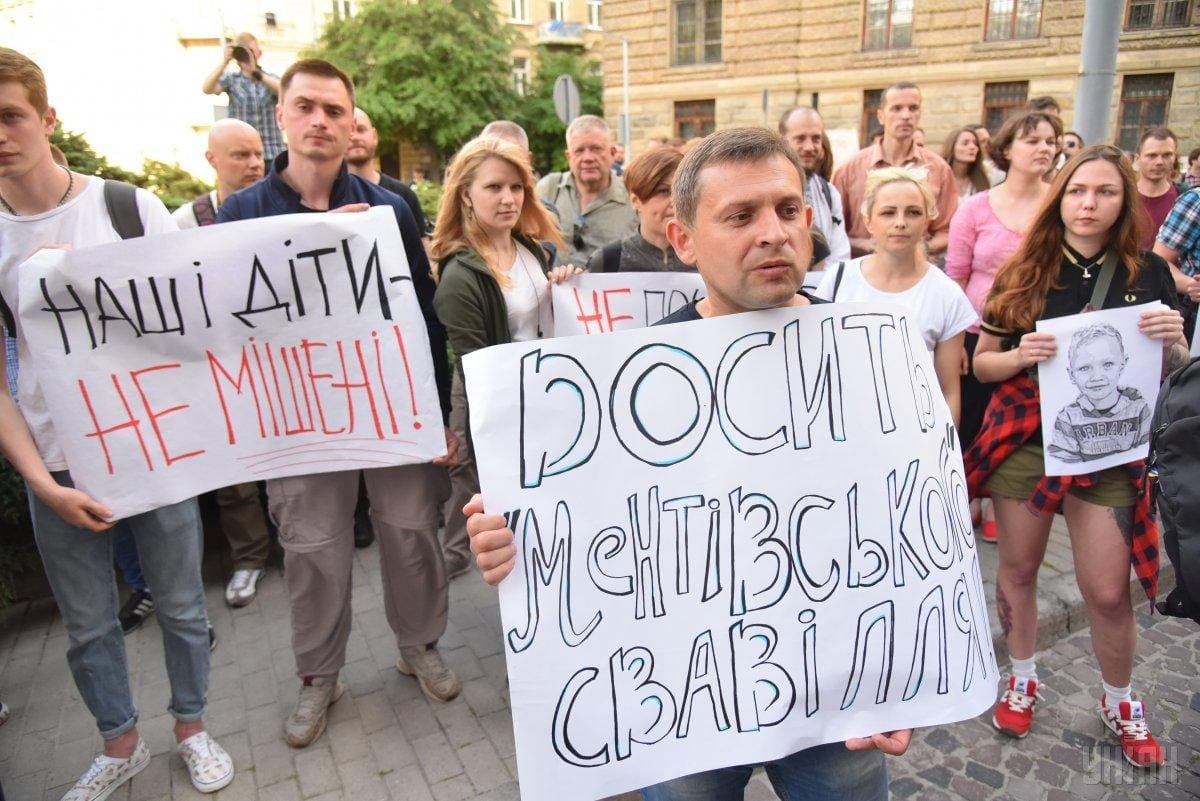 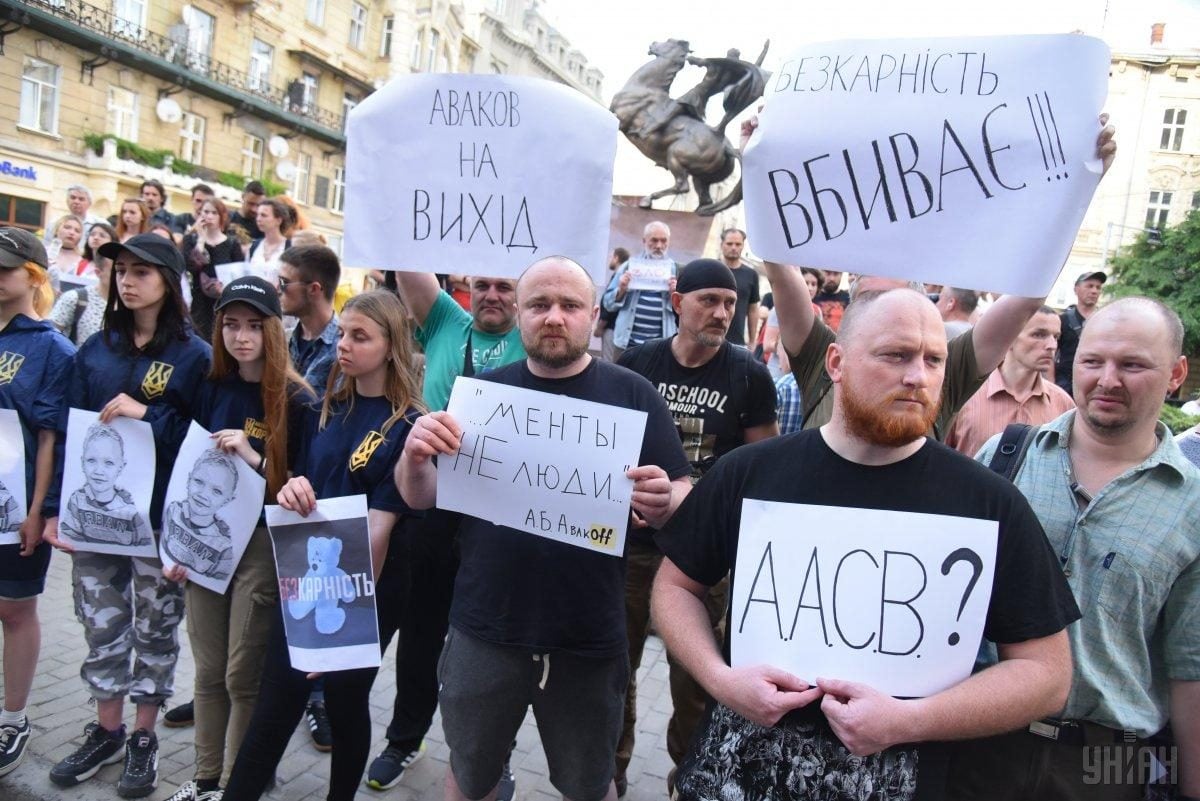 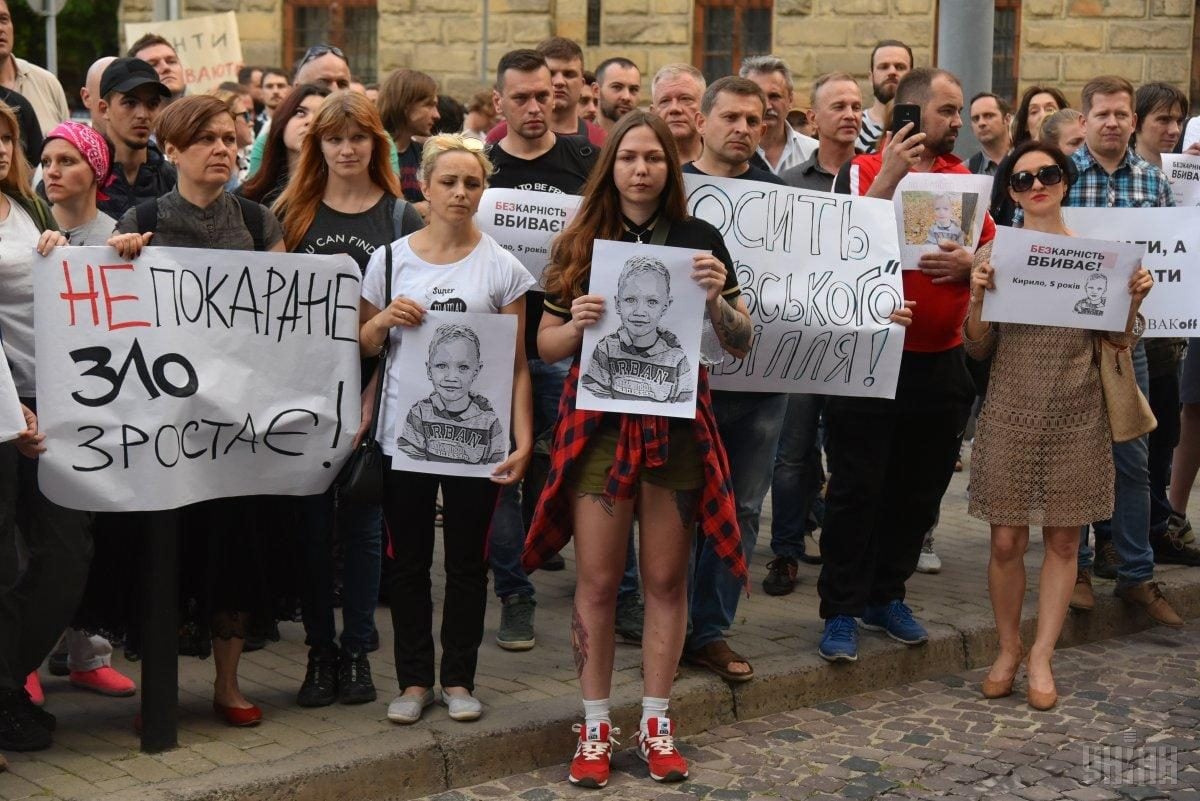 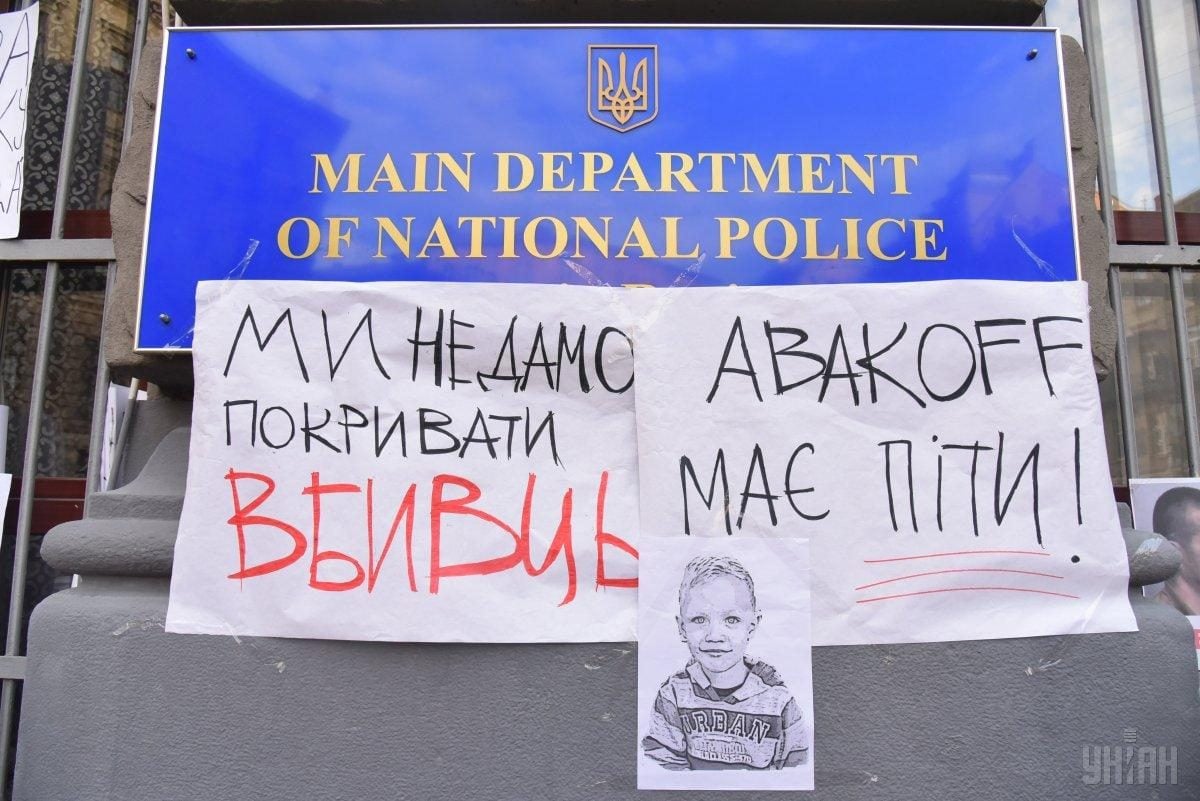 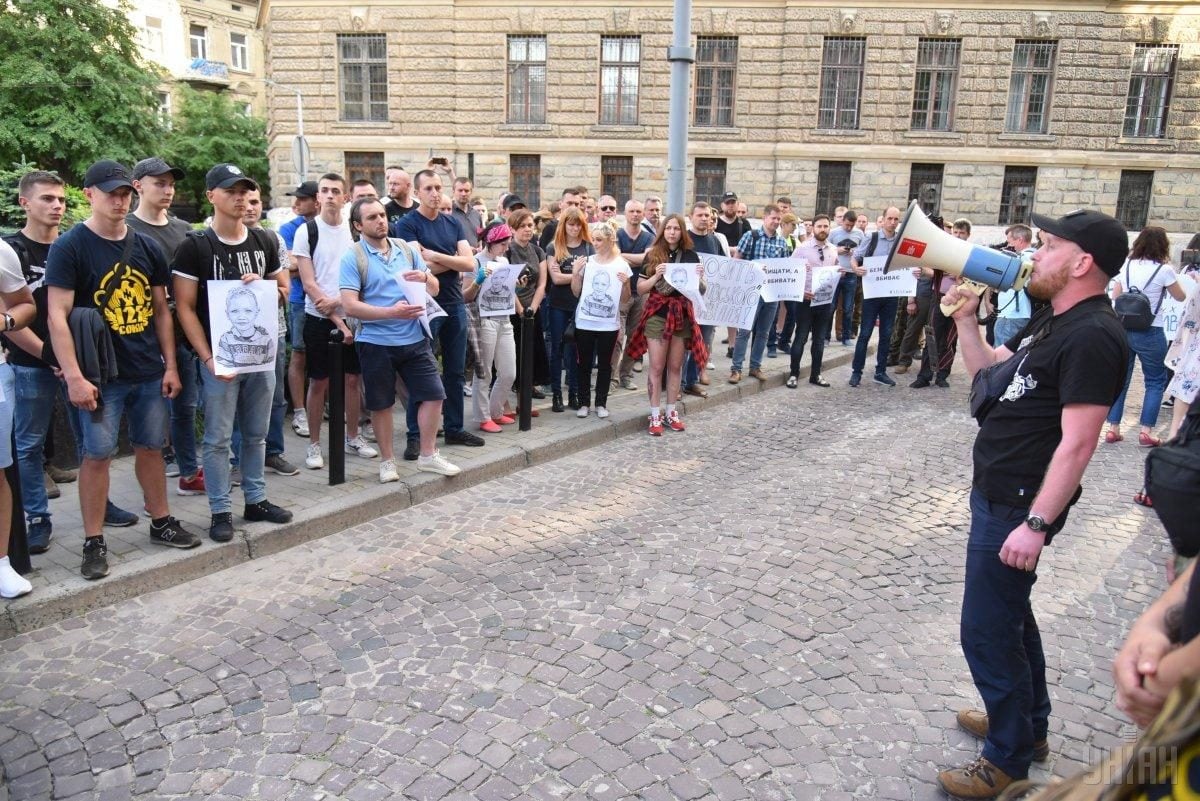 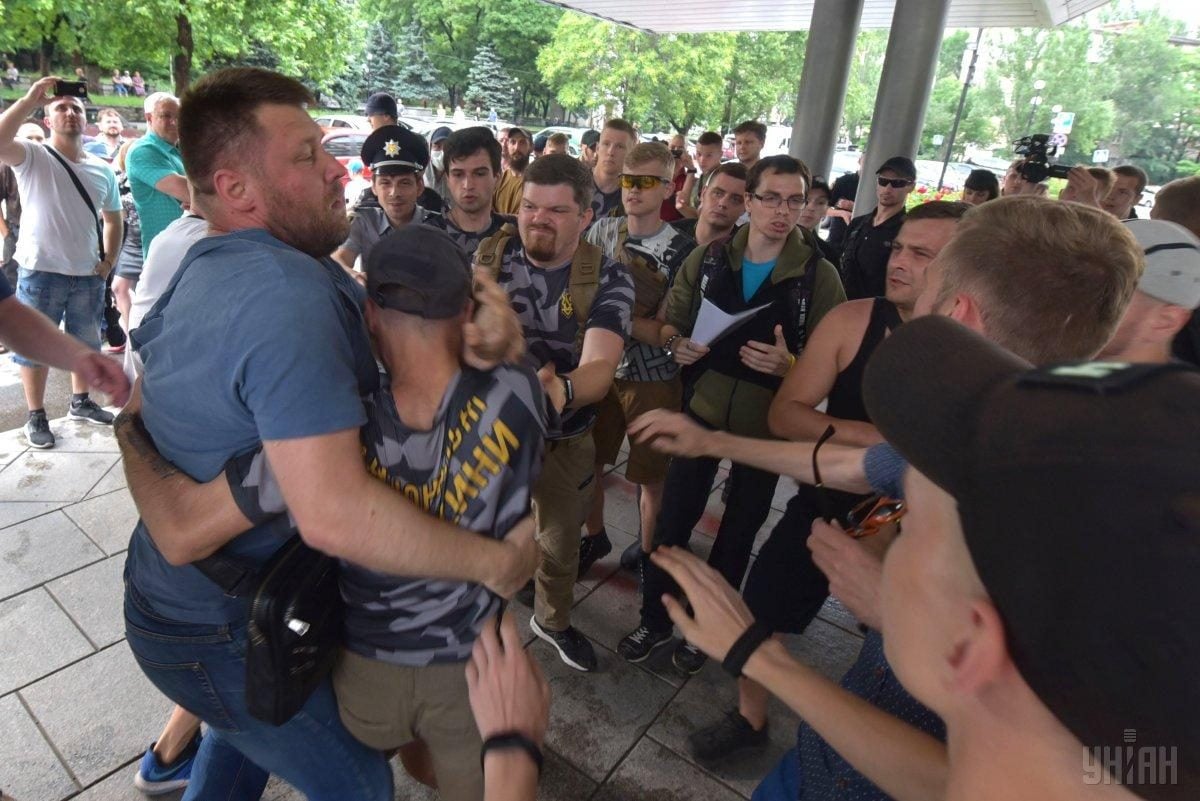 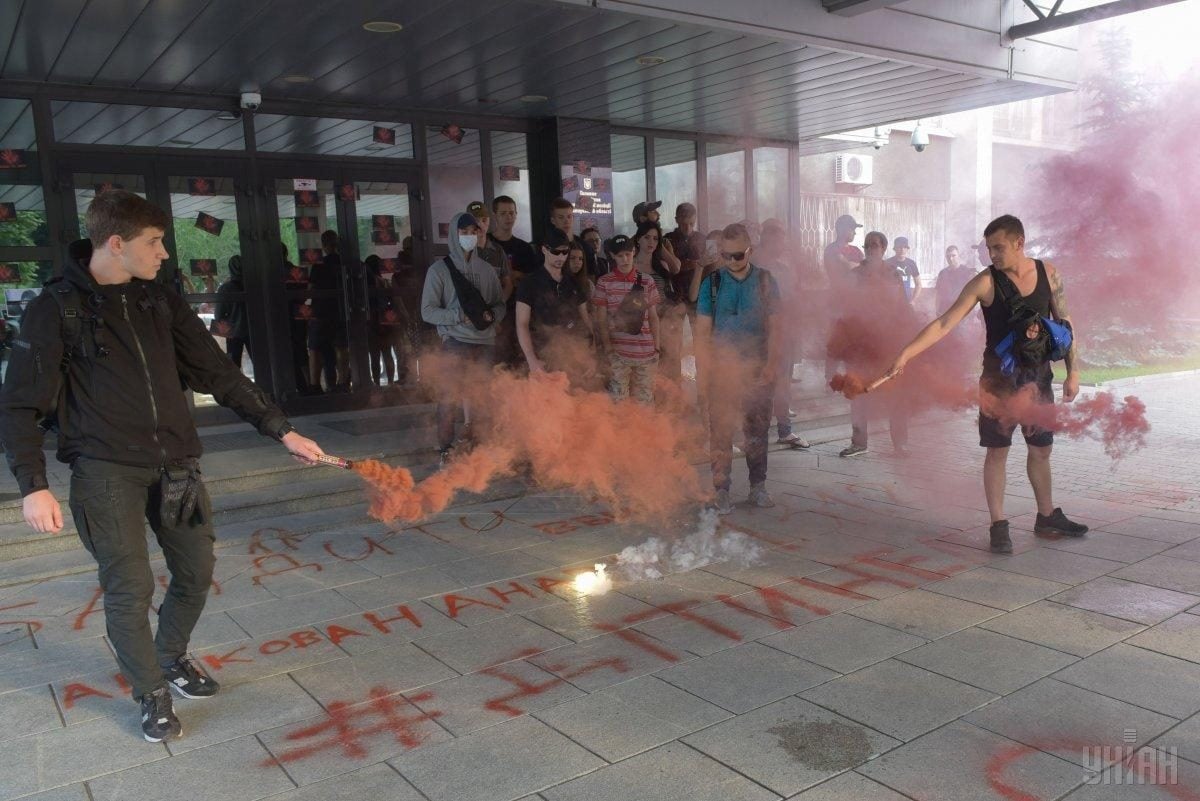 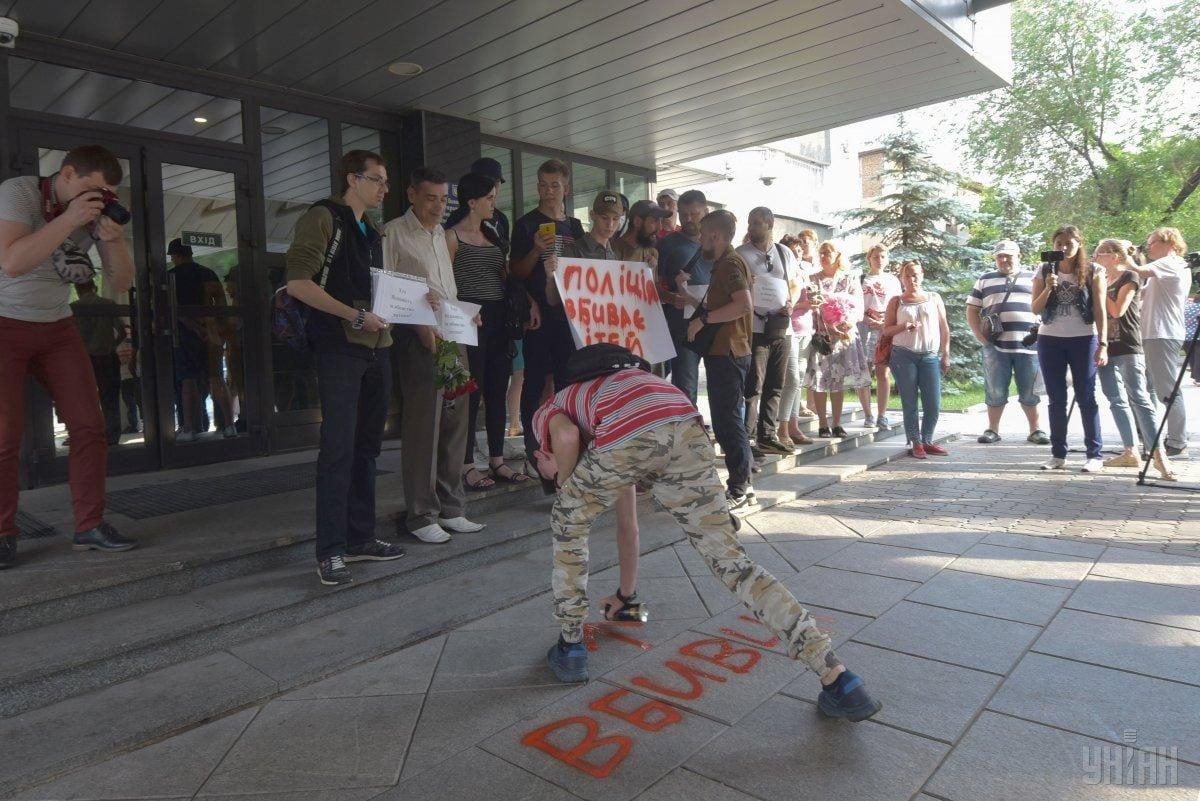 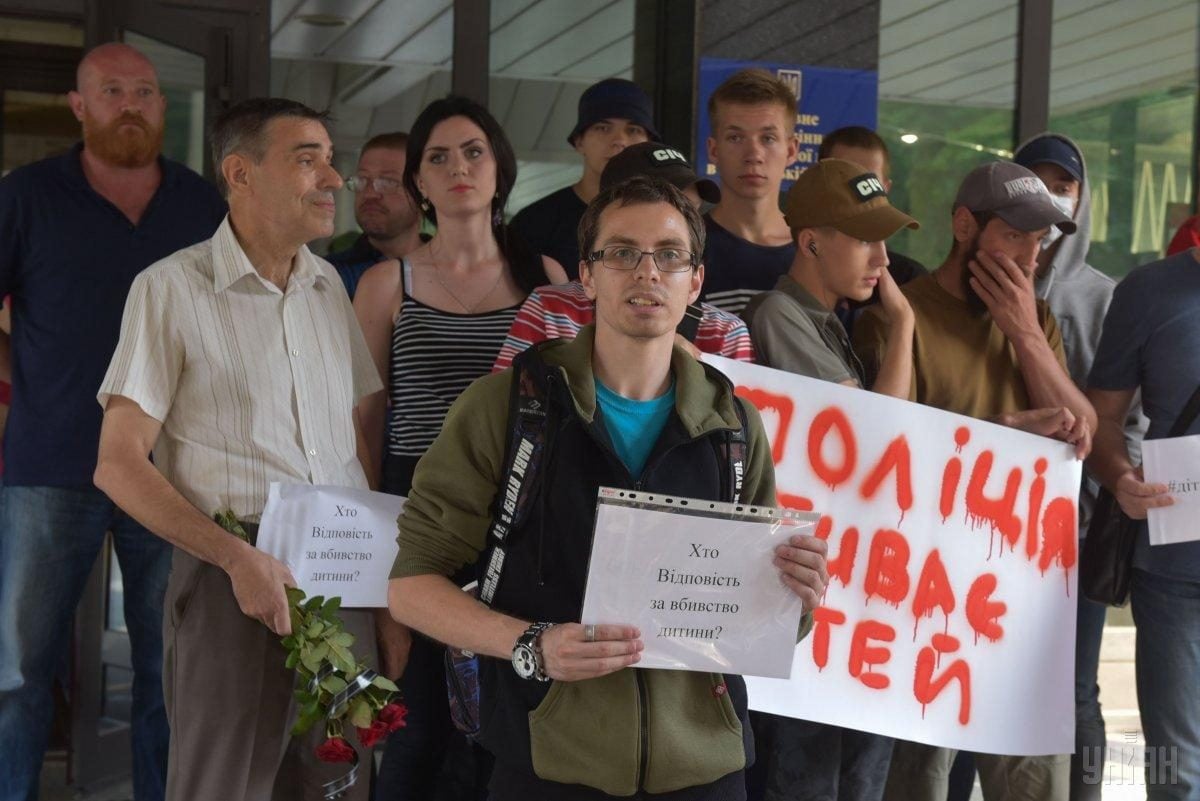 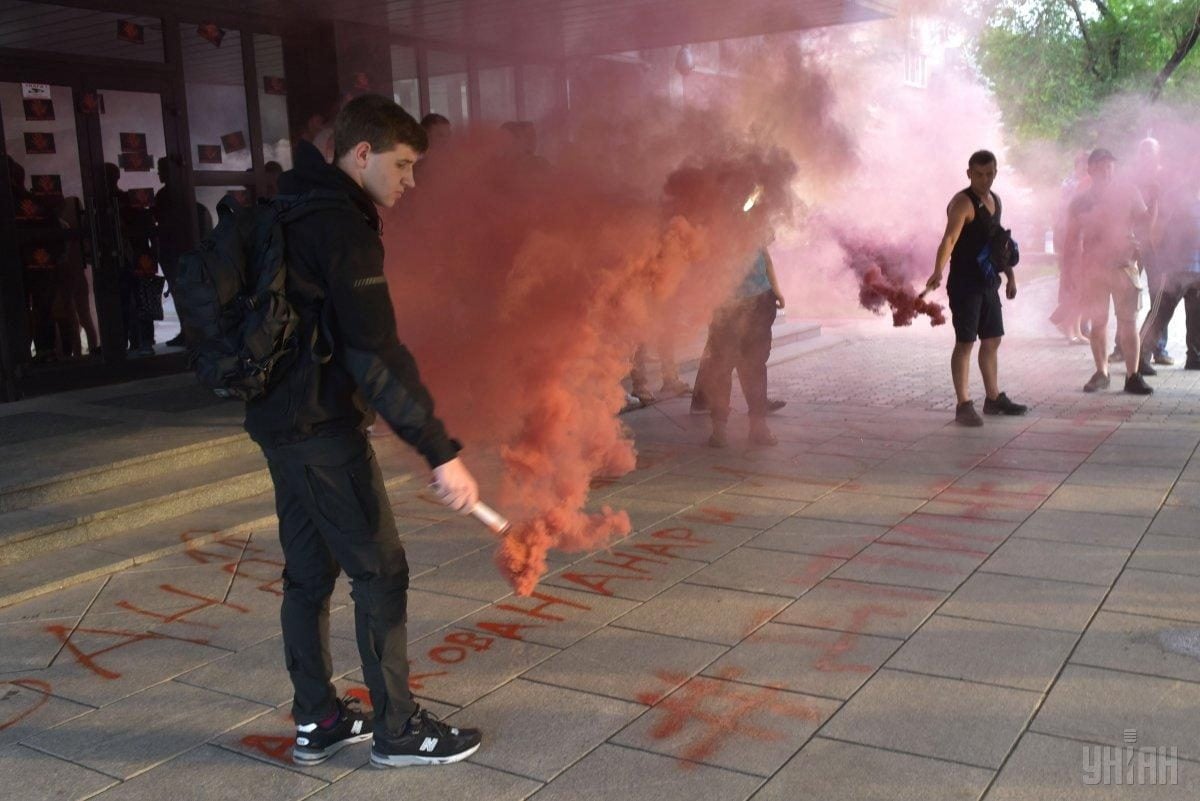 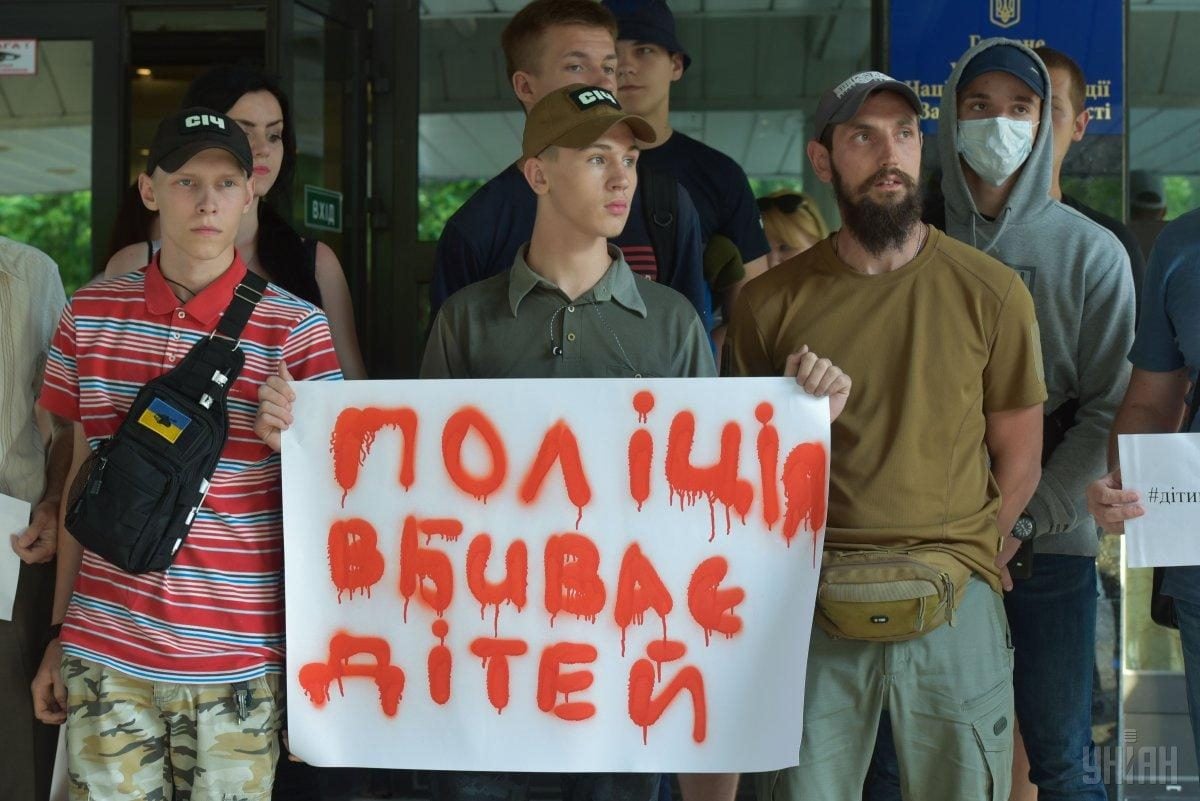 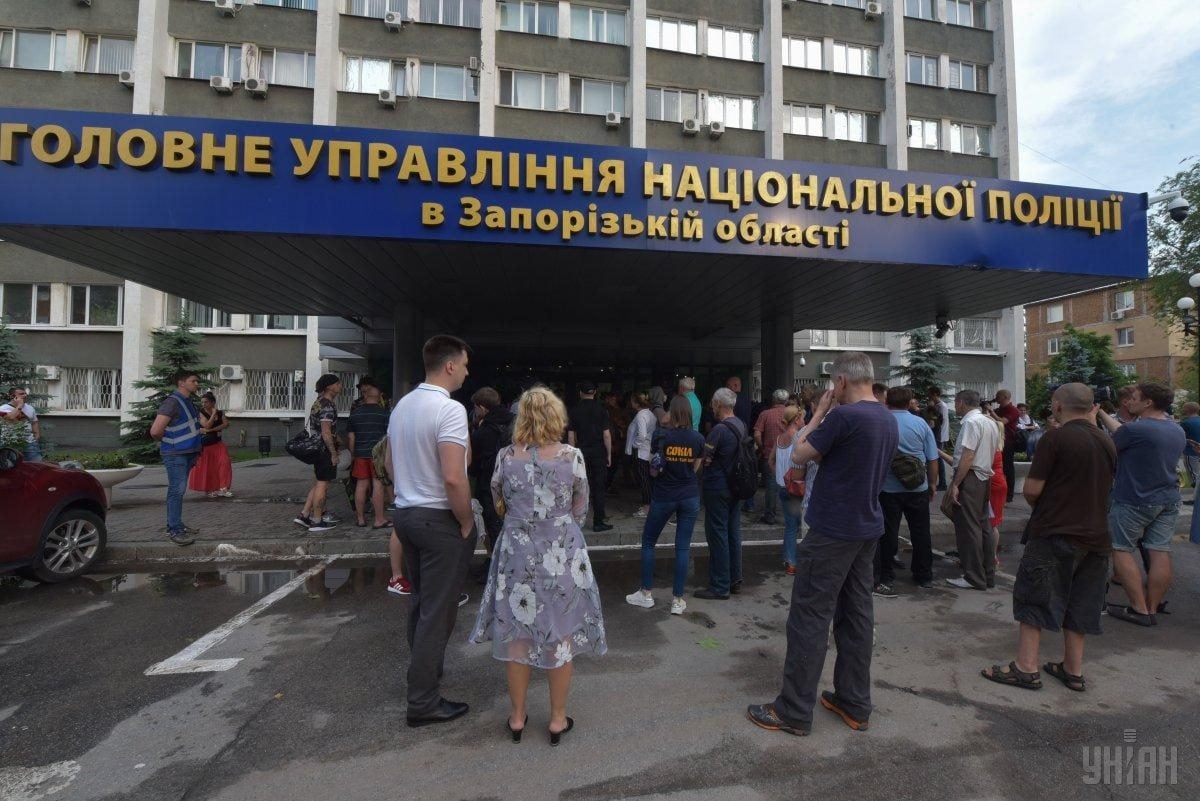 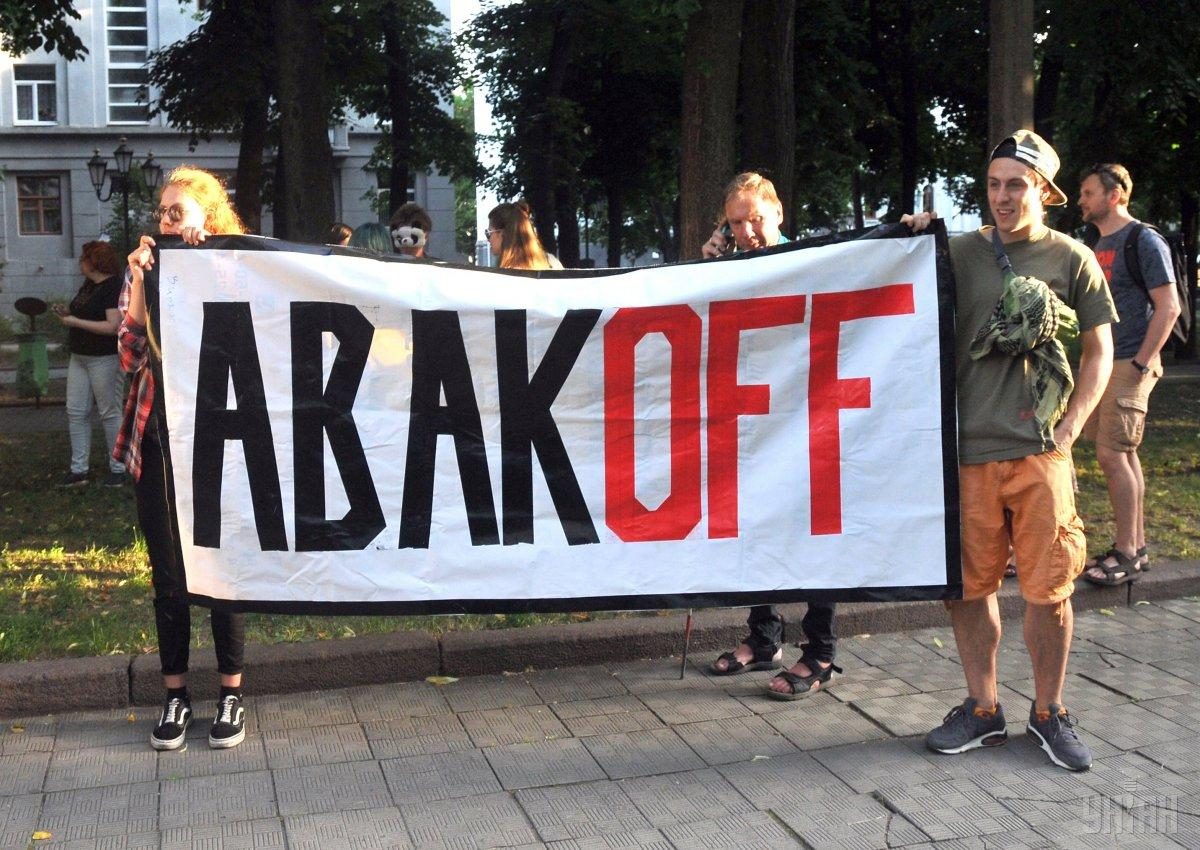 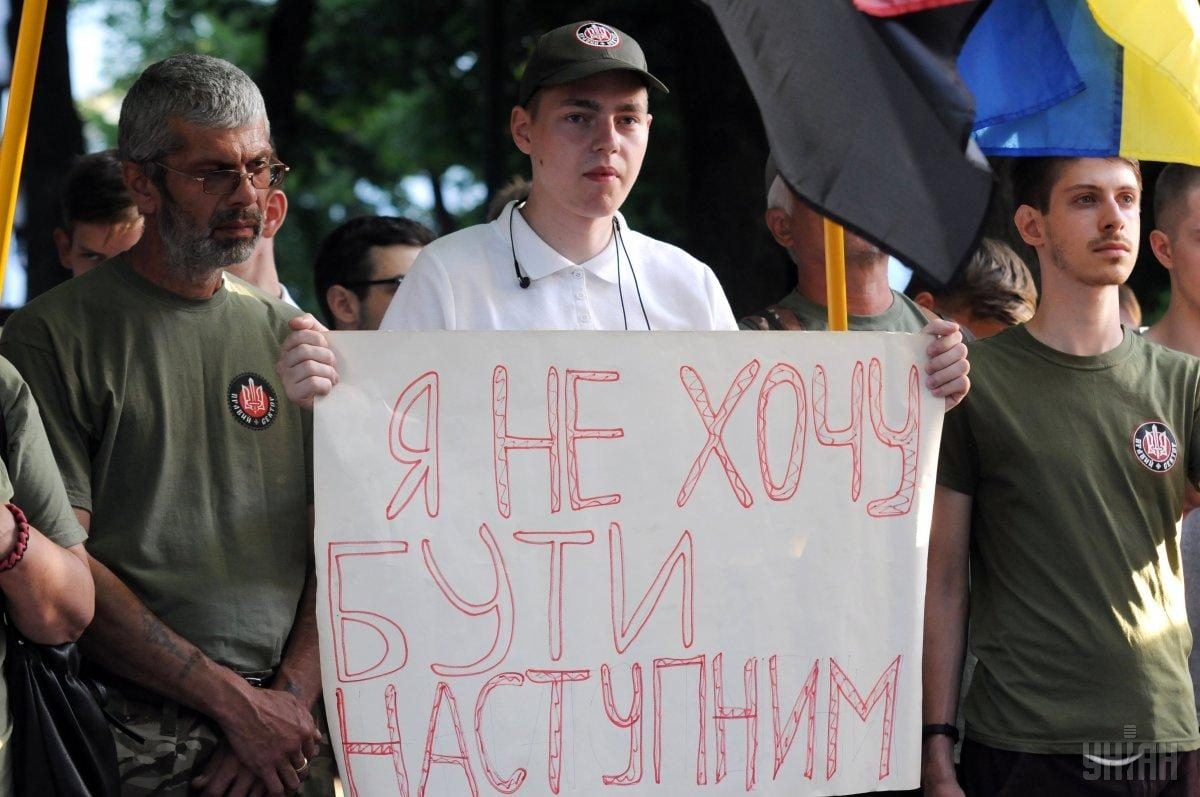 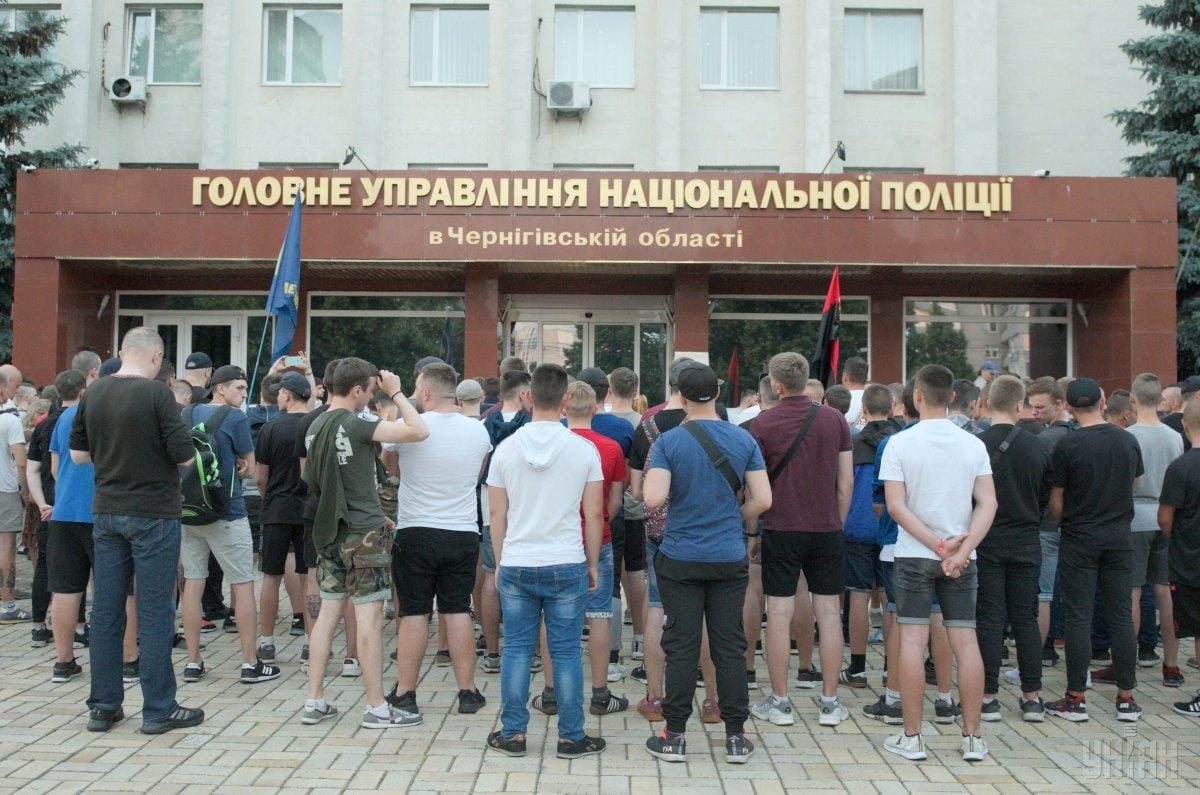 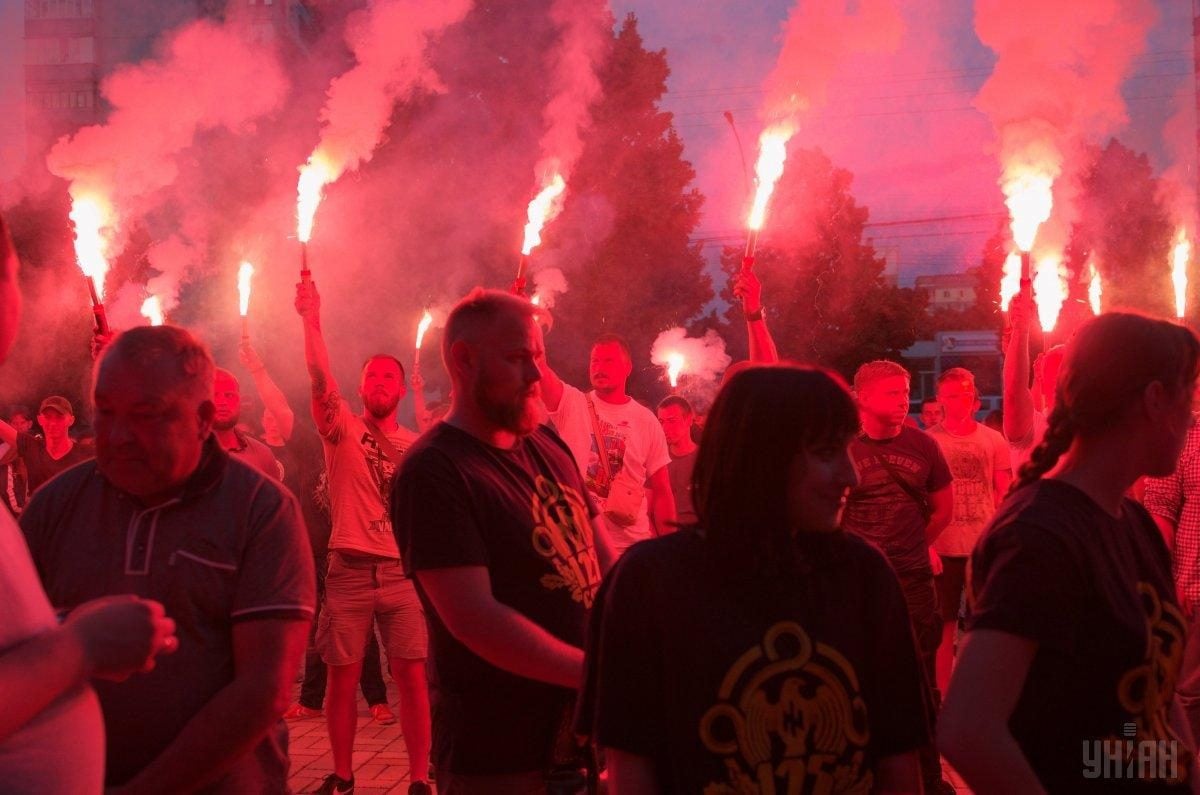 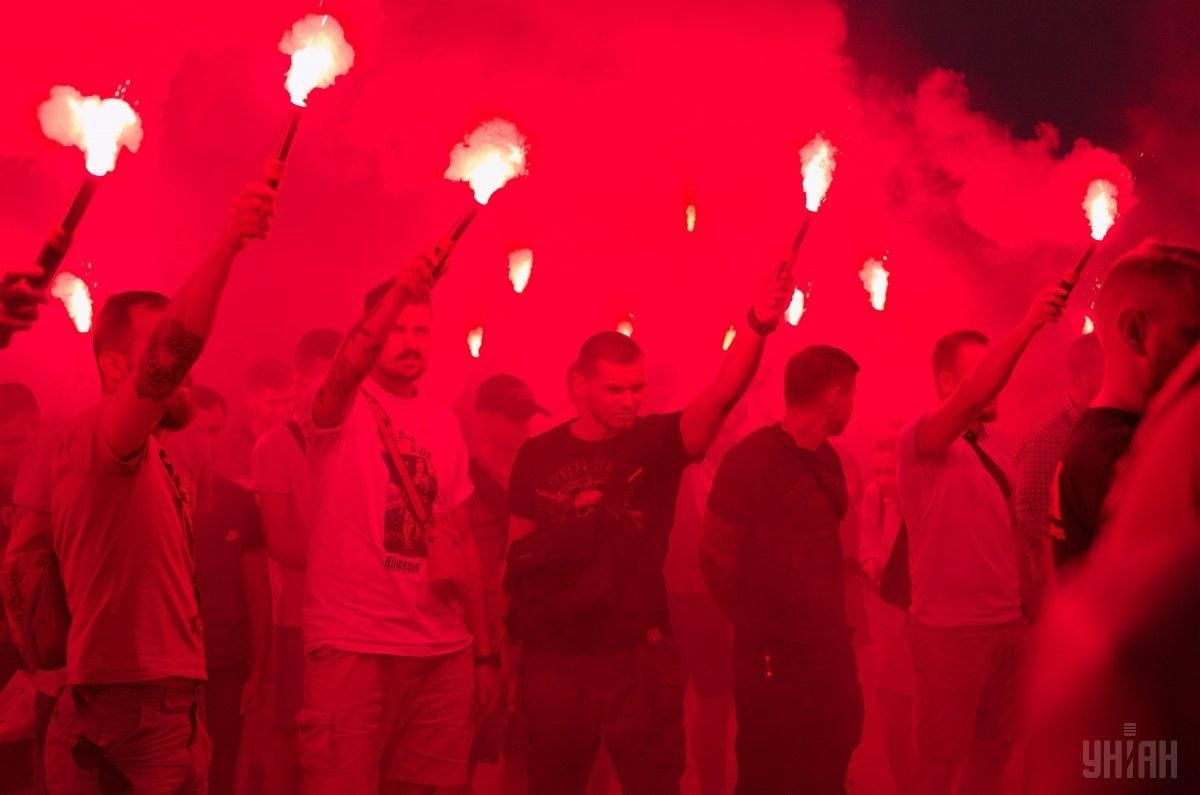 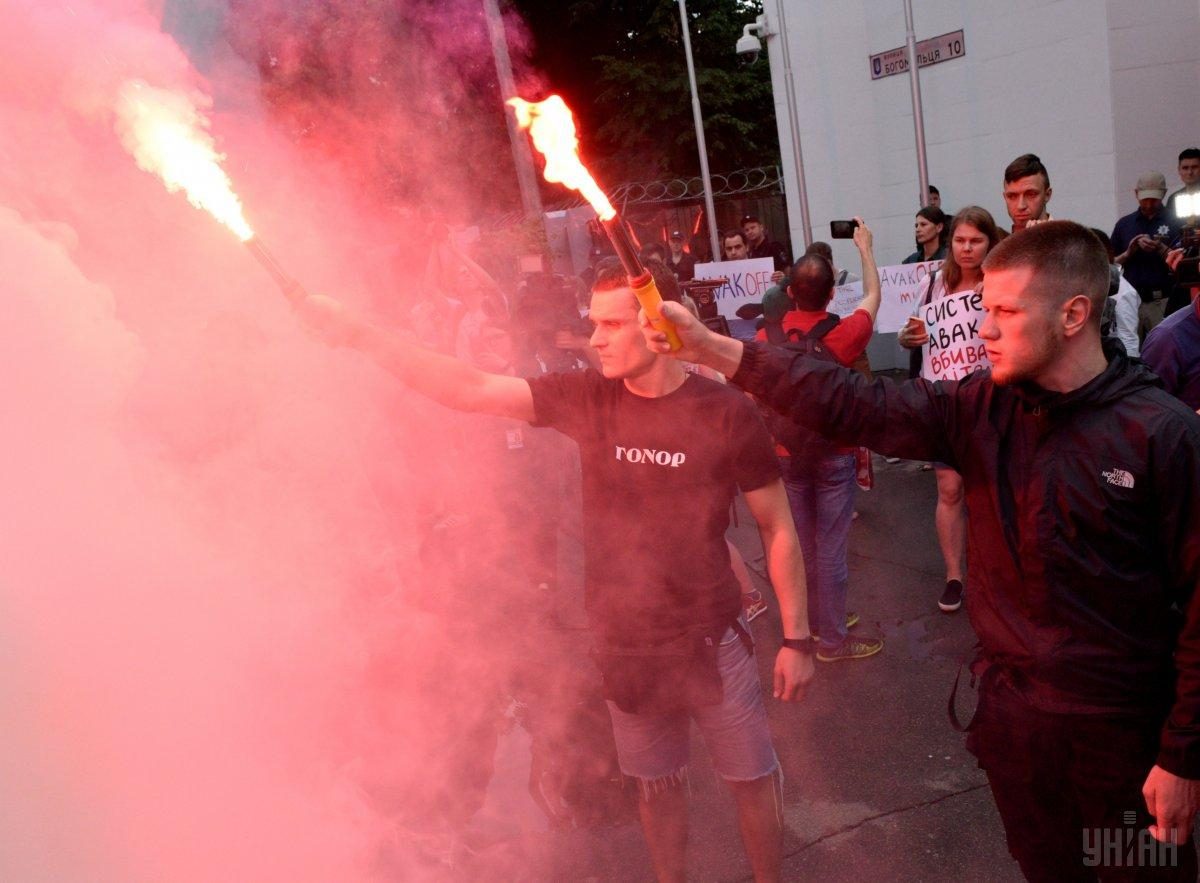 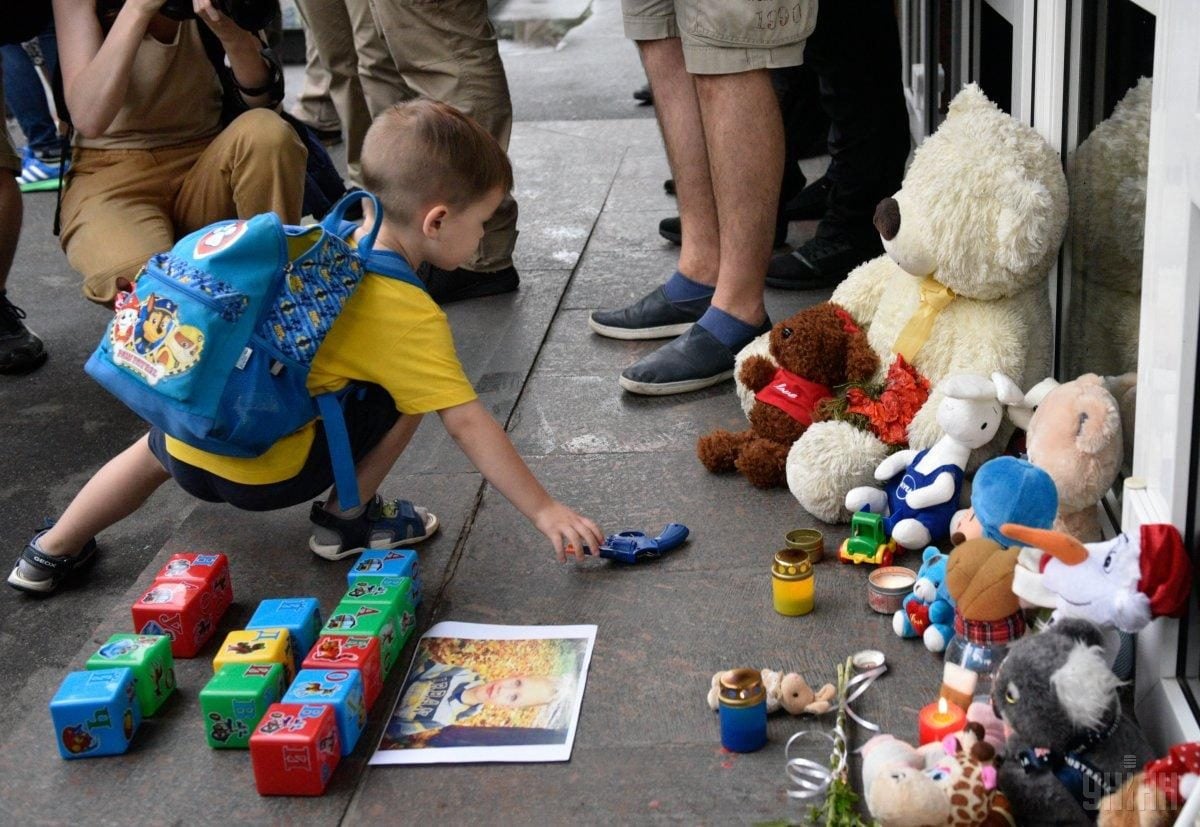 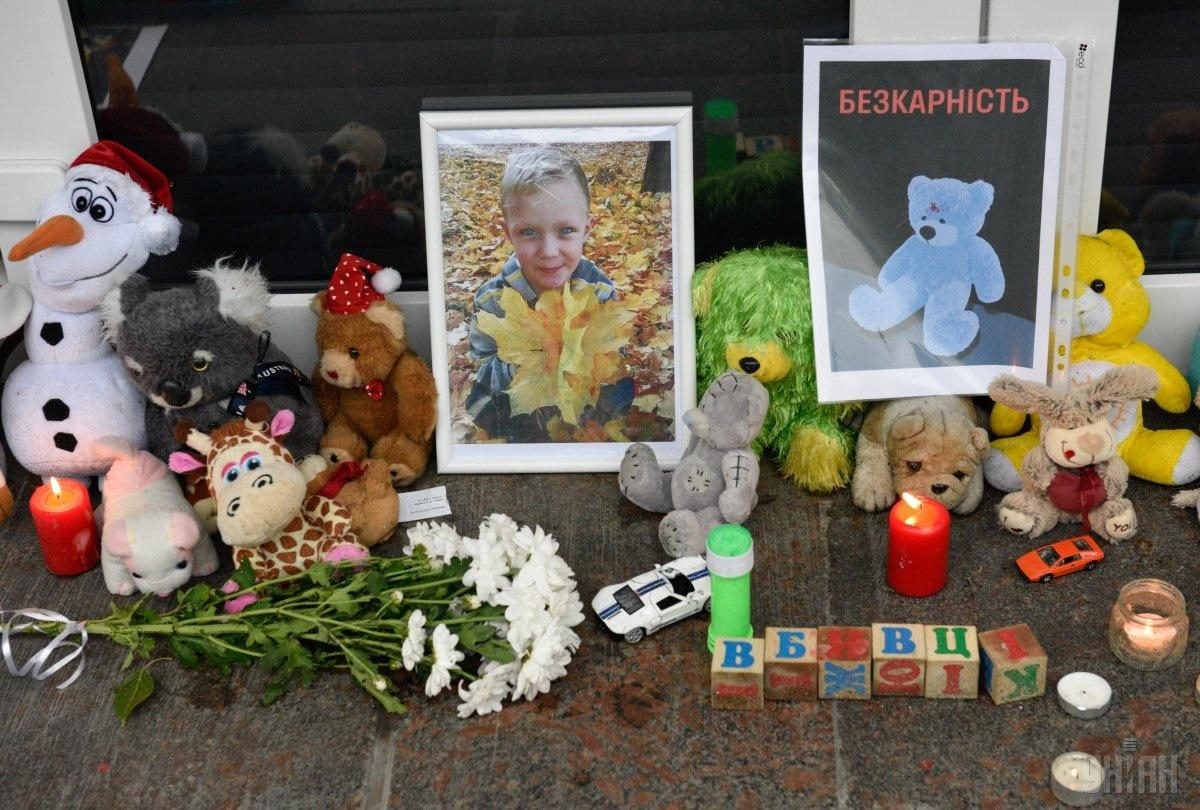 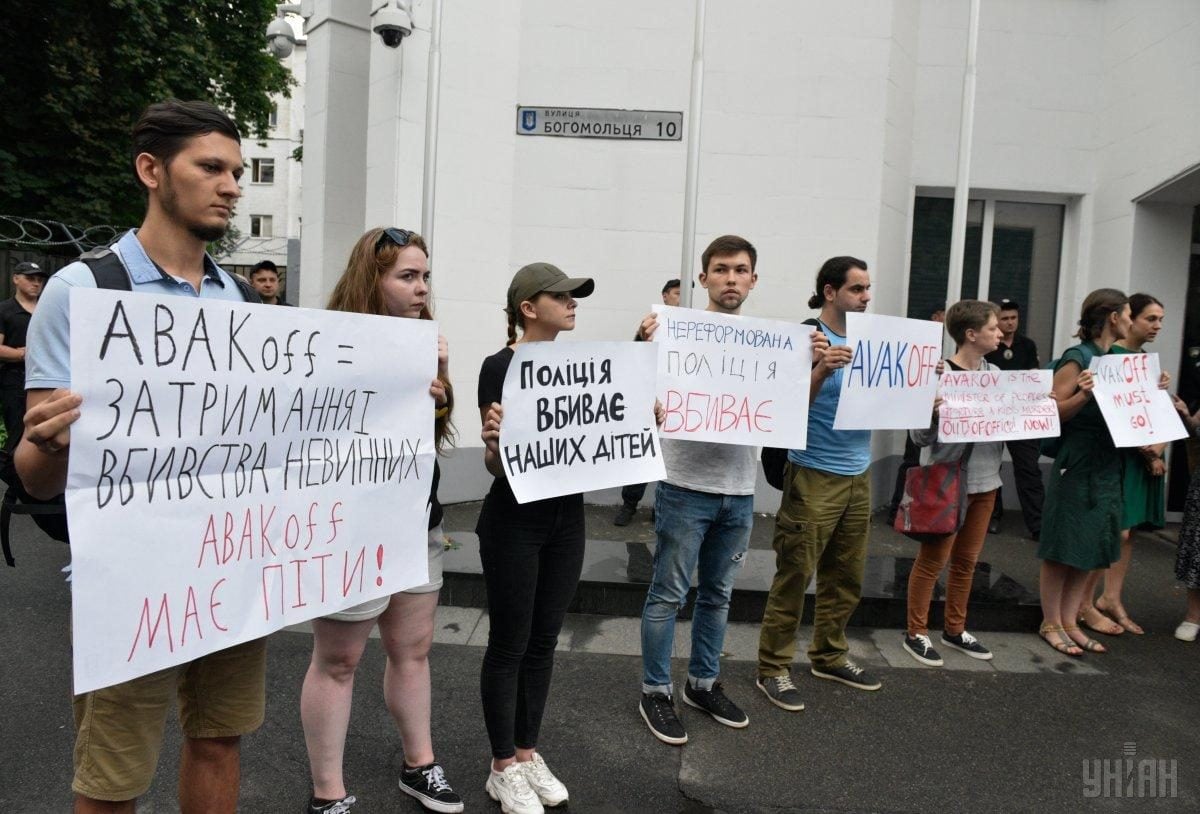 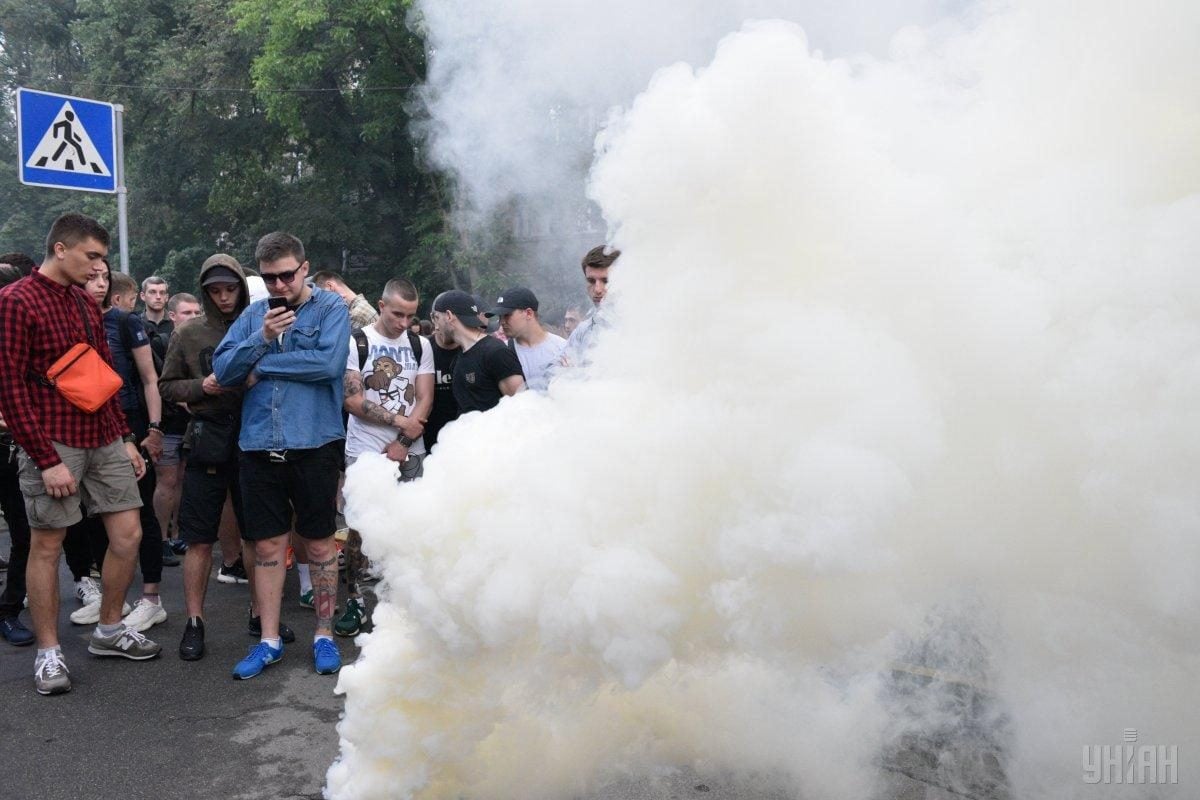 © Photo from UNIAN
If you see a spelling error on our site, select it and press Ctrl+Enter
Tags:News of Ukraineprotestsmurder