The president announced a number of steps aimed at simplifying visa regime between the two countries. 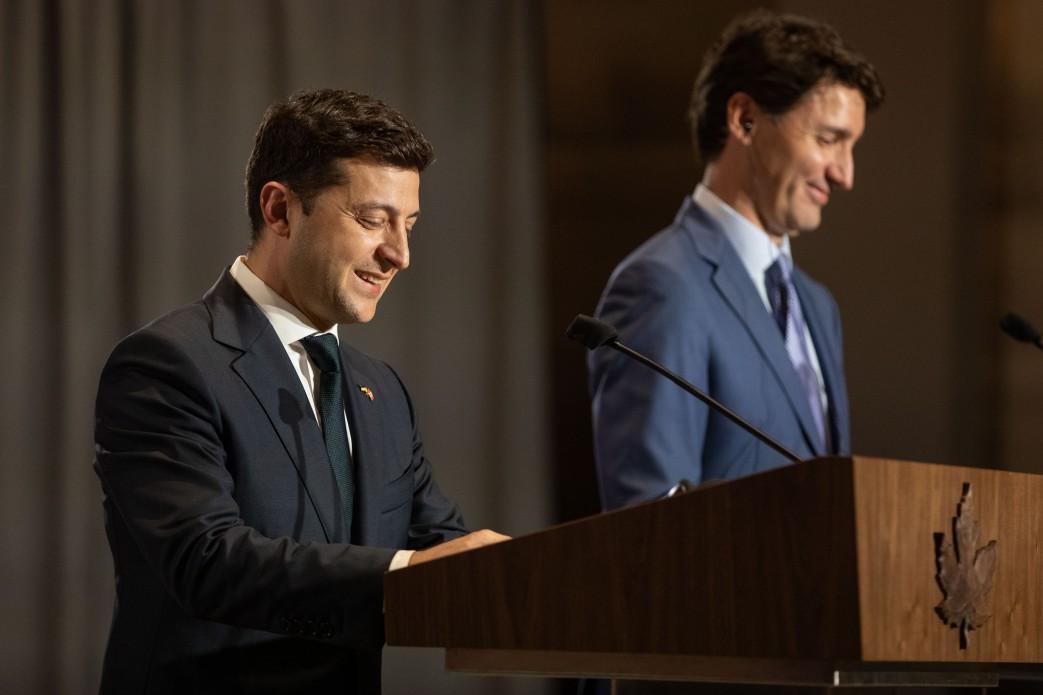 President of Ukraine Volodymyr Zelensky said the Ukrainian and Canadian authorities are starting the work toward easing entry requirements for their citizens.

During his Canada visit, speaking at a joint briefing with Canadian Prime Minister Justin Trudeau on Tuesday, July 2, Zelensky said: "Today, getting a Canadian visa is just as hard as getting tickets to an NHL game. I understand concerns of the Canadian side in the issue of easing visa requirements but I believe we will find the right solution and guarantee that our youths will return home because it's we who are primarily interested in this," TSN reports.

As for the agreements reached during the visit, the president spoke of the two steps that need to be taken toward simplification of travel.

First is the agreement on youth exchange, which Ukraine and Canada are planning to sign in the coming months, set to allow a simplified procedure for mutual trips for study and employment for up to 12 months.

The Head of State also said that the Canadian side had proposed to include Ukraine in the Trusted Travelers program, which provides for a simplified procedure for the arrival of Ukrainians in Canada.

"We consider this another step towards the future visa-free regime with Canada," said Zelensky.

As UNIAN reported earlier, President Zelensky had promised Ukrainian Canadians to defend the Ukrainian language, protect the sovereignty of Ukraine and maintain the course towards Europe and NATO.

If you see a spelling error on our site, select it and press Ctrl+Enter
Tags:News of UkrainevisasCanadaeasingtravelTrudeauexchangeZelensky