The rally was attended by the victim's father. 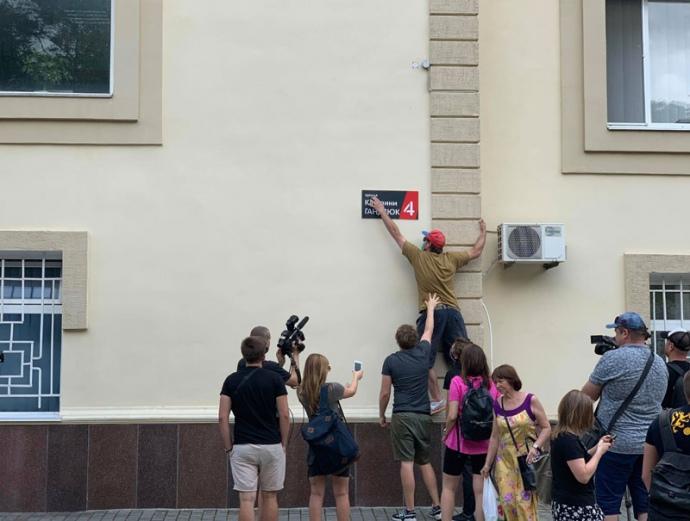 On July 31, on the anniversary of the assassination of activist Kateryna Handziuk, her friends rallied outside the Main Directorate of the National Police in Kherson region, lighting up smoke bombs and symbolically renaming the street after Handziuk.

"About 50-60 Kateryna's friends came at about 13:00. They lit smoke bombs and set up a sign with the name of the street and building number," a participant of the rally said, according to the Ukrayinska Pravda online newspaper.

He added that Deputy Chief of the Main Directorate of the National Police Oleksii Manzhievskiy came out to the crowd and assured they would not remove the sign with the name of Kateryna Handziuk on it.

The rally was attended by Kateryna's father. 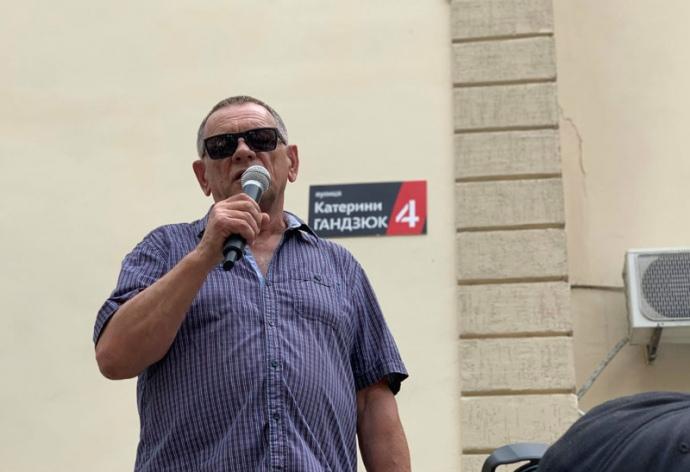 On April 12, the then Ukrainian President Petro Poroshenko accepted the resignation Gordeev.