The largest outbreaks are in countries with low measles vaccination coverage, currently or in the past. 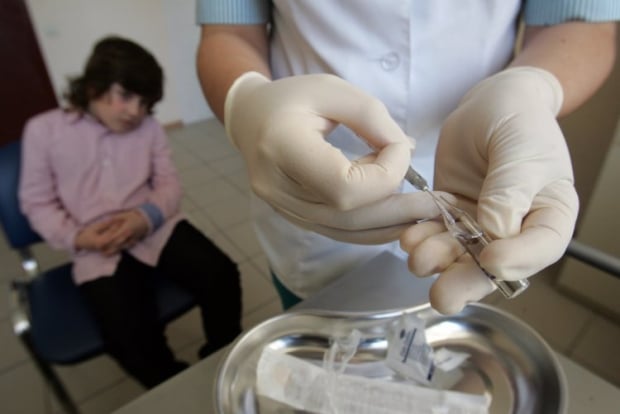 Ukraine is among the countries that have reported the highest numbers of measles cases in 2019.

"The Democratic Republic of the Congo, Madagascar and Ukraine have reported the highest numbers of cases this year," the World Health Organization (WHO) said in its report on August 12.

Measles outbreaks continue to spread rapidly around the world with millions of people globally at risk of the disease, WHO said.

In the first six months of 2019, reported measles cases are the highest they have been in any year since 2006, with outbreaks straining health care systems, and leading to serious illness, disability, and deaths in many parts of the world. There have been almost three times as many cases reported to date in 2019 as there were at this same time last year.

The largest outbreaks are in countries with low measles vaccination coverage, currently or in the past, which has left large numbers of people vulnerable to the disease. At the same time, protracted outbreaks are occurring even in countries with high national vaccination rates. This results from inequities in vaccine coverage, and gaps and disparities between communities, geographic areas, and among age-groups.

As UNIAN reported earlier with reference to Ukraine's Health Ministry, 41,640 people were infected across the country from December 28, 2018 to April 18, 2019. These included 19,271 adults and 22,369 children. Fifteen people died from complications associated with measles over the period under review, the ministry said.

If you see a spelling error on our site, select it and press Ctrl+Enter
Tags:News of UkrainehealthhealthcareWHOmeasles