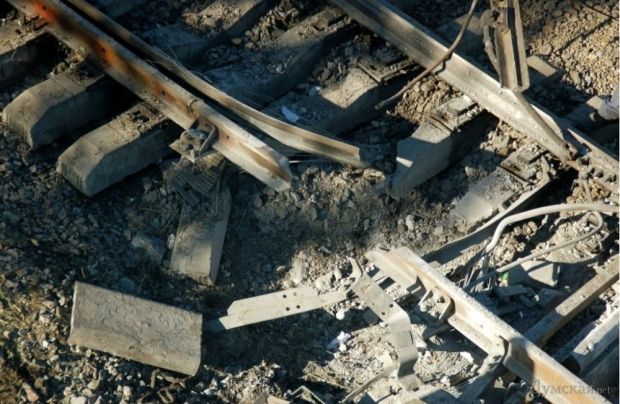 An illustrative image: A railways blast / Photo from dumskaya.net

Railways employees reported a blast to the police of Volnovakha railway station at 2035 Kyiv time on April 10. The explosion destroyed even and odd railway tracks at the stretch between two stations – Pivdenna Donbaska and Olenivka in Donetsk region.

The press service of the Ukrainian Interior Ministry reported this on April 11.

"The explosion occurred at 1950 Kyiv time at the 1,173rd kilometer of the stretch in territory that is not controlled by the Armed Forces of Ukraine," the ministry reported.

No one was injured in the explosion. Train traffic was halted.

The accident has been included in the national register of pre-trial investigations and is being investigated as a terrorist attack under Clause 1 of Article 258 of the Criminal Code of Ukraine.