Svitolina arrived in Shenzhen as the only one of the elite eight to not reach a final in 2019, but is now one win away from a double victory on Chinese soil. 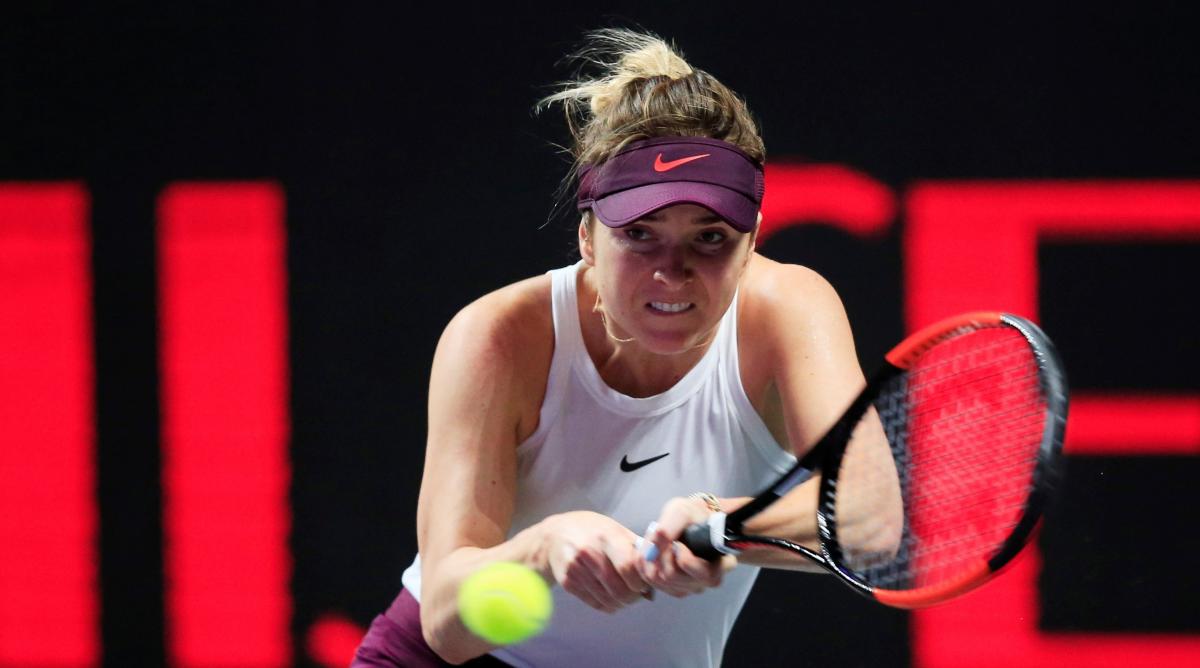 Defending champion Elina Svitolina will again contest the championship match at the WTA Finals after Belinda Bencic retired from their semifinal match in the deciding set.

The Ukrainian booked a spot in the final of the Shiseido WTA Finals Shenzhen (China) at the close of Saturday's first semifinal when Belinda Bencic retired in the deciding set, WTA Tennis reported.

The No.8 seed and defending champion worked to turn the match around after losing the opening set as the Swiss' injury concerns grew, and ultimately, the pair shook hands with Svitolina leading 5-7, 6-3, and 4-1.

The Swiss was ahead for much of the opener, as she broke in the sixth game to lead 4-2, but concerns first appeared when she received a medical timeout while leading 6-5, receiving treatment on her right hamstring.

Though Bencic won a thrilling game to break serve and seal the opener, she again received visits from the trainer over the course of the second and third sets.

The Ukrainian broke to start the second set, and never again trailed from that point. She passed her biggest test later on in the middle set, as she saved a pair of break points which would've seen Bencic level at 3-3, and ultimately broke once more to send the match to a decider.

With momentum now firmly in her corner, Svitolina lost just four points across the first three games of the final set, and though Bencic battled valiantly to hold serve in the fourth game, she ultimately could not continue after Svitolina held once more, to love.

Svitolina arrived in Shenzhen as the only one of the elite eight to not reach a final in 2019, but is now one win away from a double victory on Chinese soil.

She has a chance to again raise the trophy at the tour's last tournament of the year, but also take home a record-breaking $4.725 million purse after finishing undefeated in round robin play.

.@ElinaSvitolina advances to the finals of the Shiseido @WTAFinals Shenzhen after Bencic retires early amidst third set pic.twitter.com/LRIpDxuj9e