According to propagandists, they were not asked at the Ukrainian customs about the purpose of the visit to Kyiv. 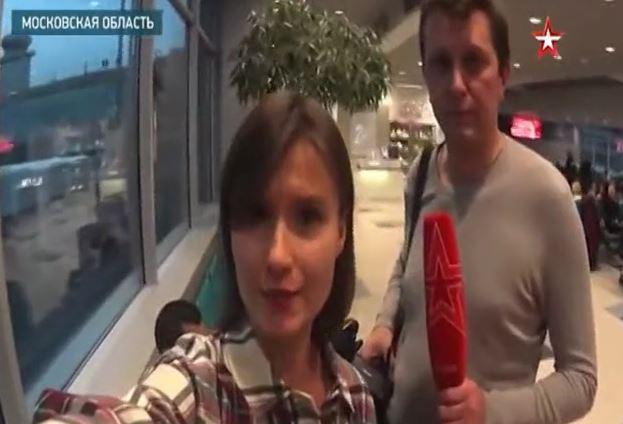 The crew turned out to be the first Russian journalists to visit Kyiv after an "invitation" voiced by Ukrainian President Volodymyr Zelensky at the Normandy Four Summit in Paris.

An unofficial entry ban for Russian journalists in Ukraine has been in force since 2014.

"Our film crew is flying to Kyiv. Mr. President Volodymyr Zelensky had invited journalists at a press conference. We have decided to check whether he keeps his promises, whether they will let us across the border. Our camera man is next to me – he has gear and a mic with our logo," said Zvezda correspondent Diana Sirazi.

The mutual ban on air traffic between Russia and Ukraine is still in force. It has been operating since October 2015, so the propagandists flew via Minsk.

Read alsoRussian TV propagandist Ernst on fake MH17 footage: "We made a mistake"

Ukrainian State Border Guard Service said in a comment that the said persons were not on the stop list.

"There is a clear procedure, in particular regarding the crossing of foreigners into Ukraine. There is no such separate category as 'journalists'. There were no instructions from law enforcement regarding this group. When they crossed the border, there were no established data that they were journalists with the Russian media," spokesman Andriy Demchenko told Censor.net.

Also, border guards had no confirmed data on whether the group had visited the occupied Crimea.

"Other law enforcement agencies can take a clear position regarding the entry ban if they have such information and provide it to the border guards," Demchenko added.