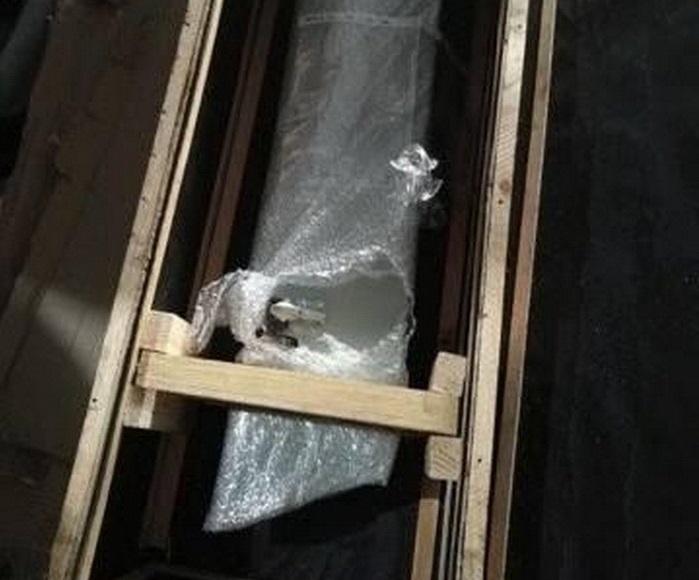 The equipment was to be delivered to the Russian customers via third countries / Photo from ssu.gov.ua

The SBU Security Service of Ukraine has prevented the smuggling of components for An-72 and An-74 military transport aircraft into Russia, which is designated by Ukraine as the aggressor state.

The dealers planned to send the said components to "customers" who acted in the interests of Russia's Defense Ministry. The equipment was supposed to be received by the "customers" from the aggressor state via third countries.

During a raid in the airport's customs terminal, as well as searches in the warehouse and at places of residence of the suspects, law enforcers found components for combat aircraft, customs and technical documentation proving the illegal shipments were being planned.

The person who was involved in handling the deal was charged under Article 333 (violation of procedure of international transfers of goods subject to state export control) of the Criminal Code of Ukraine.

If you see a spelling error on our site, select it and press Ctrl+Enter
Tags:News of UkraineRussiaSBUaircraftsmuggling