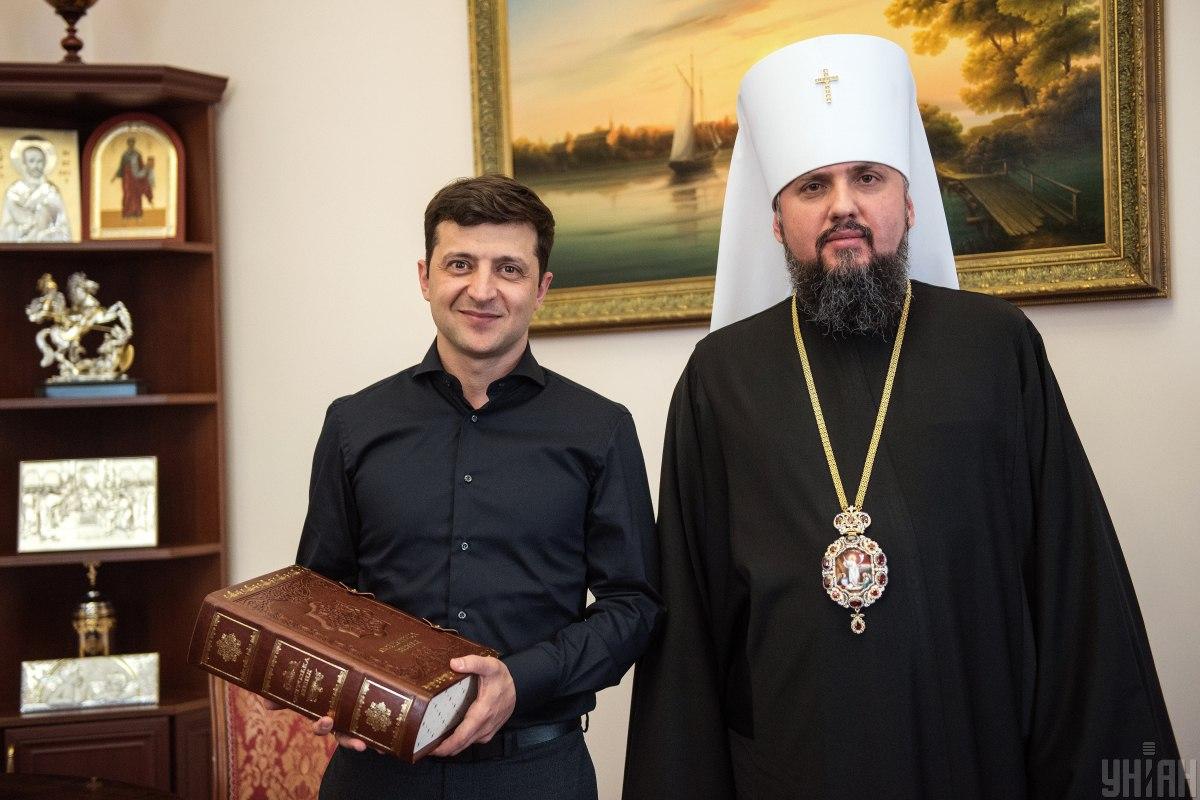 Metropolitan Epifaniy, head of the Orthodox Church of Ukraine, says he supports President Volodymyr Zelensky, who seeks to bring "fair peace" to the country's east.

"We had several meetings. The first one was after the election but before inauguration. He visited me. We had our first, type of familiarizing meeting with him," the top cleric told in an interview with TSN.ua.

Epifaniy says the president left a positive impression, adding that Zelensky seemed to have a desire to do something useful for the development of the Ukrainian state as a whole.

"And our latest encounter was in the framework of the president's meeting with the All-Ukrainian Council of Churches and Religious Organizations. So we expressed support for the president in this, I'd say, difficult testing time. That's because he really bears great responsibility. We all want to a fair peace to reign in Ukraine. And so now this responsibility lies with the Ukrainian government and personally with the president," the Metropolitan added.

Epifaniy believes that Zelensky must find a "specific formula or a specific recipe" so that "Russia's ugly undeclared war" in eastern Ukraine ends.

"First of all, there is a desire for this to be resolved in some diplomatic way. And he is trying to find this [path]. We talked about how we, as the Church, pray. Because our sacred duty is to pray, first of all. We're praying, but also we're doing everything to ensure that a fair peace reigns in Ukraine. Because we do not strive just for any kind of peace. That's because peace in captivity is also peace. All Churches were united in our support of the President of Ukraine, who strives so that peace reigns in Ukraine. We pray. And wished him success in these ongoing negotiations," Epifaniy concluded.

As UNIAN reported earlier, on November 8, the Patriarchate of Alexandria, the second highest in the diptych of Orthodox churches worldwide, following the Church of Constantinople and the Hellas Church, recognized the independent Orthodox Church of Ukraine.

If you see a spelling error on our site, select it and press Ctrl+Enter
Tags:News of UkrainereligionchurchZelenskyEpifaniyOrthodoxChurchofUkraineOrthodoxy