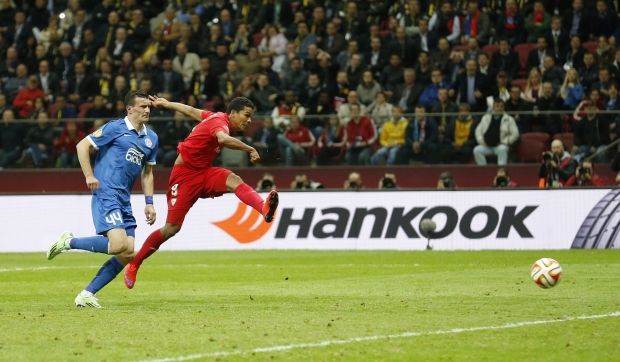 Carlos Bacca's double in an exciting final / Photo from REUTERS

"The Ukrainians, playing in their first ever European final, edged into a shock lead after former Blackburn striker Nikola Kalinic started and finished a fine move. However, two goals in three minutes and 38 seconds turned the tables in Warsaw," comments Pete Hall, a freelance football writer for Eurosport.

Sevilla will play in the Champions League next season after winning the competition for a record fourth time.