Most citizens say officials must speak Ukrainian during working hours

A total of 81% agree that the Ukrainian language is an important feature of Ukraine's independence. 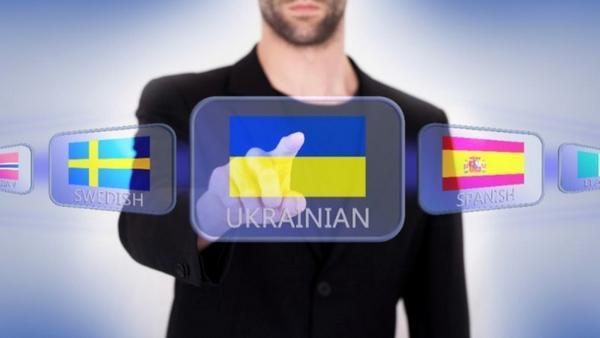 The vast majority of Ukrainians (80%) agree that all state leaders and civil servants during working hours must communicate in Ukrainian, that's according to a recent all-Ukrainian poll by the Ilko Kucheriv Democratic Initiatives Foundation and the Razumkov Center.

It is noted that 56% of respondents unconditionally agree with this statement, while 24 percent said they are "more likely" to agree, an UNIAN correspondent reports.

Residents of all regions of Ukraine agree on the official language of communication among civil servants: 96% in western Ukraine, 86% in the center, 71% in the southern part, and 64% in Ukraine's east.

A total of 81% agree that the Ukrainian language is an important feature of Ukraine’s independence: 55% agree unconditionally and 26% say they would rather agree.

In western Ukraine, 95% supported the statement, as well as 86% in the center, 71% in southern Ukraine,  and 64% in the eastern part of the country.

*** A nationwide survey was conducted from December 13 to 18 in all regions but the illegally annexed Crimea and the occupied territories of Donetsk and Luhansk regions.

A total of 2,017 respondents over the age of 18 years were interviewed. The theoretical sampling error does not exceed 2.3%.