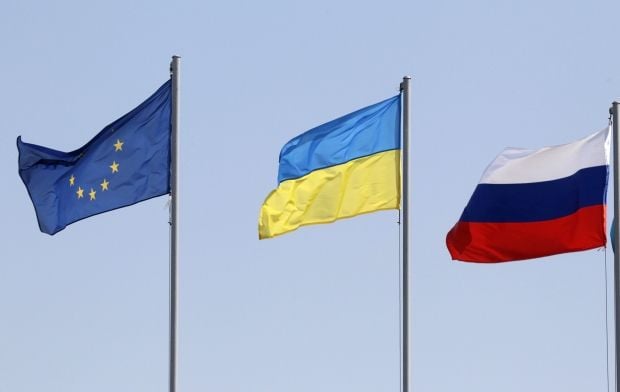 This was announced after tripartite expert consultations of the EU, Ukraine and Russia in Brussels on June 4-5, which were aimed at hammering out practical solutions to remove Russia's concerns in connection with the implementation of the Association Agreement between Ukraine and the EU.

"The consultations have confirmed readiness to further work [to remove] technical obstacles to trade and customs cooperation with regard to Russia's specified proposals, which should be provided to Ukraine and the EU by the end of next week," the ministry said in a statement.

What is more, the Ukrainian side informed about the preparation of legislative proposals on the transition to an electronic certificate verification system, which is designed to prevent possible abuse in this area, the ministry said.

Ukraine also confirmed its readiness to provide the Russian side with corresponding notifications under the framework of the World Trade Organization concerning the abovementioned legislative changes.

In addition, the Ukrainian side put forth proposals for changes and amendments to the Ukrainian-Russian veterinary agreements dated March 12, 1993, concerning mutual recognition of the results of certification.

During the consultations, the Ukrainian representatives proceeded from the importance of strict adherence to the agreements reached at the ministerial level on September 12, 2014, and May 18, 2015, as well as from the need to switch from the discussion of theoretically possible threats to the search for practical solutions or the prevention of economically justified problems and challenges.

Earlier, Ukrainian Foreign Minister Pavlo Klimkin announced after May 18 tripartite consultations between Ukraine, the EU and Russia in Brussels that Russia no longer had objections to the full implementation of the free trade zone agreement between Ukraine and the EU starting from January 1, 2016.

The next round of the tripartite technical consultations on the free trade agreement between the EU and Ukraine is scheduled for the end of June 2015.