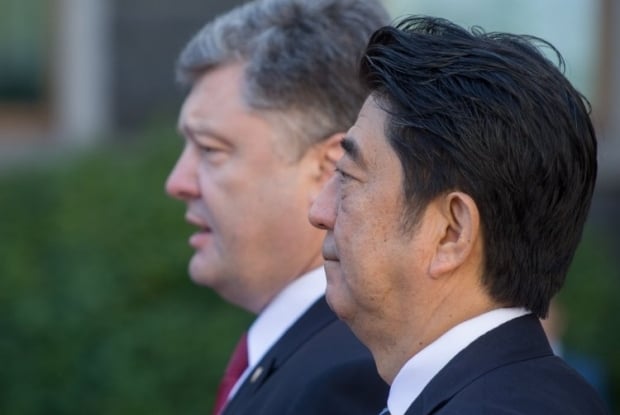 Poroshenko announced this at a joint press conference with the Japanese prime minister, who was on an official visit to Ukraine on Saturday ahead of the G7 summit he is participating in. The head of the Japanese government visited Ukraine for the first time since the establishment of diplomatic relations between Ukraine and Japan in 1992.

"We have substantively discussed, among other things, ways to simplify visa regime for Ukrainian citizens travelling to Japan and agreed that we will carry out important steps in this direction in the near future," the president said.

According to Poroshenko, the meeting with the Japanese premier also "focused on practical aspects of deepening cooperation between Ukraine and Japan in trade, energy, science and technology, infrastructure development, humanitarian sphere and sphere of interpersonal contacts."